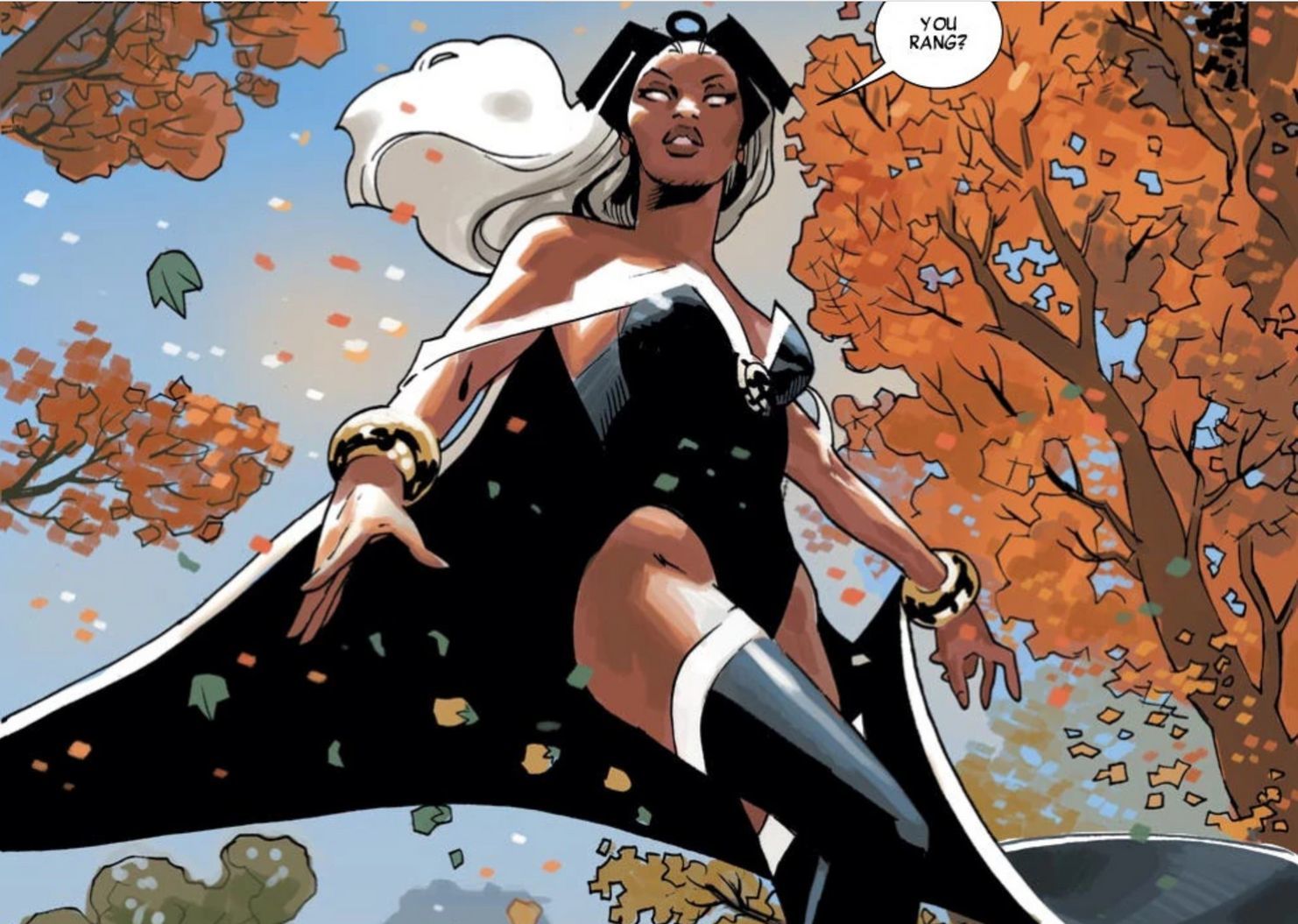 The Nerd community is a really tough bastard to please. The Black Nerd community, maybe even more so. Still, because we rarely get what we want, throwing us a really big bone is often a good way to buy yourself some goodwill and keep our adamantium claws firmly in our hands a bit longer. Storm is probably the biggest get out of jail free card that may never get played. Last year, Bryan Singer announced that they had found their next Cyclops, Jean Grey and Storm for the X-Men: Apocalypse film.

Now, you probably noticed… they are young. Like, could be Famke Janssen’s kids young. But that was to be expected, considering that the Apocalypse film was essentially going to be set in the “First Class” timeline with no wonky time travel going on this time (new powered-up Kitty Pryde not included). So, we weren’t going to get the old Scott, Jean and Ororo in their Hollywood Geriatric state, and that’s fine ’cause bruh, that’s actually a good thing. So, we can talk Sansa Stark playing Jean Grey (I’m going to need more convincing) or Tye “You might remember me from Mud, actually naw, you probably don’t” Sheridan playing Cyclops, but come on, fam. You’re on Black Nerd Problems right now… you know we’re gonna talk about Ororo Da Literal Gawd.

I do love that Obama doe #StateOfTheUnion

I like that she is willing to take on big iconic roles that resonate specifically with the Black community. But I also know that the Aaliyah biopic was a derailed train into a forest fire. And when movies are that bad, but the lead actress or actor is amazing, that becomes the narrative. Like, Chadwick Boseman in Get On Up. Or most small films that Tom Hardy stars in. Or Viola Davis starring in this planet Earth. None such came out of that Lifetime feature except it might take a Lifetime to erase that from Aaliyah’s legacy. None of this is really about Alexandra Shipp though. Which, really sucks for her. But it isn’t.

What this is about is the way that Hollywood continues to pretend that no impact or history lies in the darkness of someone’s skin. Well, when I say Hollywood, in this case I mean Bryan Singer. And when I say “someone’s skin,” I really mean Black Women. Brothas can fall victim to skin shade discrimination as well, but, outside of skin color, they don’t have to deal with the impossible beauty standards of women, let alone a dark-complected woman. Plenty of people will say (with or without venom): “What’s the real issue, it’s not like they cast a white woman as Storm, does it really need to be this complicated?” Yeah, it kind of does. 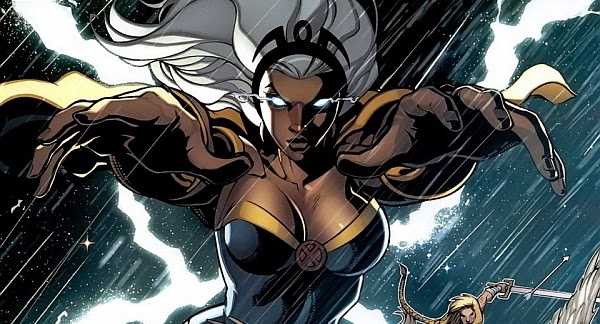 Even as a fictional character, Storm is a feminist symbol for Black Women the way that most assume Wonder Woman has been for women all these years. Storm has always been powerful, goddess-like and African. And no, not Charlize Theron, South African. Her dark complexion has always been part of her appearance and it’s not by accident. The same way it isn’t an accident that Storm has become a beacon and symbol for women with darker skin for decades now. The unwillingness to recognize that is just another thunderbolt in the side of a demographic of women who frankly, are plenty used to it by now. Still not understanding the public contempt for this casting choice? OK…

Without turning a column centering around Storm into a column about slavery (where this really takes hold), I will say that the stigma of black women that are darker being ugly, less desirable or just plain less than, goes back a lot further than the X-Men. Unfortunately, time has done little to eradicate that notion. It’s why Lupita’s rise to fame was constantly met with, “I don’t get it, I don’t see why people think she’s beautiful.” Or the New York Times calling Viola Davis “less classically beautiful.” Or why there are about 17 things wrong with Zoe Saldana being cast as Nina Simone, but one of the most talked about is how much lighter she is than Nina was. Black does not equate to all black. For Nina specifically (but for other cases broadly), the disregard for her struggle in the world because she was dark complected is a disregard of her daily story. Her most honest story. Now Storm is a fictional character, she does not have a daily grind, struggle and catalog of insults, dismissals and micro-aggressions that have to be accounted for. But living and breathing Black Women that embrace the idea of Storm, do have to face those things. If you look at certain movies, editorials or documentaries, you’ll see this isn’t a new or unexplored conversation locally or out in the world. It’s a real thing that effects the public in a real way. 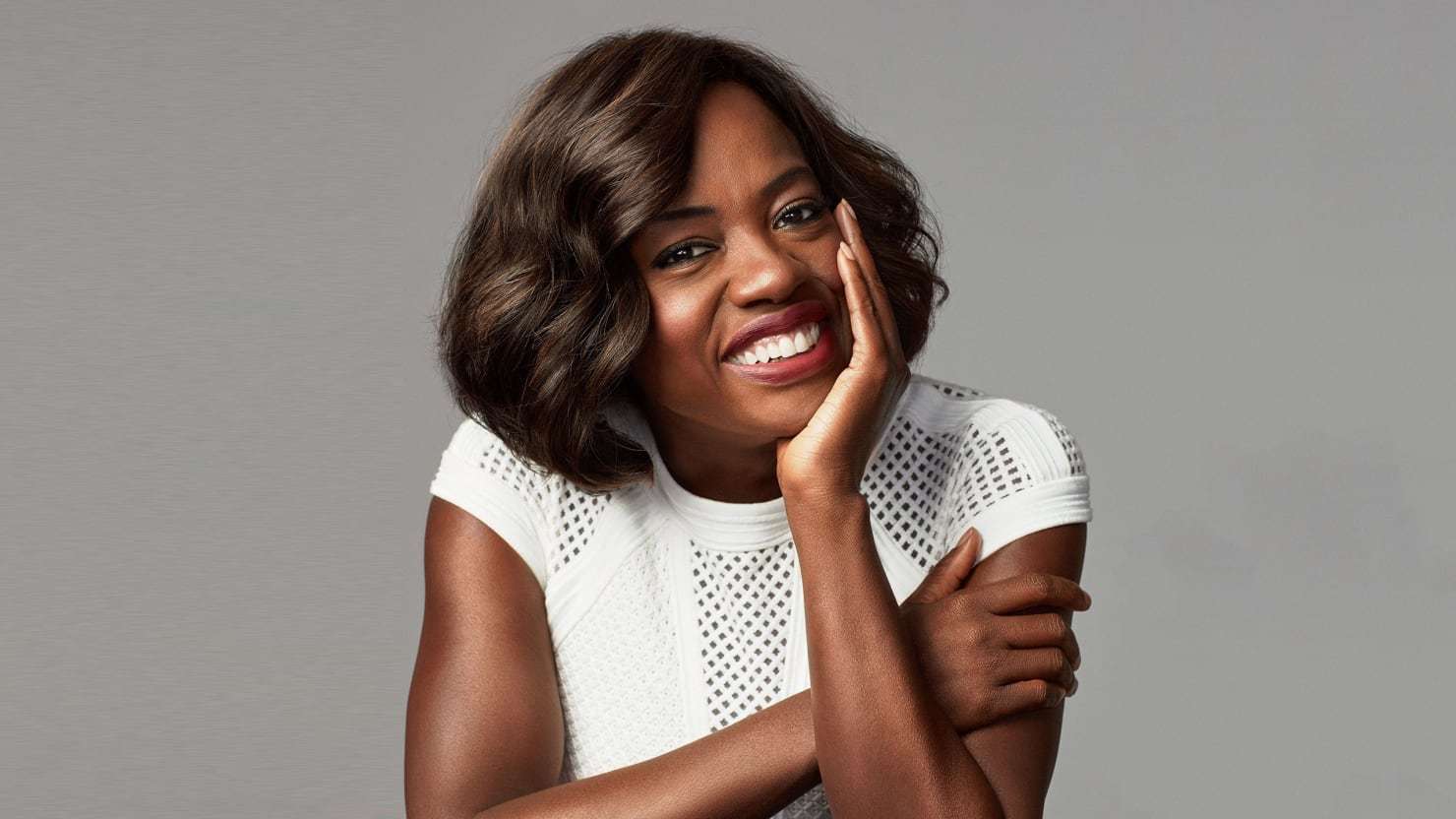 I do empathize with actors and actresses in these cases, to an extent. This is a passion and an art for them, but it’s also a job. And the economy might be doing pretty well right now, but you ain’t supposed to turn down gigs like that. Maybe Alexandra Shipp has been a Storm fan for years too. Maybe, the symbol that is Storm has been a source of power and pride for her just like many other Black Women and this is a dream come true for her. But that empathy doesn’t really do much to alleviate the consistent knocking in the back of Black Women’s skulls that have been passed over because they were too dark. To simply dismiss this as a non-starter of an issue is really just another level of “I don’t see color,” but instead it’s “I don’t see the difference between one black person to another.”

Because I’m an X-Men fan and because I’m an Ororo Munroe stan, I hope Alexandra Shipp kills it. Lord knows that we need a good Storm performance after all these years. But I think it would be foolish to say that many of us were surprised that an actress a bit on the lighter shade of the spectrum was cast. Dark girls even less though. Still, I’m rooting for Alexandra personally, at least she’s doing the work. Also, if you want to do the work yourselves for Storm, hopefully you’re already supporting writer Greg Pak on his recent run of the comic.