TellTale is winding down its first go at the Game of Thrones lore and there were plenty of big game changing moments in the penultimate episode. Every POV character makes a pretty big splash for their personal story with an eye on how it will affect the overall narrative in a big way. Is it a great episode though? Not necessarily. Many of the situations were pretty contrived and there is some character development that doesn’t venture down a logical path at times. People who have been forthright go back on their word, betraying not only the circumstance in this game but in the source material as well. At times, you are left with options that are simply more pigeon-holed than they should be for the character, the result being to just make you choose between some really bad choices. It’s not a bad episode, but probably the weakest of the run thus far, which is a little concerning since there’s only one episode left. It is an action heavy episode, which is actually OK since so much exposition has been done to get here. For instance, the scenes involving Garret and crew north of The Wall run into some north of The Wall kind of problems and it ratchets up the stakes for his quest. The resolution, and more so the why in how he convinces everyone to push forward North is a bit of a leap, but it still works. Perhaps the best overall section of this week’s episode is with Asher in Meereen as he still has to find his army to bring it back to Westeros. Yeah, I know, Daenerys was supposed to take care of that for him if he completed the task right? Bruh, don’t get me started. Still, how he goes about getting his crew and the volatility of the situation is fun and nuanced in how you can approach it. Which isn’t neccessarily the case with Mira in King’s Landing. After gaining some great momentum as she definitely learned how to play the game that is politics and getting what you want in King’s Landing, she becomes someone with none of those skills in this episode. She is forced to match wits with both Cersei and Tyrion, neither of the interactions giving you a chance to apply any cunning or subversiveness while making your outcome very black and white (black, let’s just say black). 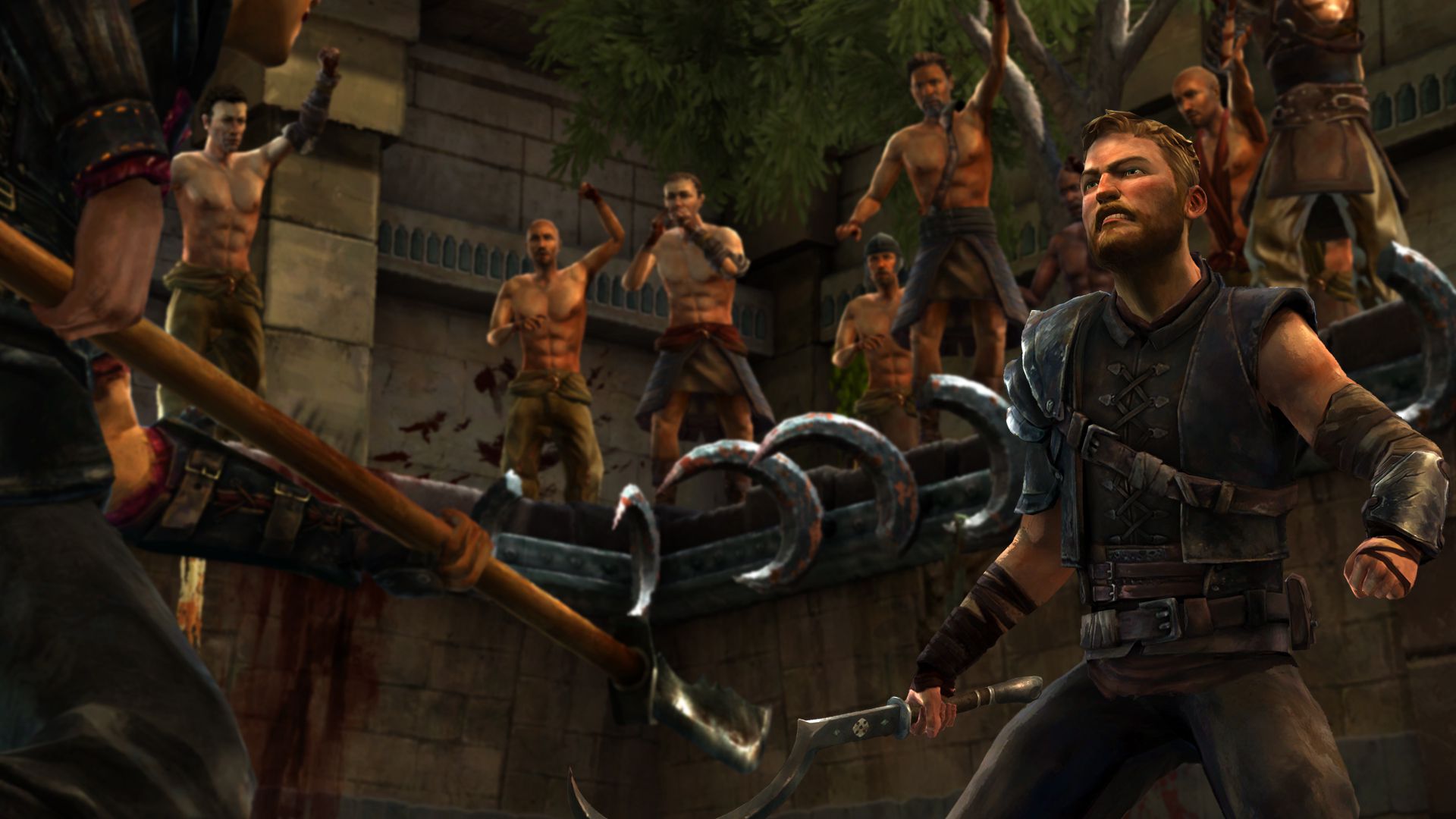 What probably hurts the episode most though is the history that it leans on to be successful in the first place. As last episode left off with Ramsay paying a visit to the Forrester great hall, dealing with him feels futile. You can choose aggressive options, but the reality is, you know you can’t actually kill Ramsay because he’s still alive far past this point in the story within the books and TV show. It feels a bit neutered and hamstrung. The same in dealing with Tyrion as Mira. You can try to help Tyrion or get Tyrion to trust you, but if you know how and when he escapes the Black cells, then you know he can do little for your character. It’s a problem this game hasn’t run into a lot, but it’s jarring when it does.
[divider type=”thin”]
Possibly the weakest of the episodes thus far, but not all bad with some cool action sequences and a big, huge decision near the end that will definitely alter the finale. I’m still looking forward to it, but I am a little concerned about the resolution, given some of the off-putting moments that occurred during this one.