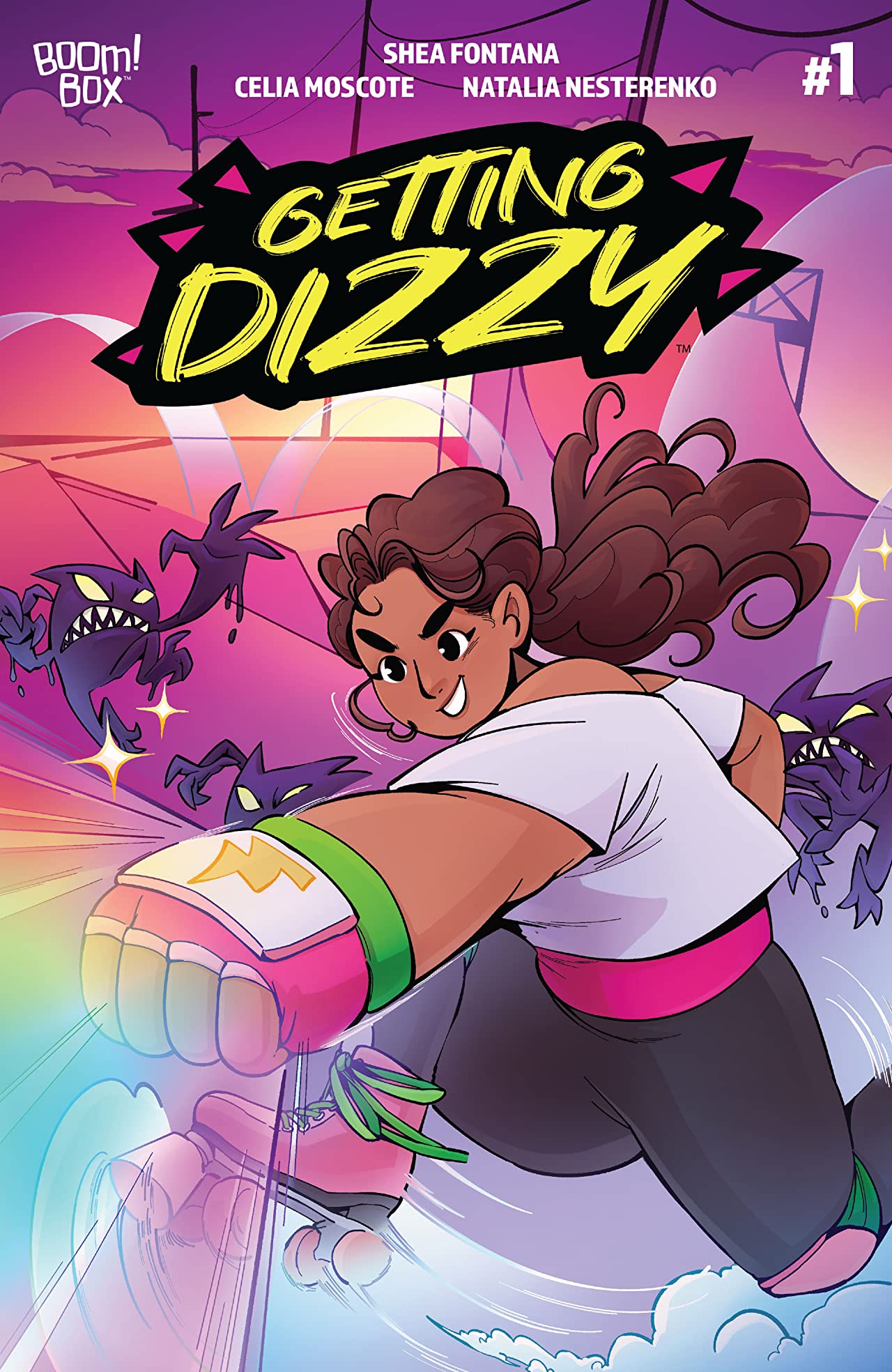 There is something to be said about the needless cruelty of children and something to be said about the kids who attempt to strive above it. The latest endearing series from Boom! Studios starts with a brief introduction to Desideria Olsen. It opens with a magical girl-esque dream sequence that promptly crashes that pristine reality to one where Desideria is bullied by her peers and not helped by the one authority figure in the room. However, Desideria decides not to let this keep her down. She works to rebrand herself as Dizzy and tries to do things like impressive boys with “street art” although fate has something else in mind.

Getting Dizzy‘s true premise is that Dizzy manages to find herself bestowed with literal skates of destiny to fend off the Negatrixes, little impish creatures that seem to cause a bunch of trouble. Given that Dizzy gave up skating a while ago, her first venture is a little rough to say the least, but there is something charming about the approach.

Moscote’s vibrant illustrations alongside Nesterenko’s bright colors lend themselves to a wonderfully playful read. Dizzy’s actions are exceedingly animated, and the color scheme feels very fitting to a story centered around skating. The team makes Dizzy very expressive and the quick pivots from embolden to embarrassed to embolden are fun to watch on the page. There are some fun riffs on magical girl elements and grounded moments of day-to-day friendship, and it all works.

Fontana’s narrative plays out in a predictable manner, using the first issue to quickly dive into the world and establish all of the pieces up front. Dizzy is staged as a very amicable protagonist and one we naturally want to root for and relate to (who didn’t grow up expecting a call to action), and her natural energy pops off the page. The superhero-ish elements do feel a little rushed into, but the messaging and humor keep it grounded.

There are a couple fun facets of Getting Dizzy and I think it’s gonna be a perfect fit for its intended audience. Fontana and Moscote have created a neat sandbox that I’m sure will be a great foundation in the remaining three issues of the mini-series.