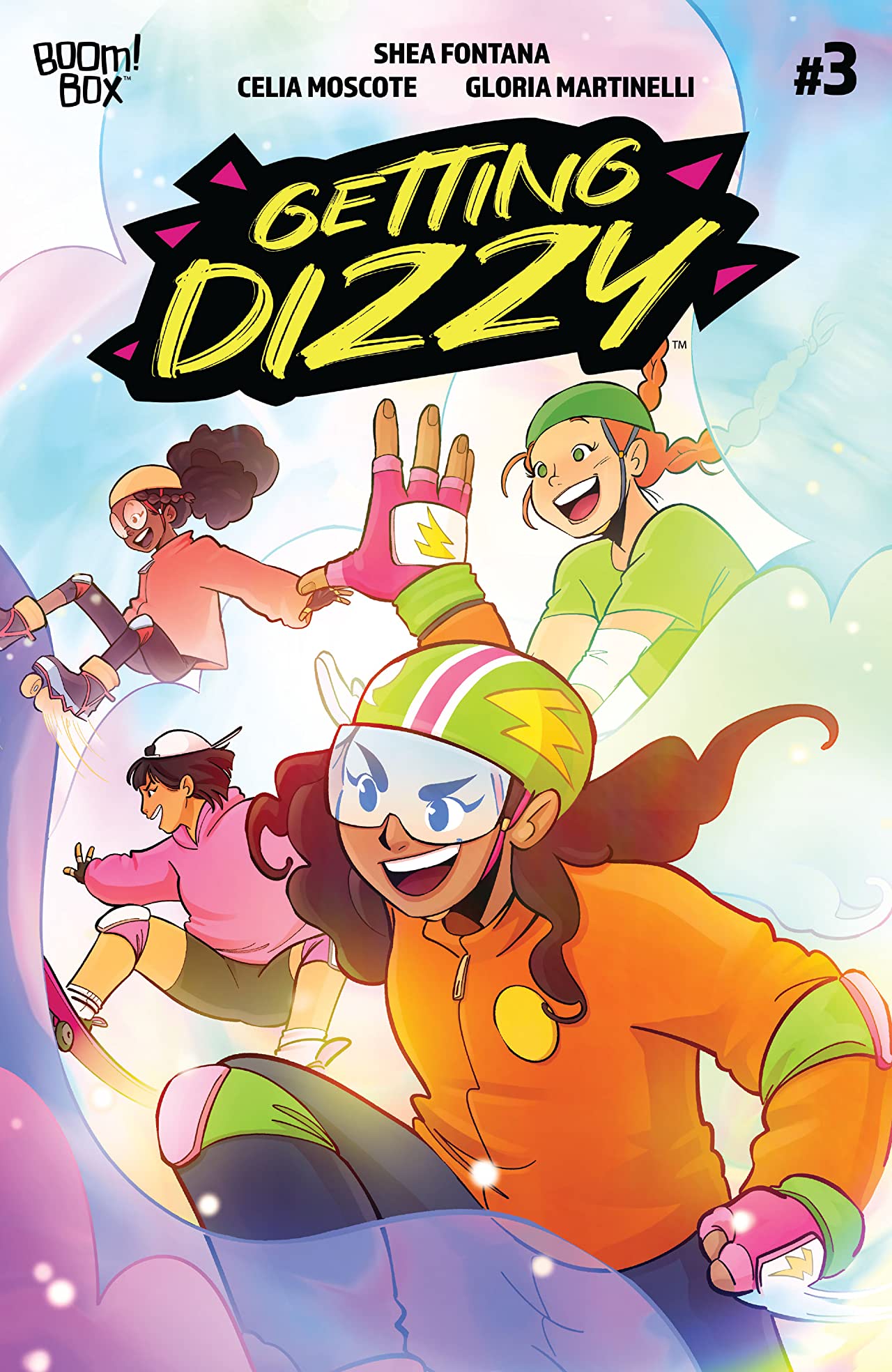 One of the oft-repeated narrative points in the first two issues of Getting Dizzy is the fact that Dizzy things she has to be the only one to solve the whole Negatrixes situations. She believes she is the proverbial “Chosen One” and that she ultimately has to rely on her own wits and prowess to save the day. And the start of Getting Dizzy #3 provides a unique window into why Dizzy feels this way as her mother manages to open the front door despite carrying too many objects and trying to account for too many things in the day.

It’s a very clever addition from Fontana, and it provides a stronger filter to understand the issue. Getting Dizzy #3 is the penultimate issue of the series, and it manages to cover an impresses amount of ground. There’s further deepening of the friendship between the Burb Defenders as they prepare for the skating competitions, there’s individual character growth in the form of Dizzy becoming more confident, and there’s a lot of signposting of how the big conflict is going to get started; however, that’s not a bad thing. Fontana knows her audience is predominantly teens and writes the events such that twists are telegraphed in such a way that the reader feels rewarded by putting the pieces together just ahead of the characters. It’s a delicate balance that Fontana skates (pun very much intended), but she successfully coordinates a lot of small moments very elegantly to make for successive grand reveals at the end, and it segues perfectly into the conclusion coming next issue.

On top of that, Moscote’s artwork remains vividly vibrant and appealing to the eye. The animated expressions of the characters radiate their emotions perfectly and captures the joys and the despairs of being a kid wonderfully. Every page feels lively and kinetic and makes for an enjoyable reading experience.

Getting Dizzy has been gaining momentum throughout its run, and I am looking forward to its conclusion. Fontana and Moscote have tinkered with familiar tropes and have crafted a comic that will resonate with the audience, and I’m certain they’ll cross the finish line in proper form next issue.

Enjoying Getting Dizzy? Check out BNP’s other reviews here.