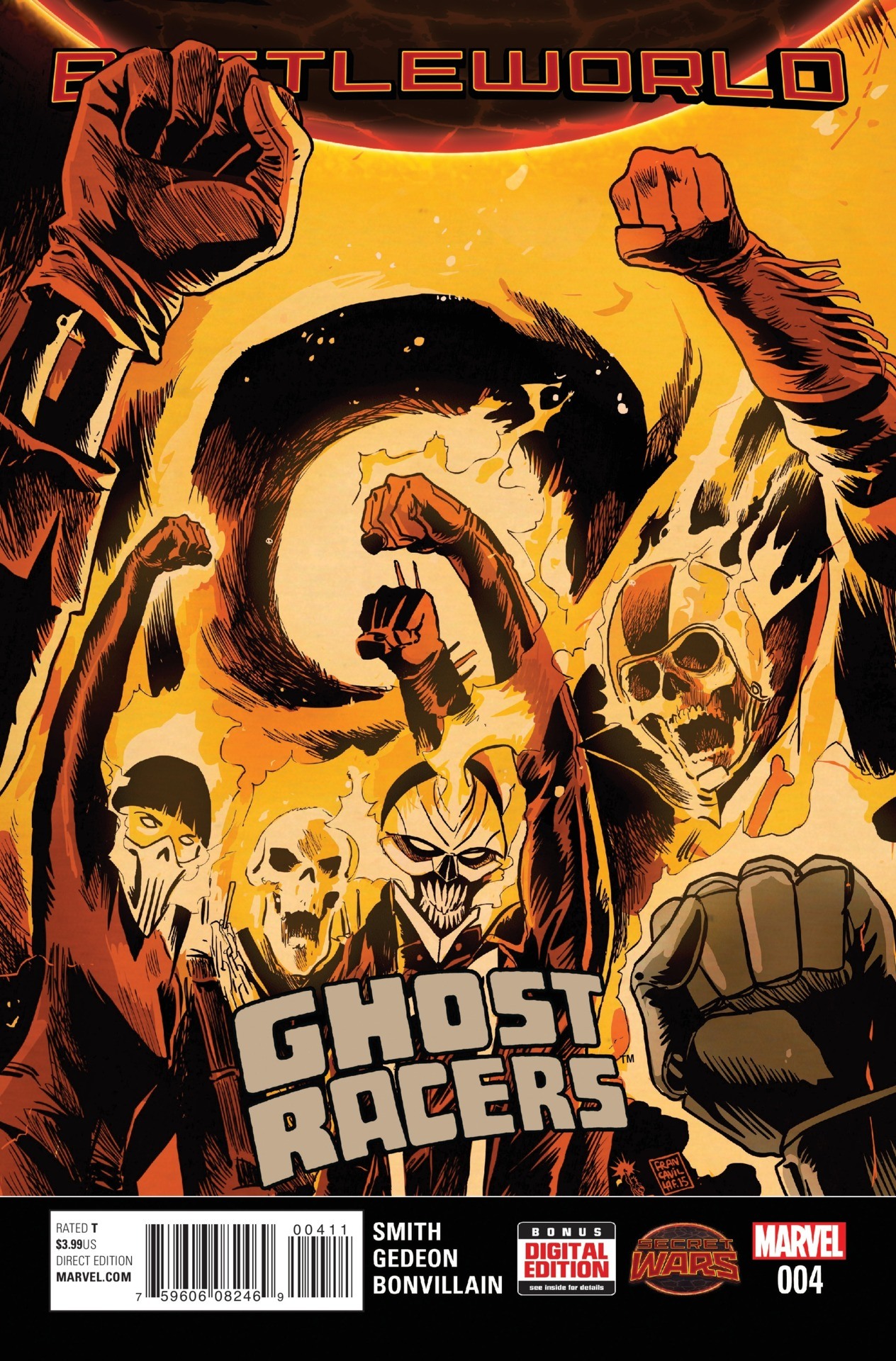 So, after countless delays and scheduling changes we’re finally starting to see some daylight at the end of the tunnel. The end of Secret Wars seems to be drawing to a close… umm… eventually, and so the tie-ins are wrapping up first. So far, most of the titles that have wrapped to date have had mediocre to fair endings mainly because everyone knows Battleworld is a temporary thing, so most writers have seen fit to just tie everything up in a neat bow without fear of future obstacles. With that said, will the mostly entertaining Ghost Racers be a victim of its own ridiculous fun?

The final chapter of the Grindhouse-level action romp sees the former king of the Killiseum, Robbie Reyes, on the lamb from Arcade and Zadkiel. The twist is when he’s pulled back into the brutal games because the evil game show host (Arcade, not Steve Harvey, in case you were confused) made things all too personal. The result is a no-holds-barred free for all, knockdown, drag-out slugfest for the fate of the Reyes family which was fun and effective, but I couldn’t help but feel like it would have been even more effective if this whole series weren’t already a free for all, knockdown, drag-out slugfest.

The resolution was satisfying enough, but it would have been nice to see Robbie use different tactics to win the day other than the usual “beat’em up, ask questions later” modus operandi. Then again, that’s all Transformers movies are and people keep watching those, so if it ain’t broke, don’t fix it. Being a Secret Wars tie-in, the time table it had to work with didn’t exactly make room for the same kind of character development we’d previously gotten from Felipe Smith’s previous Ghost Rider work, but that’s the nature of these events so it’s probably not fair to hold that against him. Juan Gedeon’s visuals were mainly tight, handling the battles well except in a couple of panels where the color palette hinders the amount of characters being depicted, causing them all to blend together to the point of confusion.

Bottom Line: A little cluttered at times visually, a little rushed, depth-wise, but mainly a good way to end this well intentioned, fun beat’em up story.