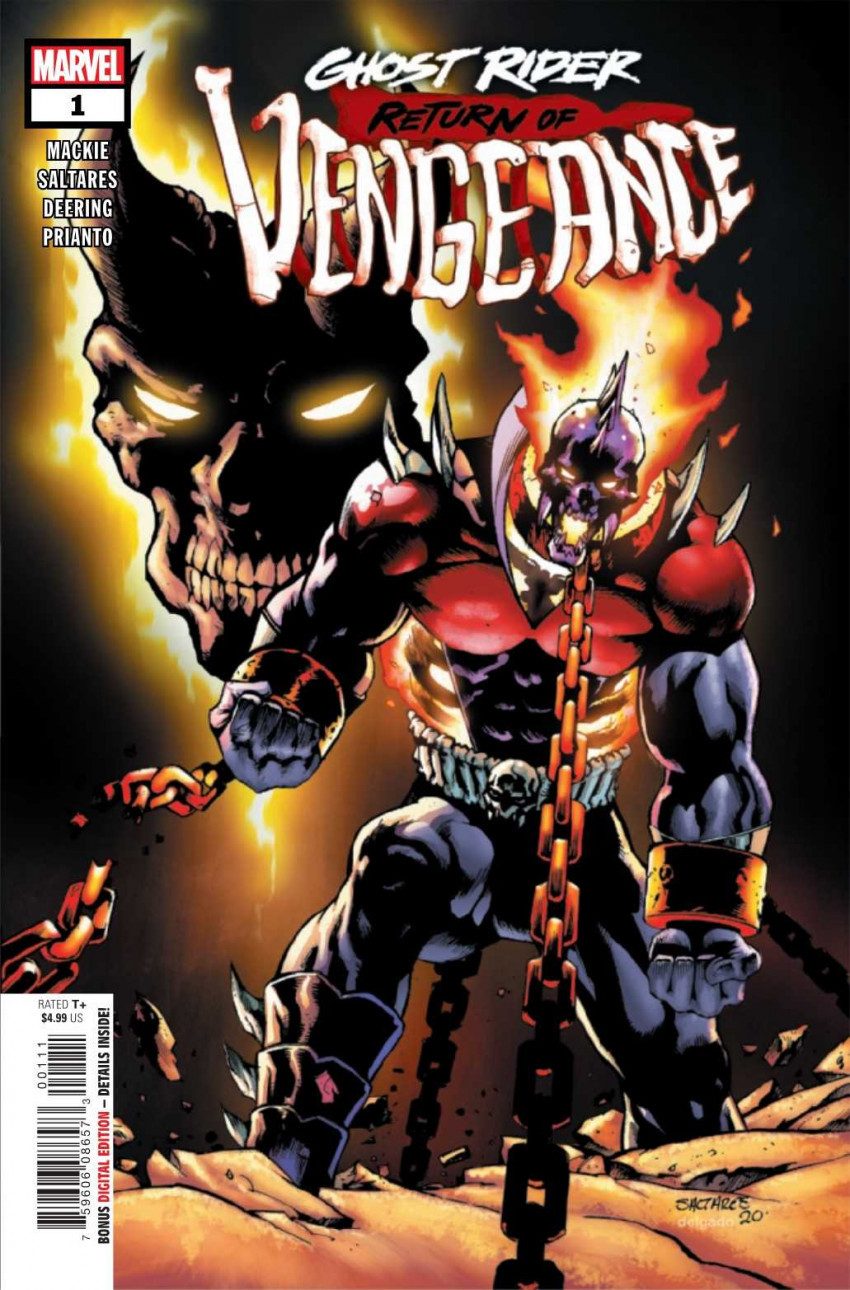 Ghost Rider: Return of Vengeance…is not a good book. Not even remotely good. You know how Cobra Kai is a goofy but well meaning unpacking of 80s tropes and how not all of them age well? Well, this isn’t that kind of nostalgia. It’s a flashback to a time in comics where being edgy was defined by which character design has the most chains, spikes and sharp teeth. The guy formerly known as Vengeance is trapped in Hell while his prison warden spends at least a few pages of the comic info-dumping his origins and relationship to his fellow Ghost Riders. So, needless to say, he had to try and make his escape.

The problem with this isn’t that we’ve seen a similar premise play out with other Ghost Riders. Big Two comics have a tendency to lean towards the derivative. The real flaw is that other stories were done better. I at least cared what happened to our heroes whether it was Johnny Blaze or Danny Ketch. This guy beneath the Vengeance hellfire…at no point in this book was I moved to care about his survival one way or the other. The dialogue suffered from Explainer’s Disease, lots of telling when it could have been (or, in fact, was) showing. Visually, the book was sort of paint-by-numbers and didn’t do much to really flesh out or play with the aesthetic established by past artists who have worked on this version of Hell. Outside of Vengeance, there wasn’t much detail to distinguish the other characters from each other.

Bottom Line: I’ve never read a comic that did this much explaining without explaining anything about the title character that might make me care about him. In essence, this was a boring book that should only be distributed for free with a Ghost Rider action figure…as a digital code…to save money on paper.