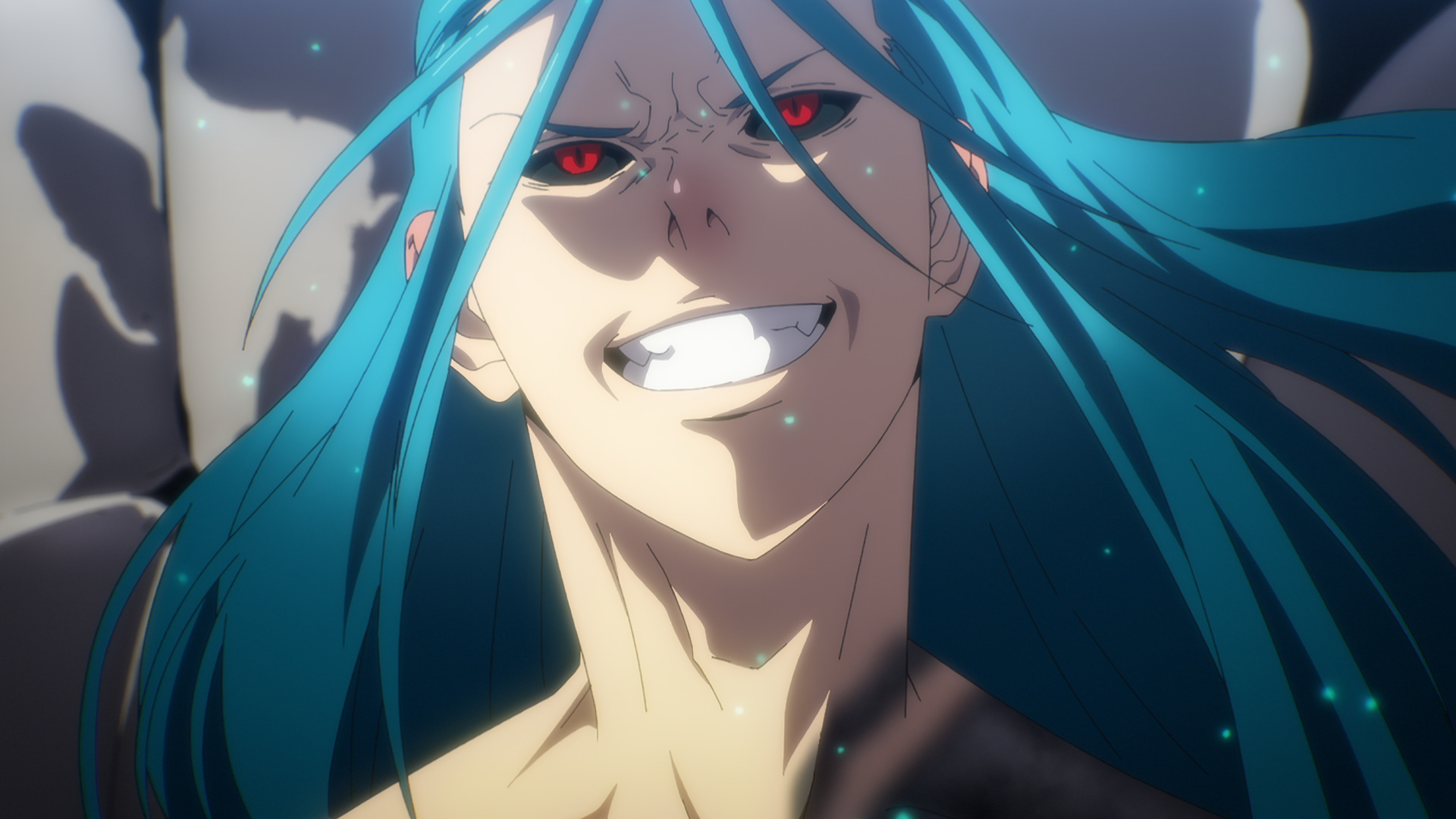 We’ve gone from 10 dope episodes of mostly high school tournament to full on apocalypse without much explanation up as to why. What we do know is Nox believes in monotheism and anyone who believes in another god or gods deserves to die. The Six are the baddest cats around who oppose Nox and their murderous ways. The Six consists of Park Mujin aka Tiger Cub, the drum circle artillery stacked man, Seo Hallyang aka The Hulk, and fellow members The Magician, The Loan Shark, The Devine Doctor, and Re Birth who haven’t gotten any shine just yet. Everyone is after “The Key” which we find out has been awakened in Park Ilpyo. Besides that, it’s been a eye popping last 3 episodes of insanity without many details.

Now is the Beginning and the End

Sang Mandeok aka Omega Nox gets back to opening the gates of their god and out comes Darkseid parademon lookin creatures as our trio look on in confusion. Omega Nox welcomes his omnipotent god and king to descend, and the shadowy monstrosity obliges. The commissioners battle the minions on the ground, and Park Mujin gets ready for that defensive action. Meanwhile, a mysterious man with a cane and magician’s wand vows to avenge his grandson, even if it costs him his life. He seems mysterious unless you recall that one scene from episode 6, which will jog your memory that this guy is actually The Magician, a member of the Six. More on him later.

Back in the present, Ilpyo is turning Taek’s face into Korean mashed potatoes, after Shark Tooth’s charyeok munches Ilpyo’s teammates limbs off. Now that I think about it, this was one of the first glaring issues with the pace of this episode.

We get no context as to how Taek acquired these evil eyes and demonic mouth mutations. Is one person allowed to have two different types of charyeok? Because the shark he’s been using and these foul mouth creatures are quite different. Unfortunately, God of High School had to fit 100+ chapters into 13 episodes of animated crack and couldn’t flesh out them character bios, so it’s back to the action.

Ilpyo still got the power of the Nine-Tailed spirit, and he goes animalistic on Taek, who loves seeing this surprising side of the typically gentle teen. Looked like Ilpyo had Taek dead to rights until that kill or be a loser mentality comes back around, and Taek swallows Ilpyo whole, turns into an ameba-like form, and out pops the key, which everybody darts after. Mori winds up with the key and Mujin promptly teleports him, and everyone around them to some plane that should keep them safe while he attempts to stop this god from crash landing.

Tragedy be Thy Backstory

We find out Jegal Taek’s mom sells her young son off to some old dude who decides Taek will be the heir to inherit everything the man worked for. In the first 5 seconds of meeting the boy, this geezer instills some wildly toxic win or you’re a loser characteristics of there only being winners and losers in this world, into the young lad. Fast forward a bunch of years and Jegal becomes a Danzo (Naruto)/Gluttony (FMA) hybrid and uses his Charyeok to devour his adopted father.

Sidebar: We got ourselves a dragon name folks!! Turns out Commissioner O named his beautifully ferocious dragon, Changsik, and we ride for the carnage delivering reptilian!

With this god descending to Seoul and transforming into a golden statue, then a more menacing figure shortly after that, the Americans rear their ugly heads and send in the nukes! Yup. Good ol U.S. of A. being represented as overreacting bullies ready to wipe a whole country off the map in the blink of an eye. Pretty spot on. This was all about to go down until our mystery man from the beginning of the episode shows up and flexes abilities more powerful than any one individual has shown all throughout this series.

The Devil is in the Key Details

While Mujin does everything in his power to hold this god back, the nukes are speeding toward Seoul, and Jegal Taek destroys the crew on this mysterious plane. Just as the city is about to become the next Hiroshima, Jaesan Jeon teleports the hundreds of thousands? millions? of citizens out of the city and harm’s way. He rolls up on Omega Nox, who was quite impressed with this feat and tells him it’s a wrap. Jeon converts the nukes headed for the city into a giant metallic “sacred wedge that can pierce God himself” then opens up a portal and sends a mufuckin meteor the size of Mt. Everest right at the nuke wedge and god, which blows up it’s omnipotent one and seemingly kills Jeon in the process!

Mori, Taek, and the others are brought back to a dead god and destroyed city so the showdown of the series is set up proper for the season finale. Jegal Taek yolks up Mori, snatches the key, sticks it in his big mouth and is reborn as a 3-eyed, winged devil creature.

No need to beat a dead horse, but it’s safe to say we got to this point by skipping a few key details. All that aside, I’m excited to see Jegal Taek become the one true big bad of this season, and for Jin Mori to finally show the world what he and his charyeok are capable of! Season finale coming in hot!!