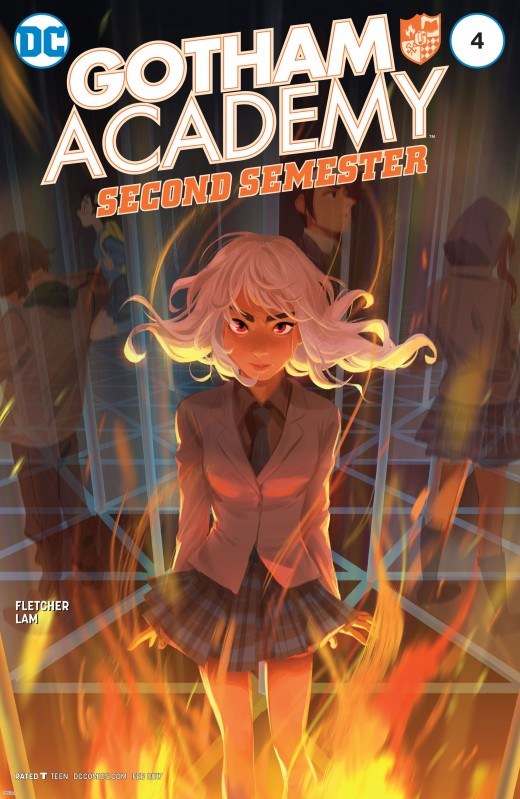 Gotham Academy Second Semester #4 is a standalone that takes place before the semester began, so basically a one-shot flashback from before everything else we’ve read from the Academy recently. You might’ve been less than enthused at the prospect, you might’ve even rolled your eyes, but this issue is actually a jam. It starts with low-carb Sabretooth staring out the glass panes of his office window with Dido singing about how her tea’s gone cold and she’s wonderin’ why, and right off the bat you can see the gloss in dude’s eyes and tell this is about to be lowkey emotional by the end.

In the meantime, the Detective Club comes up on this carnival, right? And everybody all skeptical ‘cause they done seent American Horror Story, like, we know how this ends, except for Olive because cupid done shot her full of stupid when she met this boy tryna get them to the big show. Pomeline basically like, “nah family, we cool,” but everybody else got their own intentions messing with their logic ‘cause Yung Mako from Legend of Korra is too cute for Olive to pass up and Colton would face the devil himself if it mean picking the lock to Kyle’s heart. They’re all in the midst of being seduced by the Carnival leader who looks like a cross between Jafar and the Planter’s Peanut, till low-carb Sabretooth comes through and rebukes Satan in the name of Jesus.

They find their way into the carnival anyway ‘cause the Detective Club is out to beat the Scooby Doo gang’s record for most mysteries solved, and Olive is still tryna flirt with Yung Mako whether her life’s in danger or not. Olive’s here to make out or die trying. Look at this girl’s face, yo. When it’s midnight and a dude tells you “psst, I need you to see this,” you do not make that face. You do not go see this. You can set fire Olive but that’s Mako’s element, you gotta know when to go home.

The rest of the adventure builds from there and the squad has a great isolated story that turns out to be a very welcome diversion from the main plot. Switching up artists, even again, doesn’t hurt the series, and Lam does well filling in with a style most familiar to the Academy. Comedy, mystery, and adventure, Gotham Academy Second Semester hits the trifecta that makes this series special. When the series returns we’ll be back where we left off last month, with the trial of Colton Rivera. We’ll be here for it.

Reading Gotham Academy? Catch up on previous reviews of the series here.