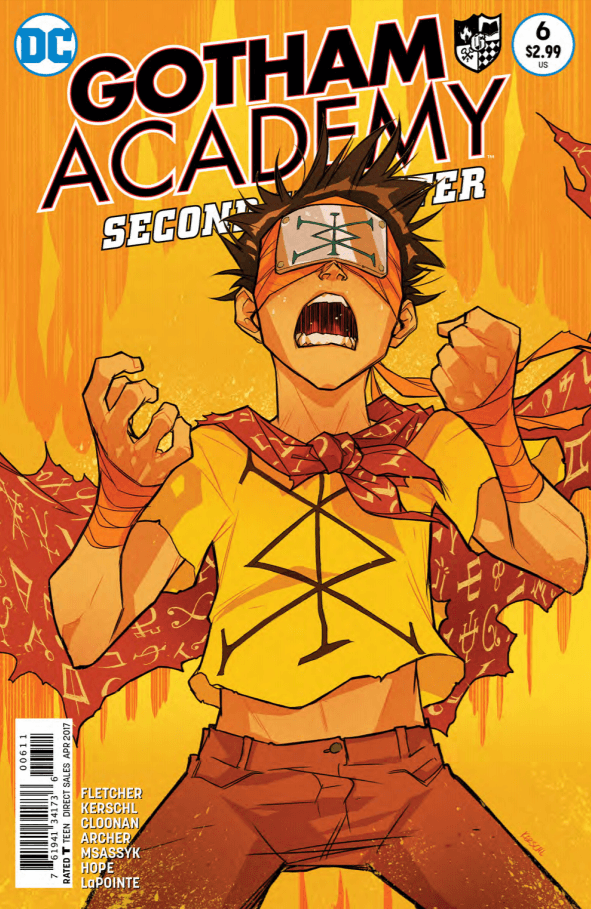 Breaking from a brief slump, Gotham Academy Second Semester #6 displays the best of the series’ storytelling and adventure, particularly since Second Semester launched not long ago last year. Here we have quite a lot going on, which could easily become flooded with excessive dialogue and choppy with disparate story plots, but instead the different angles work together as they eventually, if not inexplicably, converge: there’s Colton and Kyle’s supportive bromance, Olive and Maps’ treasure hunt, and Pom and Tristan’s exploration, all related and coming together as the issue reaches its climax. 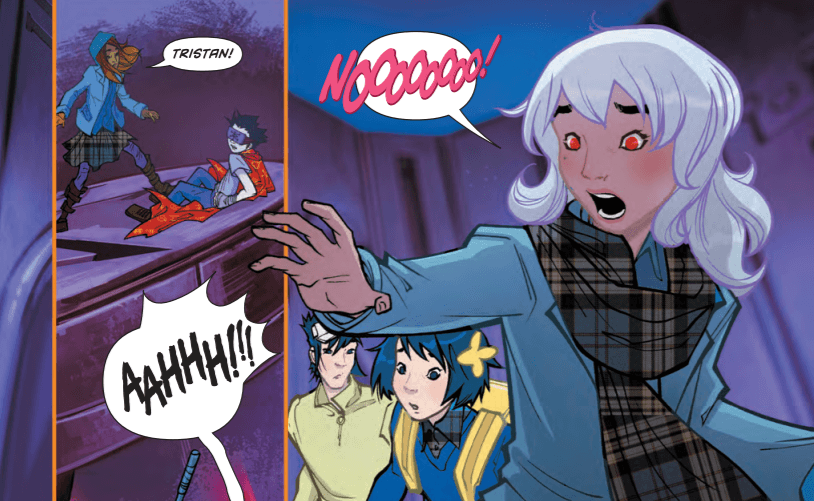 Each fraction of the Detective Club has an underlying subplot that serves the larger goal simultaneously. Colton has a coming-out moment with Kyle that was tense and warm at the same time, and Kyle showed that, despite what Colton might have seen from others in the past, that he and the rest of their friends would never leave him on his own. I heard J. Ivy’s verse on “Never Let You Down” on that whole scene; it was adorable and even low-key badass at the same time, Colton showing such bravery and vulnerability, and Kyle rising to that occasion. Then, in their own separate but related adventure, Olive and Maps search for clues, but the underlying focus here is Amy’s ghostly influence on Olive and the threat it serves to her positive relationship with others. Every time Dre is in Olive’s ear telling her to think of the muthafuckin’ consequence, Amy is the constant Eminem in her ear rhyming “that’s nonsense.” On top of all that, Tristan and Pomeline are meant to unlock the answer to it all, literally and figuratively. Of course, this moment is climax affords Maps the opportunity to splash the drama with a moment of comedy:

Overall, we’ve been waiting for Gotham Academy Second Semester to hit full stride, and with issue #6 it’s headed there. The art is gorgeous, emotion was strong, and, most importantly, it was able to keep several separate-but-related plots going without convolution until they could all come together. The Academy hasn’t felt this fun since mid-2015. This is how good the series should always be.