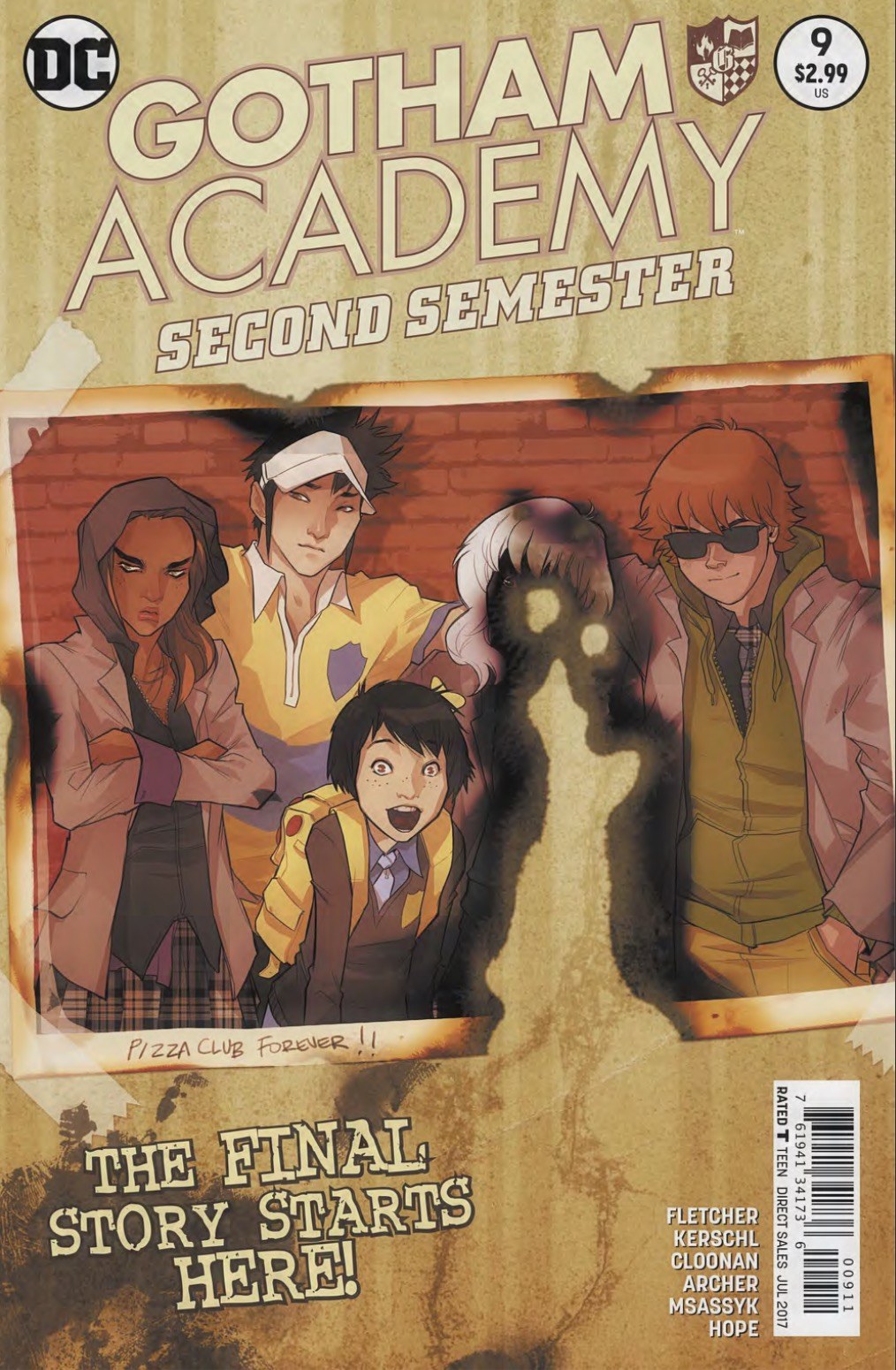 What is not the final issue as wrongfully stated, Gotham Academy Second Semester #9 is instead the start of the final arc as Olive has fully embraced her mother’s insanity and seeks to punish the city that Amity wants to suffer for its sins. It’s a fortunate thing, too, as the arc gives us a little more time with the Detective Club while keeping the high stakes that make this arc the best we’ve seen from the series. The quest is on to save Olive from the evil inside her, and the questions are whether Olive’s friends can save her before someone hurts her, or whether she will truly hurt someone else, and how much damage will she do before the end. So far, at minimum, the homie’s gone mad arsonist. 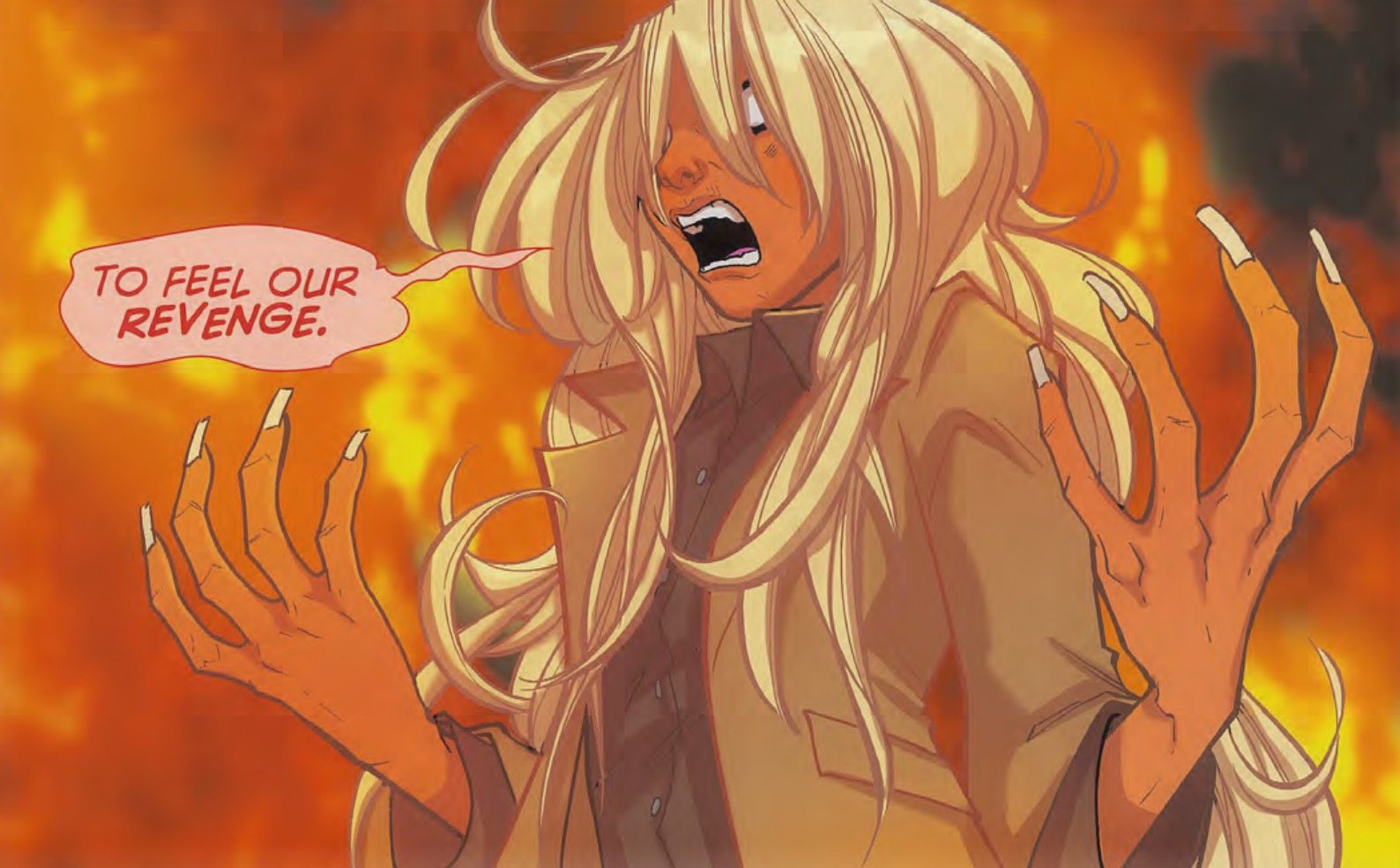 As the team strategizes to track down Olive, it begins a sort of countdown as team members drop off one by one, with Kyle being the first to go. When Maps also leaves the team to go off on her own it leads us to hope the team will fragment into separate adventures before coming back together to save Olive as the series culminates, but that’s not before Pomeline, Colton, and Maps have an adventure of their own that opens yet another mystery that, while a lot of fun this issue, may be a little much to add this late in the game. As they discover the “Terrible Trio,” one can hope the mystery of their identity and purpose are revealed quickly and seamlessly into everything happening right now or they risk being a frustrating distraction from the main event readers are tuned into. 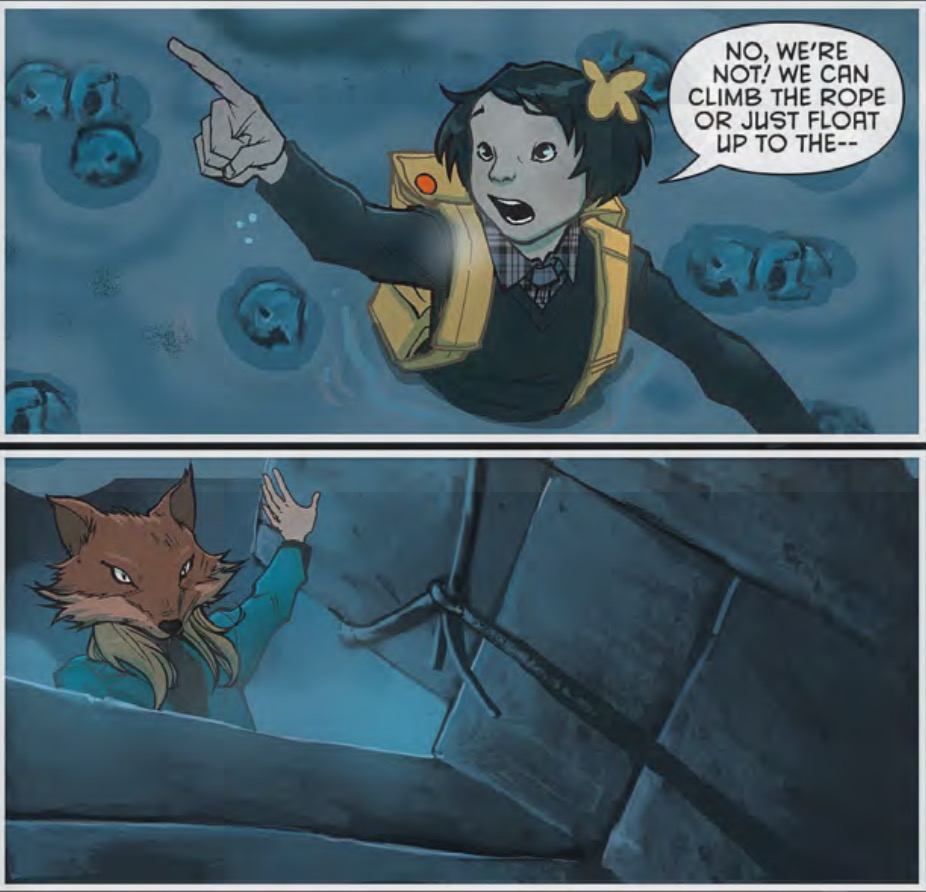 The more welcome added diversion is back with Olive as she followers her list of people to merk throughout the city of Gotham. The race will be between Olive’s reign of terror and her friends’ ability to find and stop her, and meanwhile we are sure to see plenty of familiar cameos on her walking tour through Gotham. The art is fantastic, the dialogue witty, and the story – apart from one last added adventure, because they just couldn’t resist – is coming to a head. Overall, a great start to a great final arc in a great series.