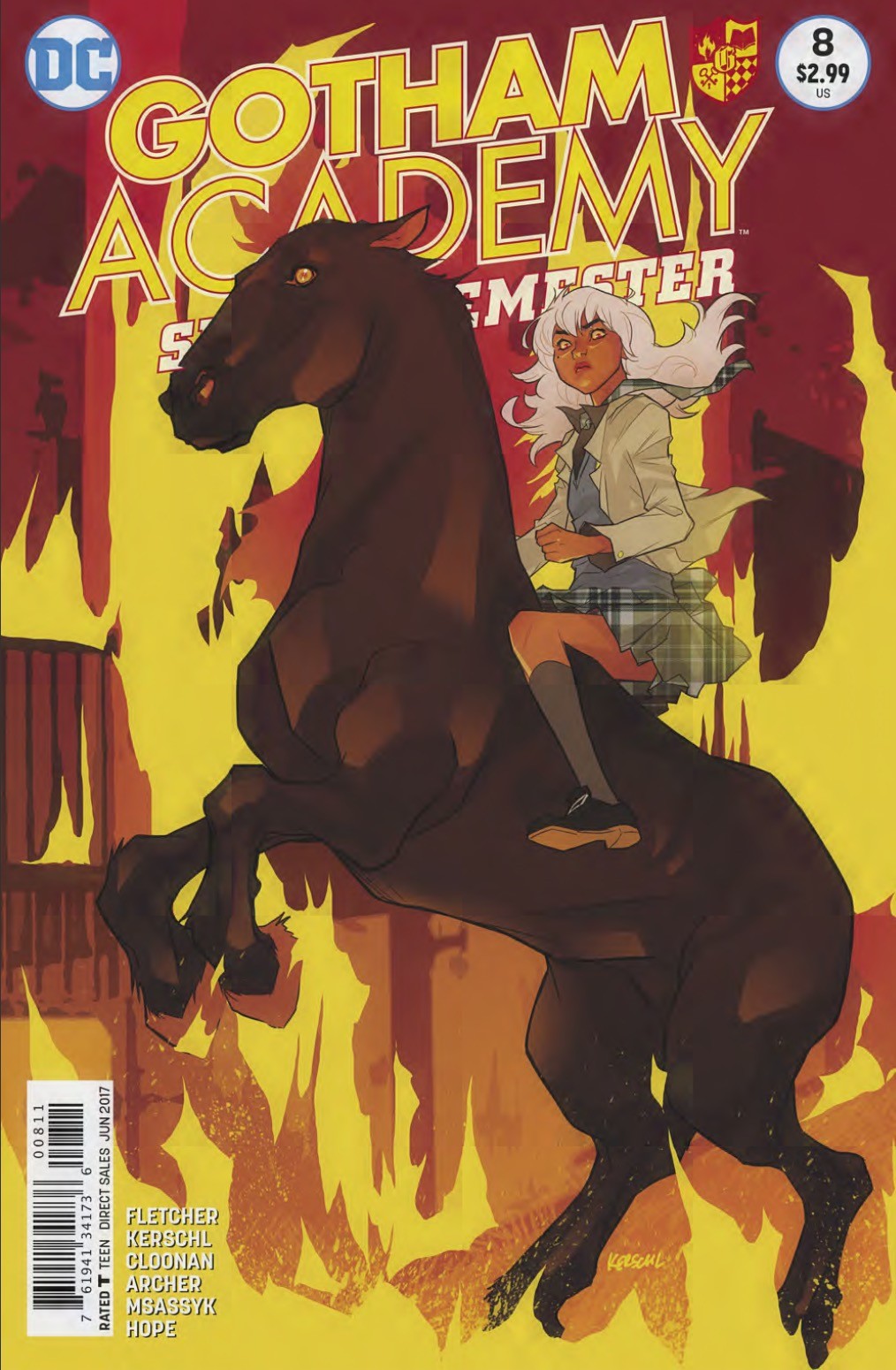 With high stakes and signs of closure, this is Gotham Academy at its best. For a stretch, the Achilles heel of Second Semester had been its occasional episodic structure, lending itself to low-stake adventures that may have felt especially tiring on the heels of Gotham Academy Yearbook. It seemed, for a while there, that Gotham Academy’s drama would live in a perpetual, ongoing state. Of course, that might be fine for many series and could potentially even work for this one, only so much of Gotham Academy’s appeal lies in its mysteries as much as its characters, so continuing without payoff would be like a TV drama that sold on a short-lived premise just to stretch its mystery long past its reasonable lifespan. Fortunately, Gotham Academy isn’t ABC’s LOST as Olive Silverlock is finally overtaken by the spirit of her mother in a significant way and the series catapults itself into a final arc. 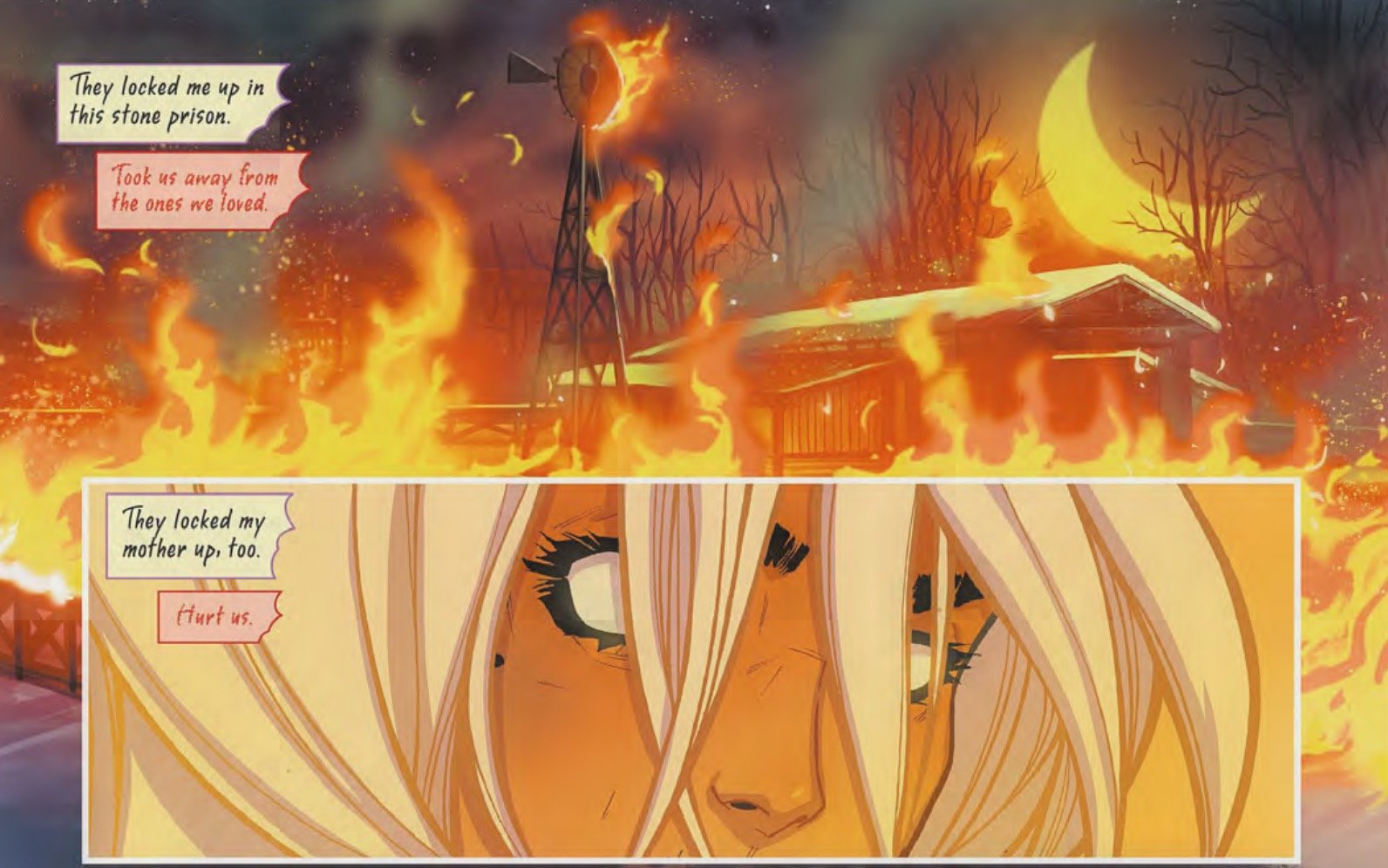 The raised stakes do their part to cover the less interesting plotlines that fall by the wayside in comparison to Gotham’s new danger — specifically Colton Rivera’s near expulsion – and utilize others, like Pomeline and Bookworm’s shared obsession, to lend backstory in service of the larger plot. Pomeline and The Book of Gotham tie in nicely with Olive and Calamity, as well as Professor Macpherson who was always beloved for her kindness to Olive, but even more so when her purpose in Olive’s life proves less than incidental. And Ham, while serving little significance to the plot, deserves a shoutout just for being a Doberman sidekick who will attack a girl on fire. Batman plays his most significant yet in this series but Ham is just as effective, the pet we all need and deserve. 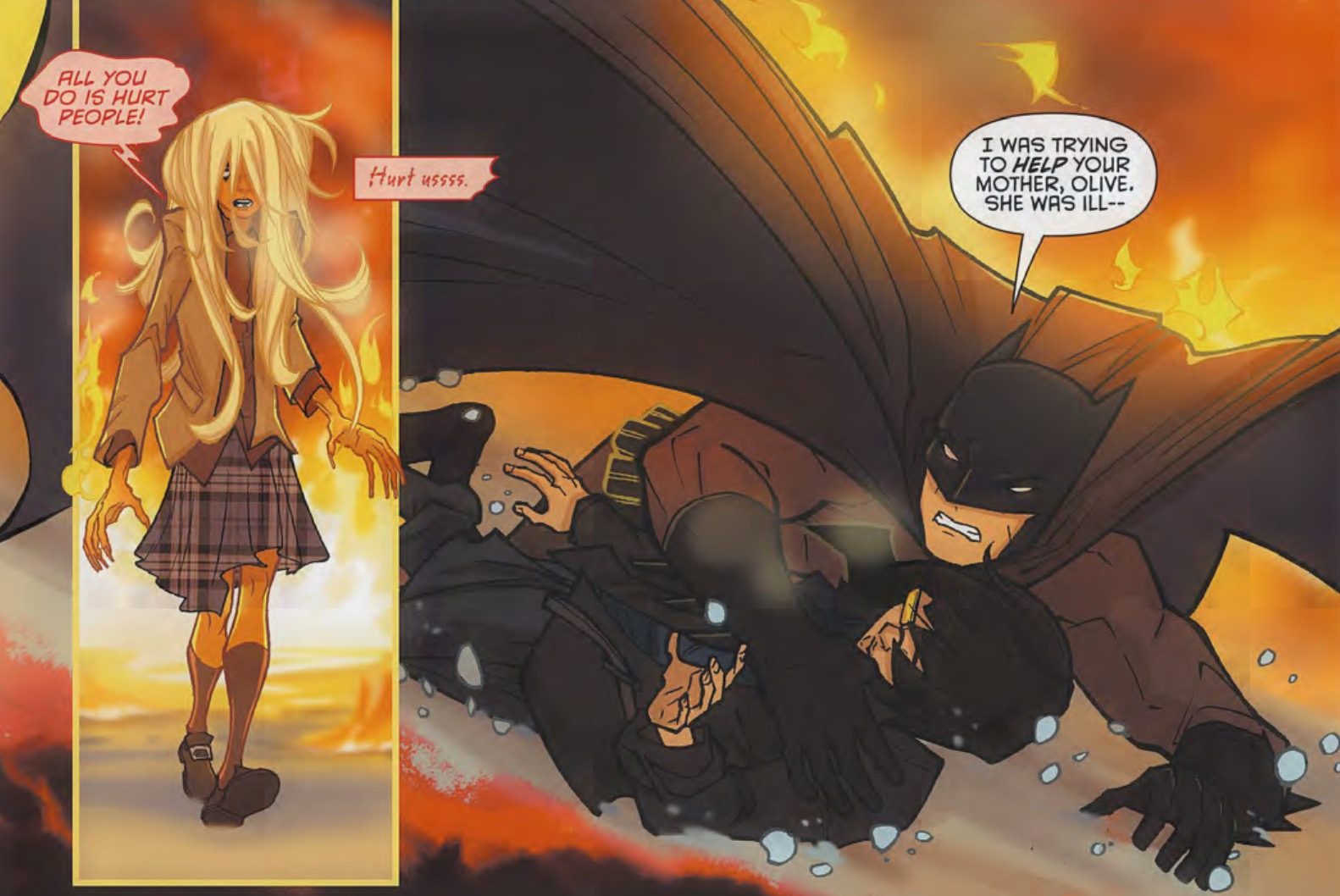 Overall, the last 2 issues of Second Semester had been gearing in the right direction and brought this series back to the best it could be. Here in issue #8, Gotham Academy stamps on exclamation point on its penultimate arc. If it finishes strong, Gotham Academy will be a largely missed series for its fun and adventure. Its end is necessary though – better a great series to end than an ongoing series to forfeit greatness.