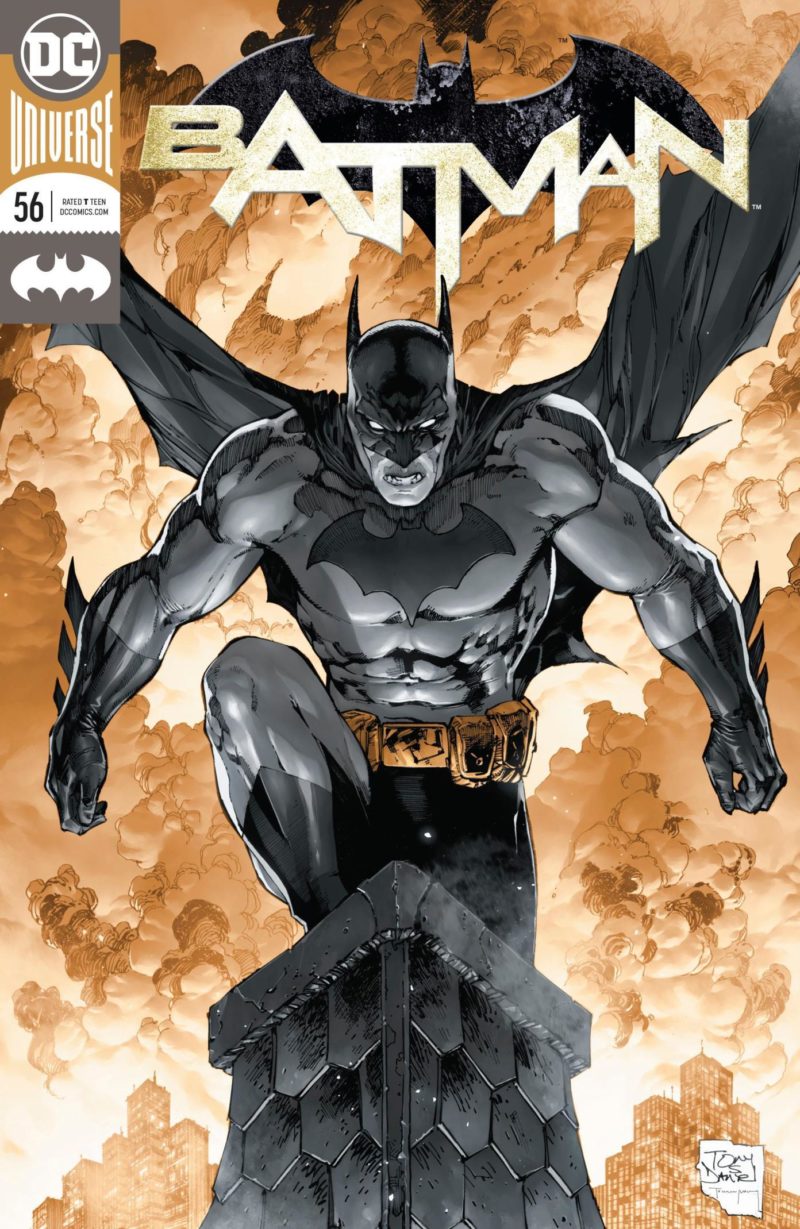 At the end of Batman #55, we saw Dick Grayson fall victim to a sniper and an unclear fate just as he was trying to lift Batman’s spirits. Issue #56 follows Batman in the aftermath of this as he looks for answers and retribution.

It would’ve been ideal to see something pleasant lift Batman out of his depression. That’s not a very Batman thing to do, however. He’s far from happy in Batman #56 —can you blame him?— but he is effective. So I guess that’s your silver lining if you needed one after the traumatic events of last issue.

This issue tells two different stories. The first is a deep dive into the origins of KGBeast, the gun-for-hire who pulled the trigger. In a snowy Russian cabin in KGBeast has a monosyllabic, yet deeply informative conversation with the man who made him the monster he is today, his father.

The second story follows Batman/Bruce Wayne as he does all he can to figure out who shot Dick. One of the best pages in Batman #56 is when we see Batman trudging through the snow surrounded by snippets from the various conversations he had to get to this point. Some were clearly more peaceful than others, and some switched back and forth between Bruce Wayne and Batman. The choice to use this method to move the story forward, instead of doing so in 3-4 pages, is brilliant.

While I’m always for seeing a briefly happy Batman, he’s truly as his best when he’s brooding in his emotions and looking for answers. This story arc will clearly go far into that trope.

Lastly, now that we’re 56 issues into King’s 100-issue run on Batman, I can comfortably say it’s been great overall. He’s continued to evolve characters long thought to be at their ceiling and turned old-school cliches on their heads. King pens impactful events worthy of a movie or a T.V. show adaptation of some sort in the future.