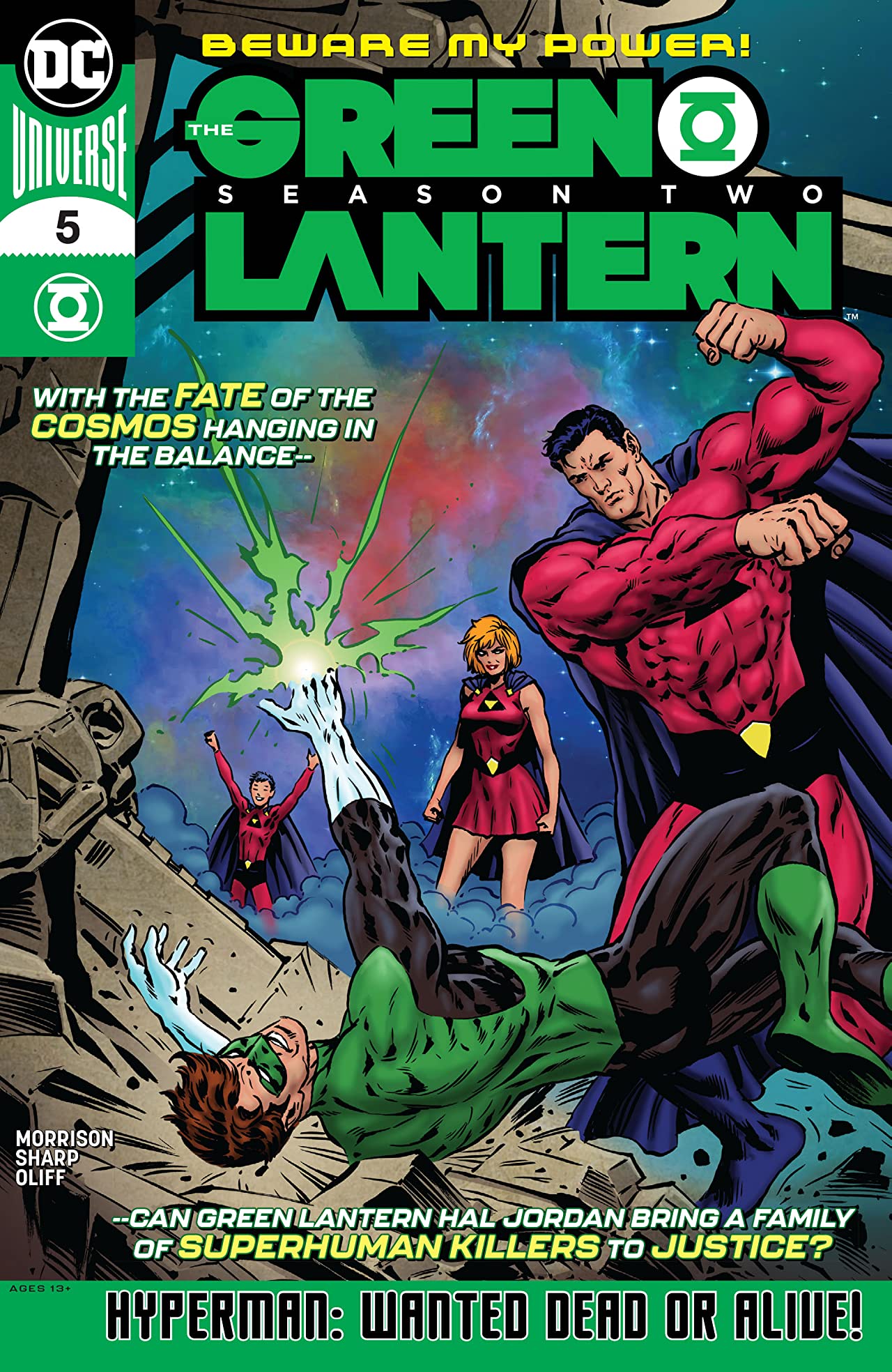 In Green Lantern Season 2 #5, Hal Jordan goes up against Hyperman from Trombus. Hyperman is a deranged, power-hungry, hella corny Superman type whose as dumb as he is strong.

Grant Morrison’s Green Lantern features some of the craziest comic book writing that I’ve ever read. I haven’t read a lot of Morrison to begin with, so this book is the deepest dive into his mind that I’ve ever gone. So let me tell you what you probably already know: This man is insane in the best way possible.

It’s no secret that I don’t really like Hal Jordan. In my opinion, he’s the lamest Green Lantern that just so happens to get most of the attention. He isn’t as round of a character as I’d like him to be, and he’s just generally uninteresting. To me at least.

But in this book, it doesn’t matter. In fact, that’s why the book is so good. Hal Jordan himself is easily the least interesting thing about this comic. That allows Morrison to drop him into these super dense and absolutely crazy stories featuring some of the wonkiest characters in the DC Universe. Hal is a bag of plain Lays potato chips. There’s nothing fancy about him. But because of that it means he can complement the flavors of the otherwise rich characters that find their way into his book. His blandness also allows the audience to put ourselves in his shoes. You couldn’t do that as effectively if you had a character with any more substance than Hal Jordan.

Wow. That’s the most backhanded compliment that I’ve ever given. I’m not mad, though.

What I like about this book is that I rarely know what the hell is going on. That’s kind of the point to some degree. It’s really high concept and dense stuff sometimes. But on top of that, it makes me reread things and do research on some of these completely out there characters that I’ve either never heard of or barely know anything about. I had to do that with Hyperman and the planet Trombus when I read this issue. It’s stuff like that that definitely makes me feel like I’m getting my money’s worth.

Liam Sharp’s art is straight out of the Silver Age. Even more so than usual. This book has always taken inspiration from that era. But in this issue, Liam Sharp took a sip of some of that Jack Kirby Juice and elevated it to another level. If you gave this to a kid in the mid-seventies, they’d have no idea that it was from the future.

This ain’t your daddy’s Green Lantern. But the crazed villain Hyperman and the Silver Age art will lead you to believe that this is the next best thing.

9 Telepathic Dogs out of 10