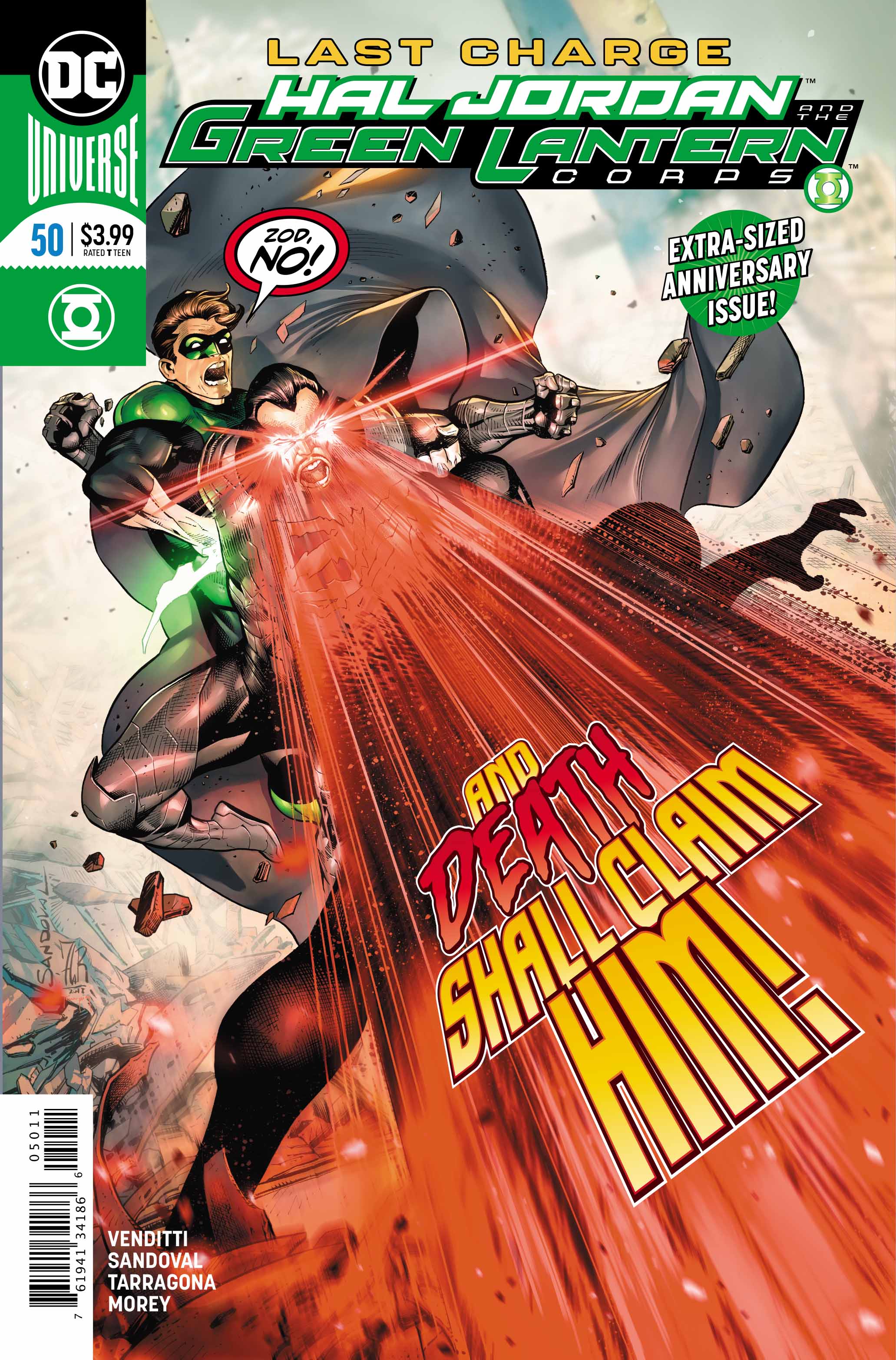 Issue #50 is an “extra-sized” (more like slightly extended – like those bonus minutes of Game of Thrones) anniversary issue that not only wraps up the Corps’ battle against the brutality of the Darkstars….but brings an end to Robert Venditti’s five year run in the Green Lantern universe.

The exposition in this chapter of the story makes this war as much a battle of ideologies as it is a knockdown, drag-out fist fight. It wasn’t until this issue that I realized how far Tomar Tu’s storyline has come throughout this series. Then, I realized how far all of these characters have come. Venditti has been playing the long game for a while now, putting the Green Lantern Corps through its paces. It may not have the flare and fanfare you might expect, but the book manages to be a fitting end to 49 issues of ringslinging while still leaving the future of the GL universe wide open. 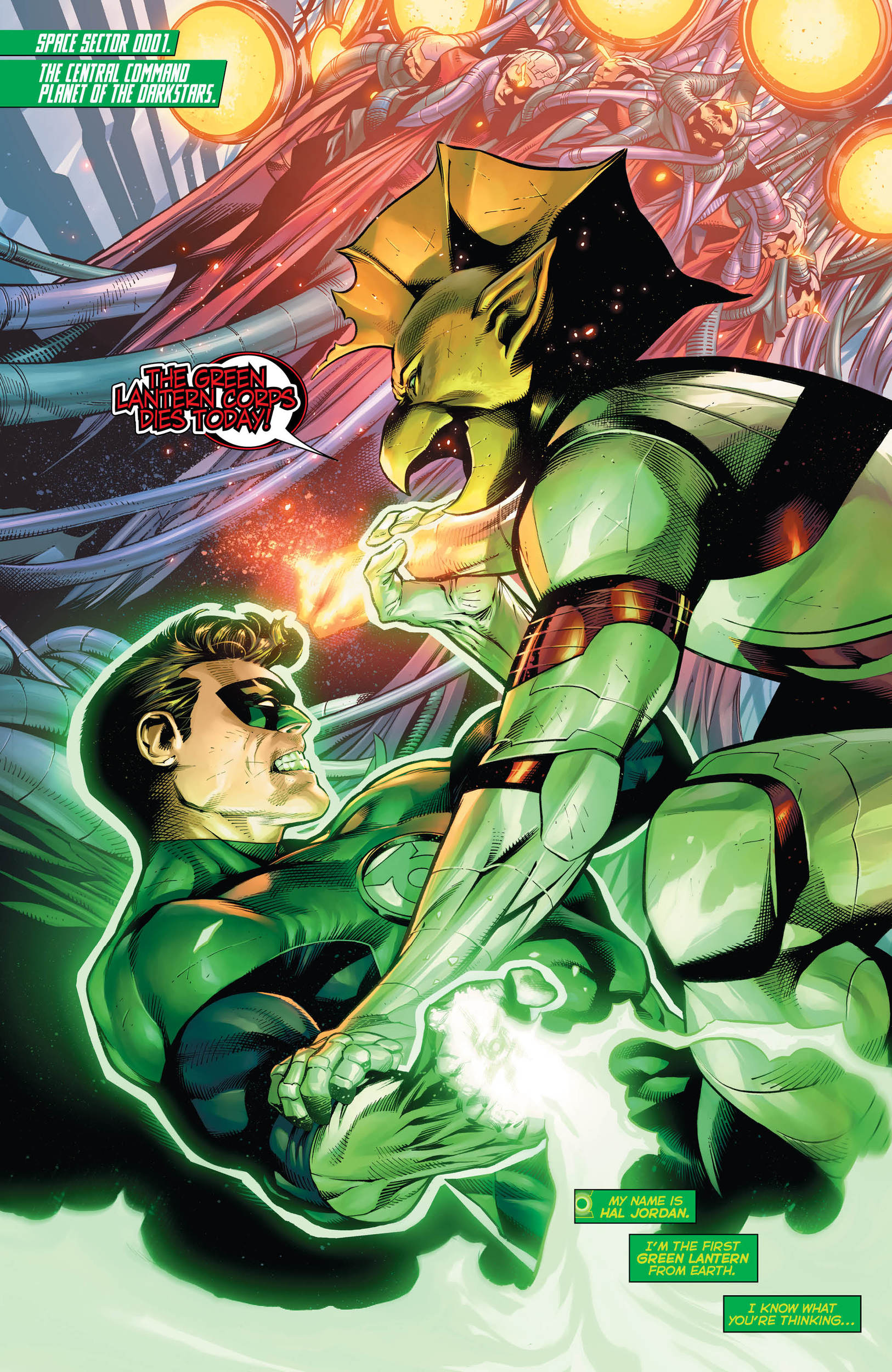 On the art side, there’s nobody who deserves to draw the “Anniversary” issue more than Rafa Sandoval. If you want a large scale battle for the fate of the universe, Sandoval is as dependable as Lebron in the second half. The opening splash page alone is proof of that. The attention to detail is impressive to say the least. And the faces are all highly expressive without getting too wacky looking.  (Except Guy, who I’m pretty sure is supposed to look wacky.)

Bottom Line: One would have to aim pretty high to expect a better wrap up to such a fun tenure from Venditti. You just can’t argue with such a well paced, nuanced script in such a gorgeous book.

9 Underrated Cameos in Justice League out of 10