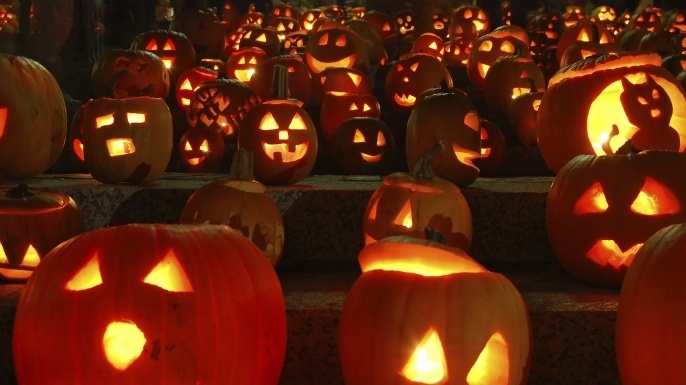 Halloween is only a decapitated heads throw away, so I wanted to get a little insight from other nerds on how they’re getting ready and celebrating the season! For me personally, I’ve stuffed my face with chocolate, visited Sleepy Hollow upstate, watched the Rocky Horror Picture Show in Chelsea at midnight with outstanding live performers, and decorated the hell out of my apartment. I have dangling skeletons, a ghost cookie jar, a bazillion orange and purples lights, candles, and of course, PUMPKINS!!! The tiny ones look so cute on top of my table in the living room. This month has been beautifully spooky!

I checked in with some of my favorite cosplay/modelling buddies to talk about fun and Autumnal activities to bring life and excitement for the scariest time of the year. Whether it is indulging in a Buffy marathon or creating original spooky tunes, there is an unlimited amount of options to choose from when deciding what to do for Halloween! 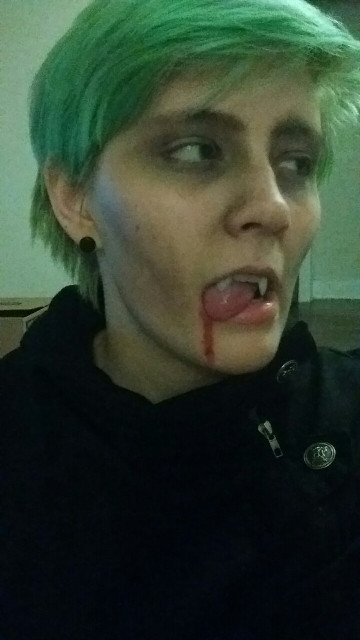 Black Nerd Problems: Please tell us a little bit about yourself! What’s your everyday life like?
Max: I’m Max, though I also go by Neil and Genji, and I’m pretty sure I’ve been a nerd since before I knew what the word “nerd” meant. I’m a mixed Japanese guy who got into gaming, anime, and Japanese history in an effort to reconnect with the far-away parts of my culture, both old and new. By day I work at a toy store, and by night I’m usually playing video games (like Destiny 2 or Overwatch) or I’m making a costume for an upcoming con. I also have a bit of a side gig going composing and arranging video game music, so it’s pretty hard to stay bored! I have a sick rock collection, and, to nobody’s surprise, my favorite holiday is definitely Halloween.

BNP: What does Halloween mean to you? Do you feel like it’s a necessary part of our society?
Max: Halloween to me means (usually) colder temperatures, a ludicrous amount of candy, and a chance for me and all my cosplay buds to either flex our skills or to completely forget about making a costume in lieu of working on something for an impending con or meetup. It also means it’s time to watch awful, cheesy Halloween movies and TV specials (but no jump scares, please).
I can say with certainty that I think Halloween is very necessary for our society, and in fact I’d go so far as to say that the vast majority of American adults simply see Halloween as a “kid’s holiday” and don’t go to great enough lengths to actually enjoy it, which is missing the whole point. The night seems to be tailor-made to be fun, at least to me. Who doesn’t like to dress up, get scared, and eat some candy? Growing up, I always wanted to make my own costumes, even when my plans were so ambitious that I don’t think I could even accomplish some of them now (someday I’ll make an entire Sesshōmaru costume from scratch, I swear). That drive to create, to make something I could wear myself, it’s definitely gotten me into some pretty cool situations. I’ve made great friends and done awesome things, partially because I wanted to be something nerdy for Halloween. So yes, in short, I think it’s necessary for our culture and our society.

BNP: Are there any DIY projects you get into or “rituals” you do every year to get into the spirit?
Max: Does eating way too much candy corn in one sitting count? Really, though, it doesn’t quite feel like the Halloween season until I’ve at least watched Scary Godmother and Beetlejuice. It’s also become somewhat of a tradition to come up with a wacky, topical Halloween costume idea (ideally, one that doesn’t take too much time or money away from costuming pursuits for a con right after Halloween). My costumes are usually makeup/special effects heavy and have included a national park (during the Great American Furlough of 2013), a modern day oni, and a vampire who doesn’t know what year it is (fangs, a little blood, and fashion taken straight from the 1950’s, with timely slang for good measure). In addition, I always try to write some spooky music right when October hits, even if it’s just a little bit. 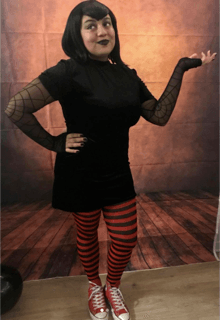 BNP: Please tell us a little bit about yourself! What is life like in Richmond right now in October?
Alexis: My name is Alexis and I’m a recent VCU graduate currently working as a K-3 Literacy Tutor. I haven’t really been out and about to see the “October in RVA” sights since I work a school week schedule, but the weather around here is starting to chill to sweater weather. At least at 8AM.

BNP: How do you navigate the intersections of being a nerd during Halloween? Do you fuse the two together in any way?
Alexis: Halloween the past couple of years has just been another reason to make a cosplay honestly. Nekocon is close to Halloween too, so oftentimes, I will set Halloween as my early deadline for a costume so that I’m sure it’s ready before a con. I also use it as a time to make my less tedious costumes. So yeah, I guess it is pretty fused for me! My Halloween costumes ever since I started cosplaying have been cosplays/things I would also wear to cons.

BNP: Are there any DIY projects you get into or “rituals” you do every year to get into the spirit?
Alexis: The “ritual” my friends have gotten into the past couple of years has been making costumes for the group to be together. 2 years ago we were Super Mario Characters and last year we were the Original Broadway Cast of Hamilton. We weren’t able to hold it up this year though, as a member of the group has moved to NYC haha…we really missed being able to do it this year! 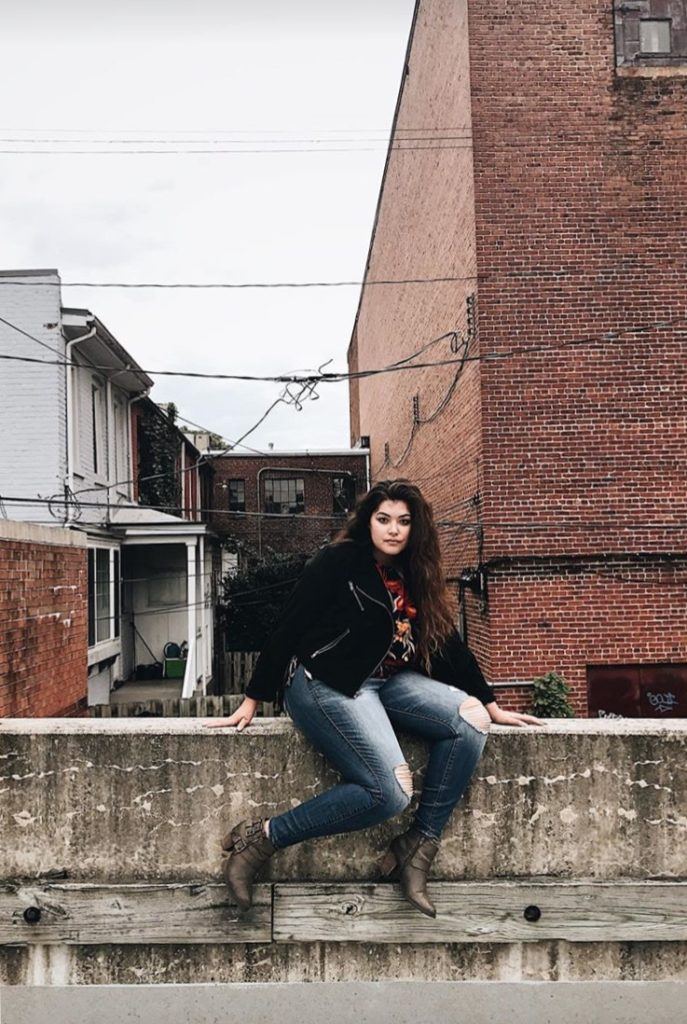 BNP: Please tell us a little bit about yourself! What’s your life like?
Taylor: Stimulating — a pretty forgiving word given how crazed I feel most of the time. Life for me is a hectic cycle of juggling: attending graduate school and working full time outside my field of study for the past two years. The responsibilities on both ends just seem to increase in unison so I’m constantly on the move. When my schedule allows (or after some serious rearranging), I also work as a plus-size model in Richmond and this year marks my ten year anniversary in the Richmond modeling scene — pretty wild! Thankfully, I’m able to commit to a handful of modeling gigs per year ranging from vintage casual wear to bridal gowns. In between the chaotic moments and time constraints, I’m usually (re)watching episodes of Buffy the Vampire Slayer, foraging for reasonably priced comics and Funko Pops (I just found out there’s a Ms. Marvel and I’m itching to snag her), or baking (I make a mean apple pie and some pretty tasty chocolate chip cookies too). …Balance plays a huge role in my life; since I don’t have a lot of down time, I’m constantly trying to ensure that one portion of my life isn’t dominating the rest–so my work, body, and mind have the space they need to thrive.

BNP: With Halloween inching closer and closer to us, how are you preparing for it? What are your plans?
Taylor: I have to admit that I’ve gone a little overboard with my Halloween prep this year. Last year I started brainstorming on Halloween and the wheels for this year are set in motion! My main costume piece is ready and I’m in the process of gathering the necessary accessories and planning my makeup details to complete the look. I’m planning to compete in (and win!) our office-wide costume competition… At this point, I’m not sure if I’ll stay in costume and hand out candy to trick-or-treaters, but I know I’ll definitely curl up in a bundle of blankets and watch some Halloween classics!

BNP: Are there any DIY projects you get into or “rituals” you do every year to get into the spirit?
Taylor: Other than watching my favorite seasonal movies ( Hocus Pocus is obviously the best Halloween movie and I’ve watched it twice so far), making sure I drink at least one cup of apple cider, and checking out all the fantastic Inktober creations on Instagram, I haven’t been very ritualistic for the past few Halloweens. However, this year I’ve actually picked up some traditions that I used to do as a kid…I dressed up my desk at my office. My little cubicle is decked out with banners, lights, skeletons, pumpkins, and more! People walk by to check it out as the decor seems to spawn day by day. I also picked up and carved a pumpkin for my house for the first time in probably ten years. The rituals are back and here to stay after this Halloween! 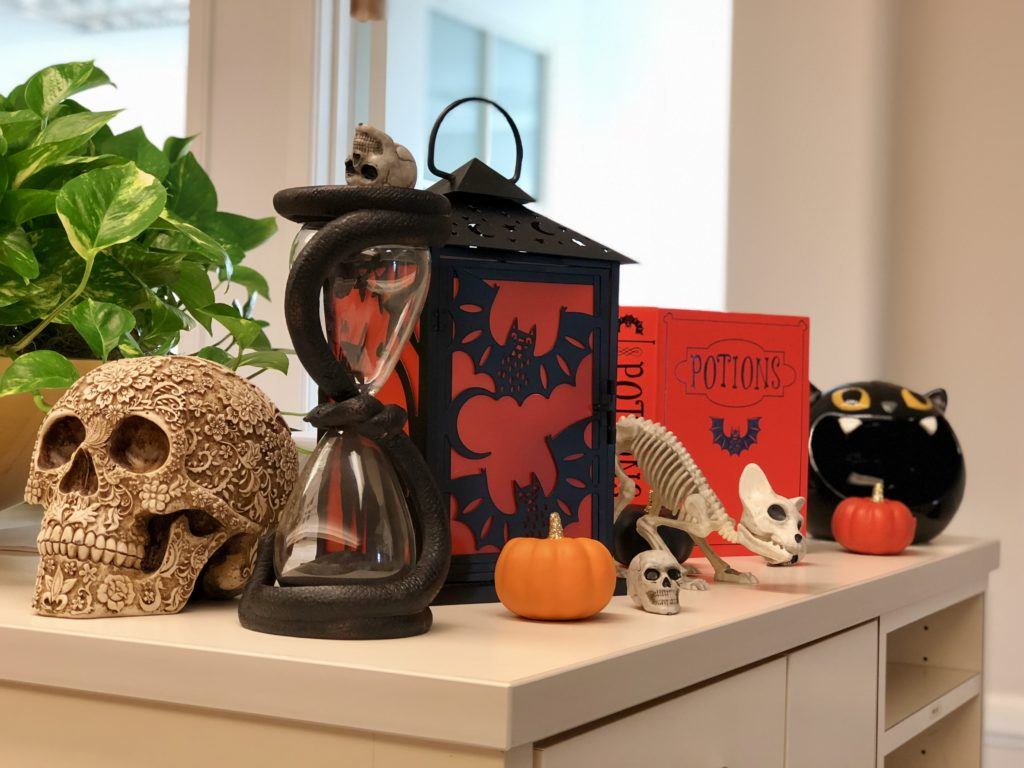 Anybody out there doing a fun group Halloween costume? Tag us on social media so we can marvel at your brilliance!