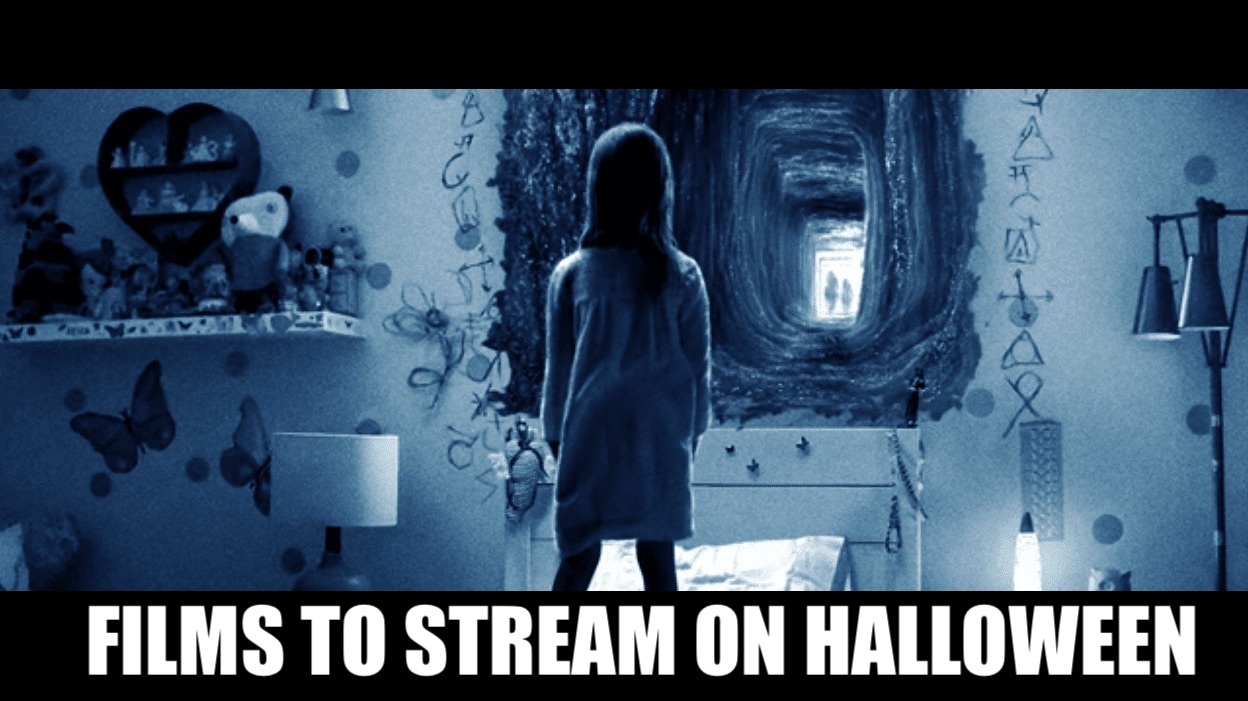 It is an unprecedented year. This statement has been said over and over again really since 2016, but exponentially since January 2020. It is unprecedented in this context because Juneteenth was on a Friday, The colonizers day or black appreciation and cookout day July 4th was on a Saturday, and now all hallows eve is on a Saturday when we can’t even go out the house. Halloween sits on a weekend this year with a full moon – the second full moon of the month no less. So its finna be a lituation, the channels will be open, and the spirits ready to commune, which means you gotta have your horror movie stream list poppin. Here are a few flicks to consider curling up to and streaming on the ‘once in a blue moon’ Halloween.

Let’s start light, we could begin with the cult classic Nightmare Before Christmas but I don’t want to get into the – is it a Christmas movie or a Halloween conversation. And we could of course do the favs, Hocus Pocus or a personal favorite Halloweentown. It’s important to include Paranorman because it’s been slept on for sure. The story of the “weird” kid who talks to spirits because he has the unique gift of taking to those who have passed on but whose ghosts are tied to the mortal world. This is the must-watch film for families or the individual(s) who want to enjoy the holiday and not go to bed full of chocolate and nightmares.

Paranoman is not just for kids, starring Kodi Smit-Mcphee (Nightcrawler, X-Men Apocalypse) as our Norman, featuring Casey Affleck, Ana Kendrick, and the loveable John Goodman voicing other characters in the film. Norman has a special gift integral to stopping the witches’ curse that plagues the small town in Massachusetts. Definitely Salem witch trials vibes, along with messages of self-love, bravery, and doing what is right. The layered jokes are the type that reaches kids on one level and hit adult on a whole ‘nother level. This is highly recommended for the beginning of your night and great for the light horror fan.

Staying on the paranormal wave and getting a bit scarier is the third installment of the franchise released in 2011. This is by far one of my favorite of the franchise, not to say it is the best film, or even that it is the best out of all the films of the name but one full of jump scares and good clean movie tricks and delights. The film is set in 1988 riddled with nostalgia, Camcorders and home cameras plus the VHS tapes along with them (for those who remember those…aging myself there.) The viewer gets to see what is behind the trauma of the first films getting a first hand look at what happened to our characters as young girls growing up.

This is for the reality tv lover, the film person who loves on set movie magic and skilled editing with clever plot points that allow for the home movie look to be justified. You’ll find yourself getting creeped out and wondering how they did that with ALL the jump scares you love plus all demon interactions you could ever want.   Good for a group of friends on Hulu watch party and date night vibes to bury your face in their chest when you get scared. This may leave you wanting to sleep with a nightlight or rushing back to bed after a midnight pee.

Getting higher on the horror scale is a double feature Stephen King films It 1 and 2. This is of the remake genre, but not the ‘oh goodness when are we gonna make original stories’ feel. A solid remake that holds true to the Stephen King brand and the best balance of horror and comedy needed for a great movie night. Although the film has kids, I wouldn’t say this is the one to bring the kids, well depending on the age and what you are ready to expose them to. (Editor’s Note: NAH. YA’LL DON’T DO IT!) And if you are willing to maybe have them sleep in your bed for the night. Be ready for a long night, whether you are watching just one or both you will be in for a 3 – 6-hour journey.

First and foremost a stellar performance by the youngest of the Skarsgårds, Bill as our adorable clown Pennywise this movie captivates you at the start. Following 6 children and their lives in what seems to be cursed town of Derry, Maine. Because if you don’t know Stephen King is from Maine and as a native New Englander, Maine is the scariest place – hardly any black people there so… It is full of the creepiest imagery haunting creatures and psychological drama with a strong story that carries really well through the second film. Now that both are available on HBOMax, definitely make a night of it and do a double feature.

Horror Genre: Zombie. The level of ‘scary’ for this film cannot be measure because it all depends on your fears. This film goes at a high-speed train level pace. Train to Busan is set in South Korea during a zombie outbreak following a father and child traveling together as a bullet train experiences the violent outbreak during their ride. It’s like watching Snowpierecer on acid while trying to outrun flesh-eating monsters. These zombies are of a different breed as well, fast-moving and ravenous! This is a great film to watch to get your adrenaline up and see some really great zombie carnage on a train.

I’d be remiss if I did not include a Jordan Peele film! Now, this goes against popular opinion but Us is a horror film to the core. Many may not agree due to its unorthodox story and abnormal plot, but attention to detail, imagery, and performances are all the reasons to watch. Also, how often do you get a Black family-centered in a horror film?! We follow the Wilson family on a beach vacation that slowly and methodically turns into terror as their doppelgängers arrive on their doorstep.

Lupita Nyongo gives a stunning performance and newcomers Madison Curry and Ashley McKoy playing the young women in this story blow you away. From the eerie physicality to the horrific deaths, this film will give you chills. At the same time, every little decision made in the film is connected in ways you can’t help but dissect. This is a flick you can watch with the loved ones even the kids if gore and violence are alright for whichever age you as a parent feel alright introducing them to, and still, go to be nightmare free (in my opinion.) Of course, you are the only one who can judge your horror meter.

This is a small list of films that can easily be streamed at no extra cost with membership to these streaming services. There are a number of films that you can find for your Halloween holiday horror binge outside of this list.

Some great ones to consider: Get Out, The Conjuring 2,  Insidious 1 and 2, or any horror film from James Wan. Check out any film really by Blumhouse including Sinister, a personal fun one – Trick r Treat, Hereditary (unpopular opinion for some but a good one for sure). Classics like Poltergeist and The Blob are available for streaming as well as cult classics like Evil Dead.

To Add on: some great television series that cannot go without mention, Ratched on Netflix, American Horror Story, Haunting of Hill House, and Haunting of Bly Manor. And a plethora of scary story compilations like Fantasmagorias on HBOmax, and fan favorites like Tales from the Hood.

With so many options at your fingertips you can definitely take advantage of this rare Saturday Halloween and full moon vibes. Happy Quaraweening everyone!