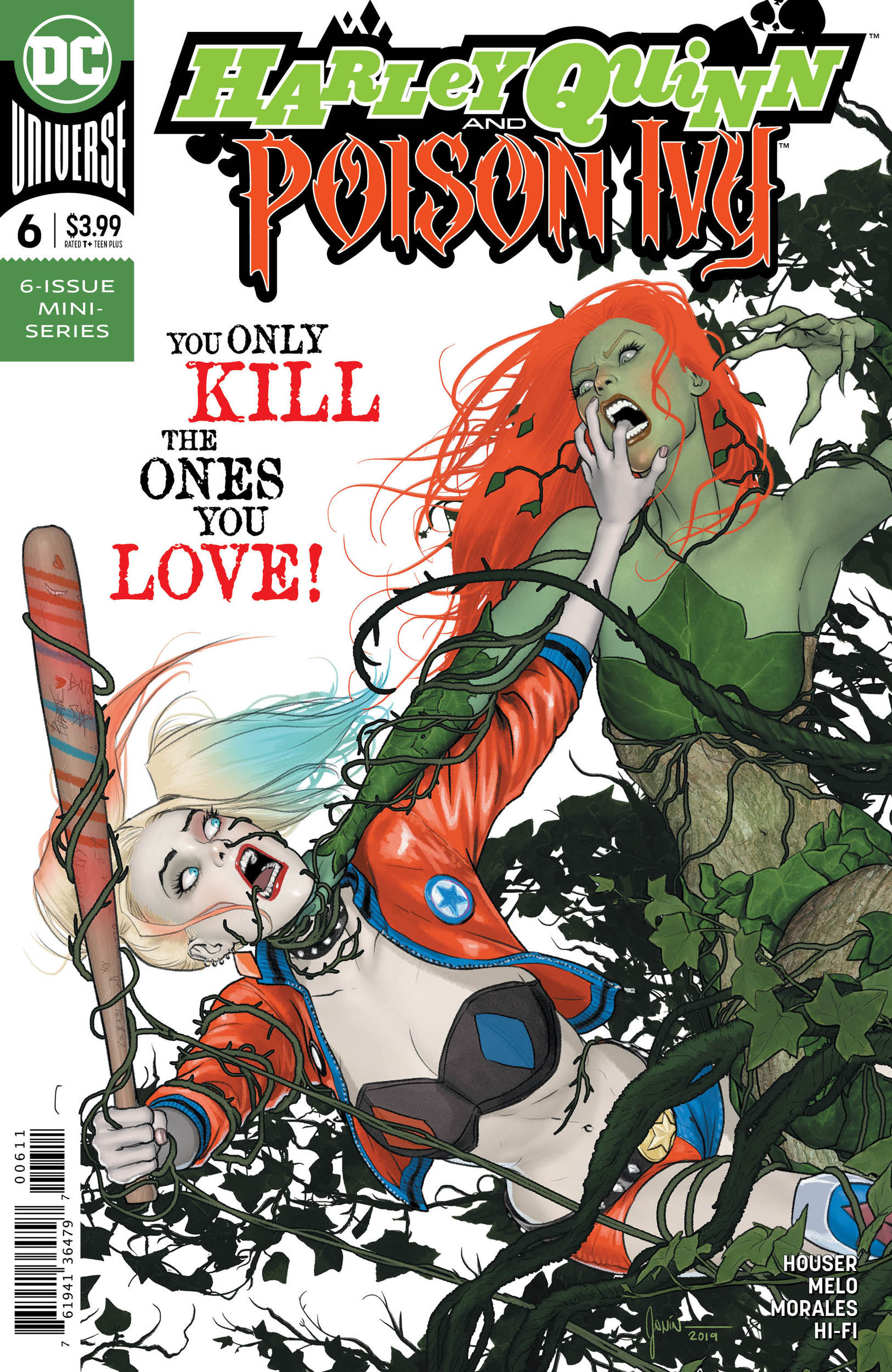 If there is anything that this limited series of Harley Quinn and Poison Ivy taught me, it opened my eyes even more to the idea behind “trying to repair people damages them more.” Ivy’s “inner self” emerges and lashes out at Harley. Though we know this is just a seed sprouted from the plots of Lex Luthor, when it comes to moments like this at the back of my mind I’m always thinking, exactly how much of this is, is an illusion. Since plants can also plant asexually it is safe to assume that we’re experiencing Ivy’s unfiltered frustrations.

This comic is a great display of an emotional battle that comes with facing the troubles within yourself and how that translates with your relationships towards other people. It’s no doubt that Harley loves Red. She was willing to drop everything for her so I could imagine how heartbreaking it must be to see a reflection of your best friend calling you out and distort your intentions. Though Harley had some trips on occasion (the amusement park mishap in issue #4 for example) but none of it was to intentionally hurt her relationship with Ivy. Granted, just because you walk in with the best intentions does not lead to the best results. 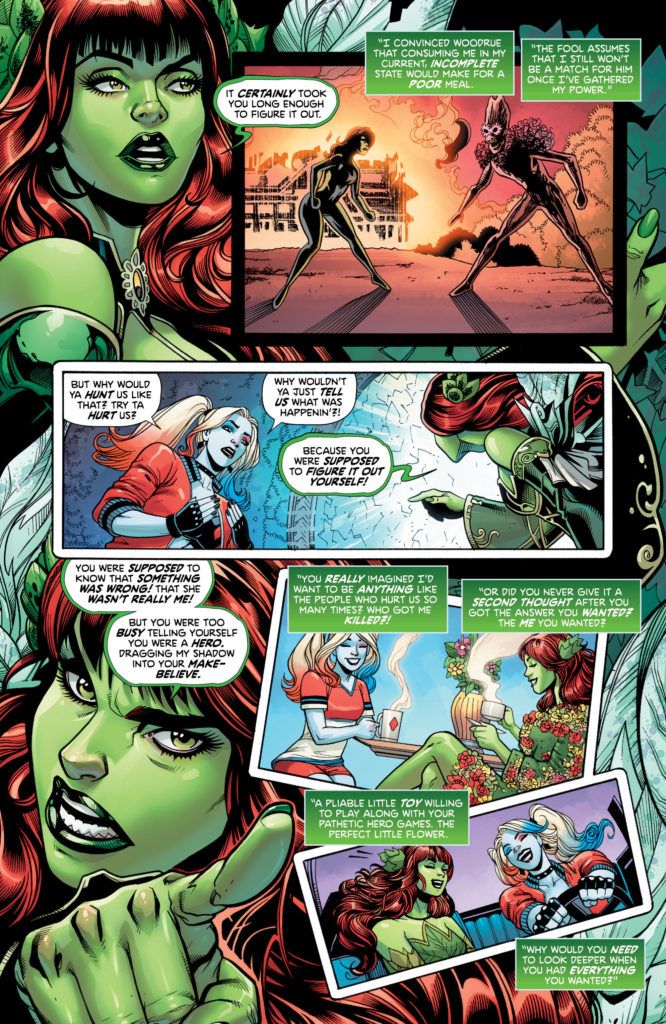 I love and I let you go…

The fight scene of Ivy vs. Ivy highlighted that this was an internal battle that Harley could not intervene in. The usage of color, and the format of the lettering showcased anger from Ivy’s dark seedling and submissiveness from Harley in a way that was almost heartbreaking. The usage of blues and greens added a new texture to the heartbreaking moment.

This was one of my favorite scenes of the limited series because the creative team was able to breakdown vulnerability and anger and display it across “happy colors.” Disrupting the sadness with brightness and it felt poetic because we noticed the brightness of growth and yet sometimes bright colors are harsh on the eyes and it often disrupts our vision. This series was a great reflection of the path towards leaving things behind and sometimes that means letting someone go in order to fulfill your own healing.