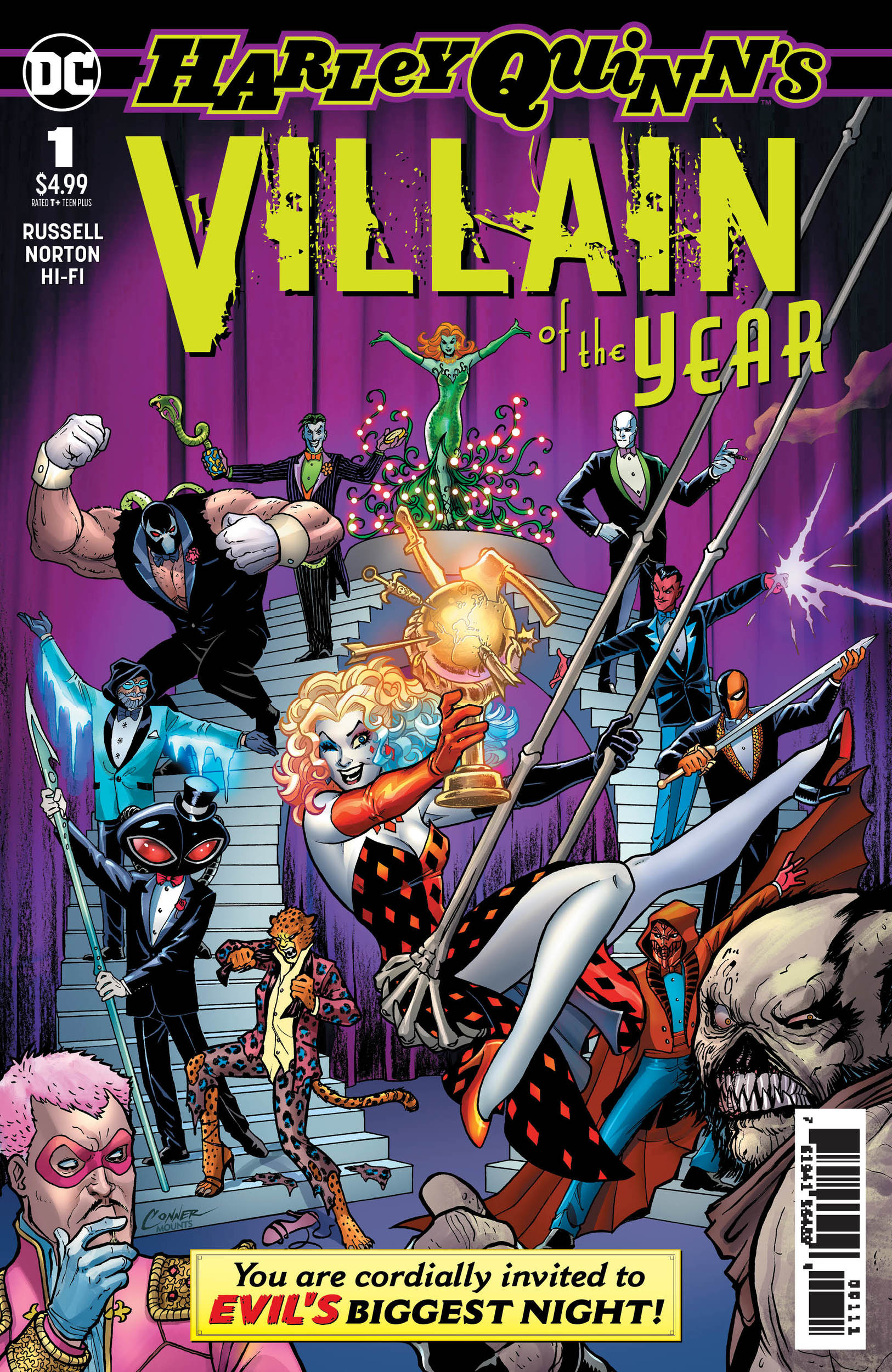 “Does Everybody Get Tight Abs When They Die?”

Everybody loves a good award ceremony. What better way to enjoy the end of the year than with the celebration of villainy? In this hilarious, fun filled comic we get to see Harley Quinn (the hostess with the hands) deliver a wonderful show featuring your favorite villains. From the obsessive tank of Mr. Freeze to the death (err revival?) of Deathstroke, if you’re looking for quips and jabs Harley Quinn Villain of The Year is for you. This interactive comic brings together comedy and wit, and the winners are chosen from comic fans like us!

I loved how the creative team utilized colors and gave these villains enough vulnerability to laugh at. The utter disappointment of Mr Freeze has to be my favorite throughout this comic. The nominees express our own internal sentiments in large social settings. They are just as awkward when it comes to social protocol as regular people. 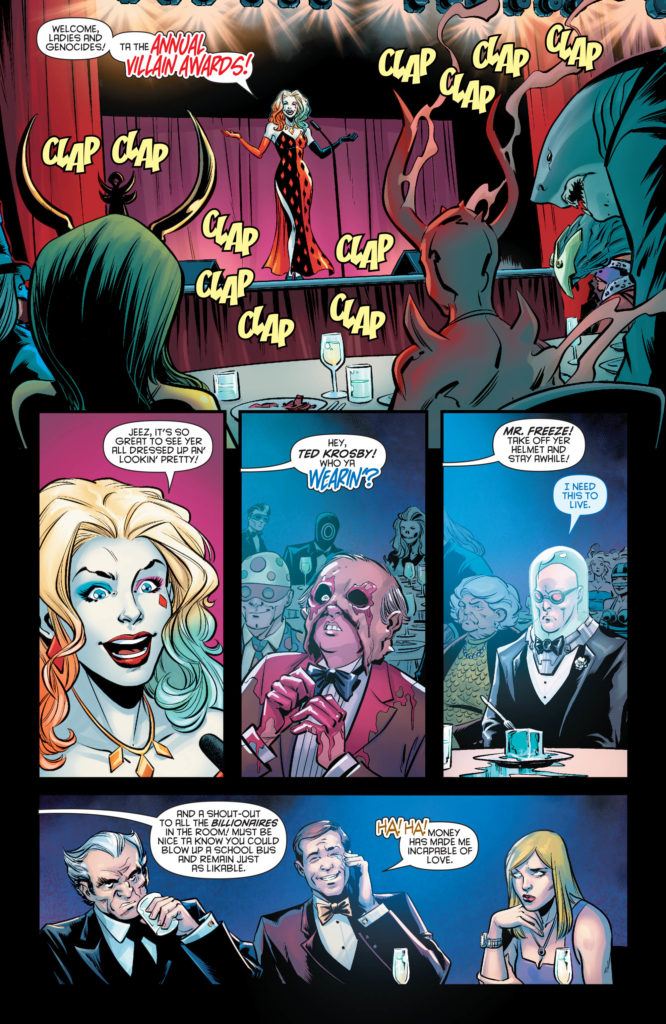 Harley Quinn: Villain of The Year releases what it means to be beautiful and rejected. The creative team did a great job adding personality quirks to the villains we all know and hate. The readers voted on categories ranging from Best Villain to Best Justification for Evil, each category with a satisfactory punchline-driven introduction. I’m interested in the breakdown of the winners. Though I understand why each person won, I would love to see the public reaction to these winners. Not to say that it was predictable (yes, it was), but nonetheless this was a perfect way to bring out “the season’s best” all while also goading folks to check out the winners from this year if they haven’t already.

Villain of The Year is like the (early 2000s) Kids Choice Awards meets the anger of Kanye West when Taylor Swift won that award over Beyoncé. Just imagine all of that fun energy with the aura of a side eye through the whole night. That’s the best way to describe the movements from the creative team. I would love to see more issues like this, each with a chaotic neutral host that brings out the personality of these villains