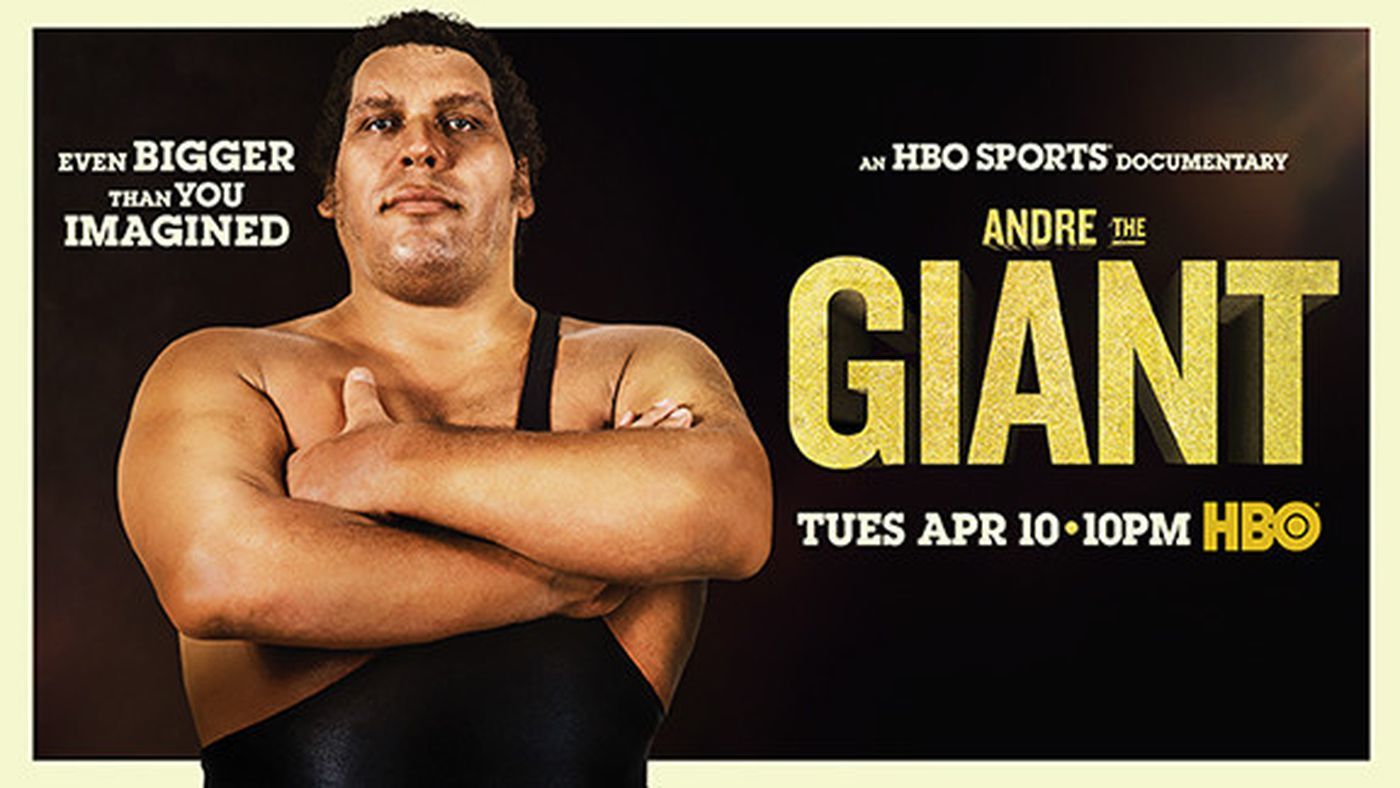 Looking across the board at professional wrestling, things are pretty damn good. A former wrestler, The Rock aka Dwayne Johnson is currently one of the highest paid actors in Hollywood. Ric Flair underwent an ESPN 30 for 30. Bullet Club is telling a remarkable story in both Ring of Honor and New Japan Pro Wrestling. Wrestling is eating right now. The reason for that is talent, innovation, and change. When you look back at the pioneers, those that were the pillars for changing the wrestling game to get it to where it’s at today, there’s a name that stands above the rest. André René Roussimoff, better known as Andre the Giant.

HBO’s Andre the Giant documentary takes a look at the life of Andre the Giant’s huge colossal change to professional wrestling (Sports Entertainment if you’re nasty?). Viewers see Andre’s life as a child in France. We then witness his body growing continuously around 14-16 years of age. We see how Andre got into wrestling and even footage of him training at a young age. We’re literally seeing a legend in the making with Andre the Giant’s humble beginnings.

I let my hands speak for me

Throughout the documentary, there’s this sense of bewilderment about Andre the Giant. He’s this literal gentle giant come to life. An in-person folklore made real. Colleagues like Mean Gene Oakerland and Vincent K. McMahon speak on Andre’s knack for the wrestling business. How he was jovial, liked to laugh, and had a great sense of humor about him. Of course, Ric Flair appears when everyone starts commenting on Andre’s relationship with women. Flair is NEVER not hilarious. We learn how genuine Andre’s character was as Andre The Giant. We also learn how all the wrestler’s in the back knew just who was in charge.

Andre was big on respect. If he ain’t like you then it was going to be a long night in the ring against him. It was cool to see this side of Andre checking wrestlers and making sure folks fell in line. It’s hard to imagine him that way (as a kid at last) until you see the footage of him puttin’ that hurt on folks with context. Still, there weren’t too many folks that Andre didn’t like and we all got a person we can’t stand at work, right? *Looks at Greg in accounting* Still, Andre was also very giving in the ring too. He was able to make his opponents look good in front of the crowd by selling their moves. He’d win but his opponent would still be held in high regard as having gone the distance with him. 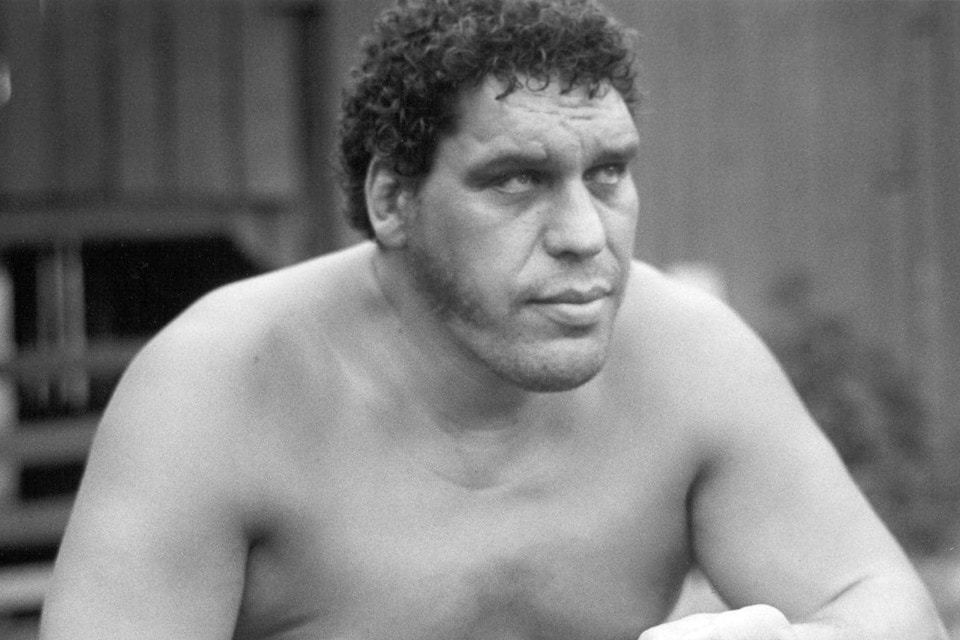 It would be easy to just think of Andre the Giant as we knew him in the ring. The rough thing is the story behind the man. Acromegaly (“giantism”) is a disorder that causes the body to secrete excessive amounts of growth hormones. Andre dealt with this in addition to constantly trying to fit into a world not built for him. When he found out about his condition, Andre was on that “I’m here for a good time not a long time.” real shit.

Endurance is a word that’s gotta be synonymous with Andre. Watching this revealed that the man underwent a lot which takes a look underneath the myth and humanizes his experience with being a constant show or attraction to people–even when just trying to go about his life like any other person. You don’t have to be a wrestling fan to appreciate this documentary and feel for the man.

Are you not entertained? 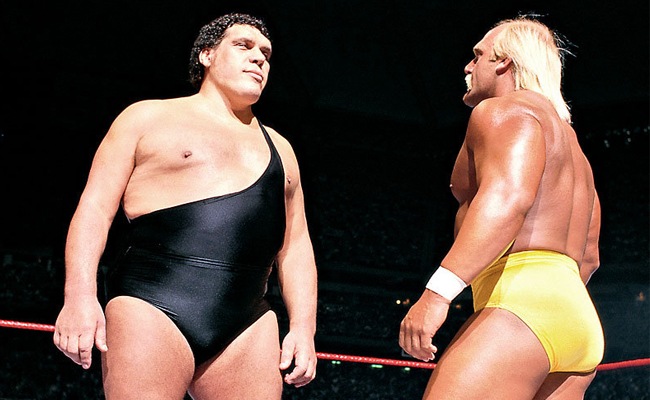 Arghh, it’s damn near impossible to tell the tale of Andre the Giant without mentioning Terry Bollea, otherwise known as Hulk Hogan… (read: dot dot f’n dot). The crowning moment of this story is the passing of the torch between the two. Those that know Wrestlemania III know the story on tape. The story behind the scenes is something else entirely. It was cool to see these events from those that were there and involved and Andre’s humor and demeanor in keeping Hogan in the dark (for his own good) in order to bring the best out of him for their match.

I could seriously delve deep into the ring psychology, history and meaning in their matchup but you’ll get all that from the documentary. Andre The Giant vs. Hulk Hogan was the wrestling worlds Ali vs. Frasier or Ali vs. Foreman. It’s that important. Andre the Giant was that big to the sport. I can’t hammer down the importance of that enough. Andre commanded respect but he wasn’t selfish. He respected the wrestling business, was generous with it, and did what was necessary in order to push it forward. 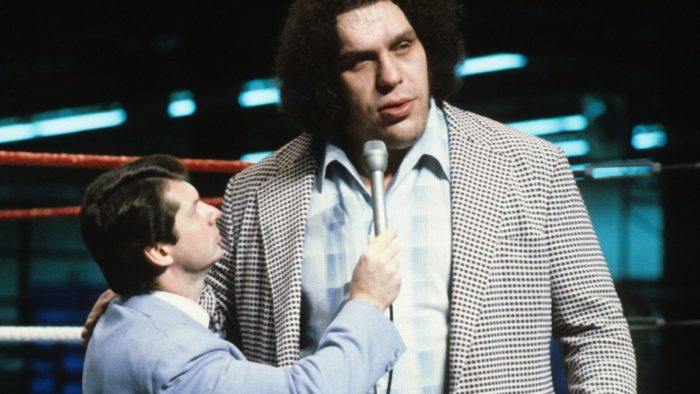