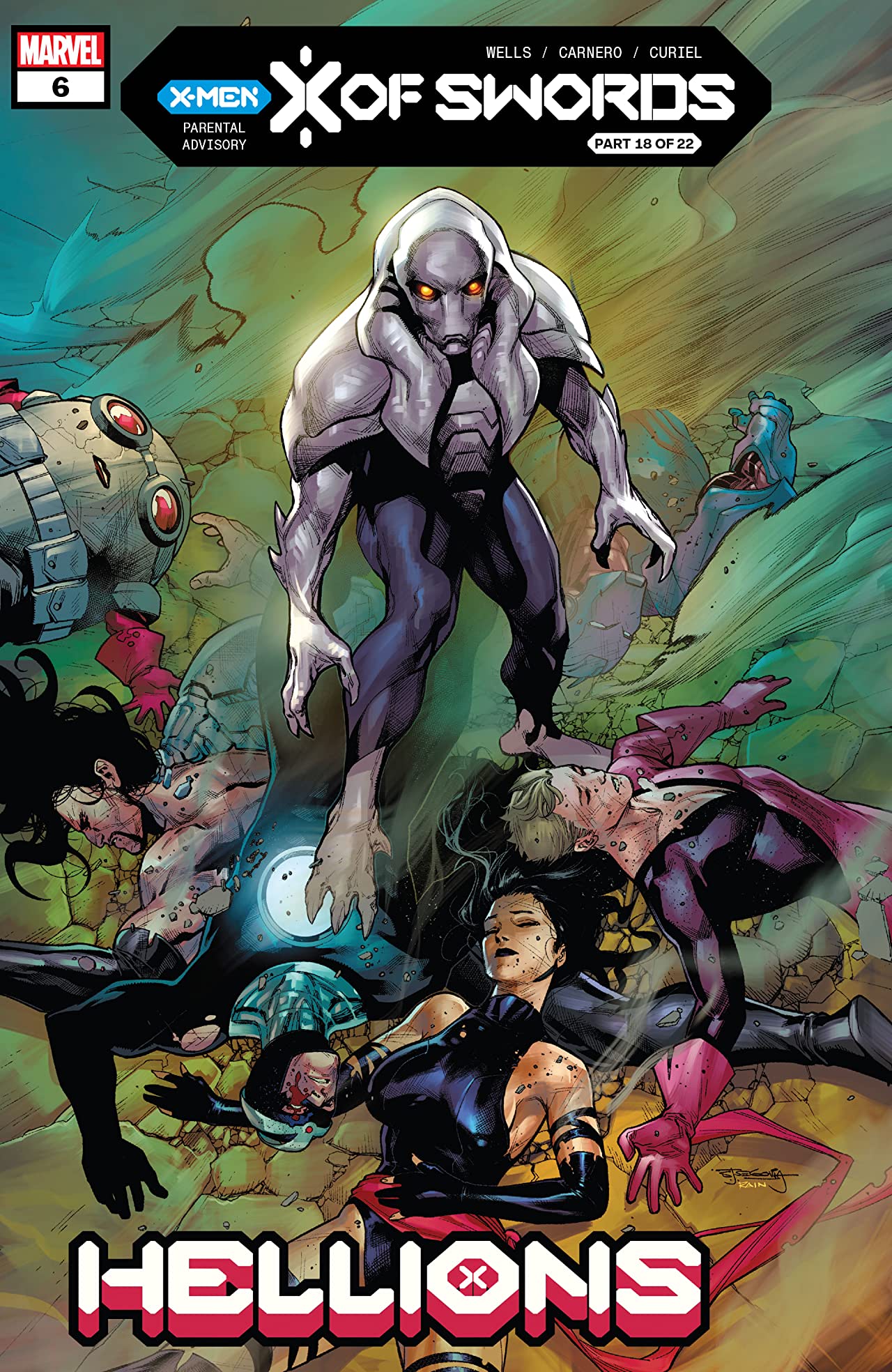 The rather meaty “X of Swords” event has proven to be a bizarre, yet entertaining, sort of mixed bag, tying together the majority of X titles as Krakoa fights to prevent an invasion of Krakoa by their mutant…umm…(for lack of better word) cousins from Arrakko. Despite the unevenness that comes with mashing so many titles together, the story remains mostly effective. And yet, most of the titles seem to still retain their individual senses of style. Take Hellions for example.

Issue #6 picks up with Sinister and his team’s covert operation to sabotage the Otherworld tournament before it even starts. And even though they’re a little late to the party, they still manage to find their own brand of trouble along the way. I appreciate this book for the fact that, despite not being directly tied to the main plot, it still finds a way to build this new, strange world without showing us things we’ve already seen before. And as someone who hasn’t previously invested in this title before, I must admit I was taken in by the overall charm of this team.

I wrote an article recently about how I wish the Suicide Squad movies would lean into the evil and treachery that attracts fans to those characters in the source material. This book has exactly that kind of energy going for it. Although Sinister is charming and hilariously self-absorbed, his charisma lures you in and makes you forget that he’d very likely leave his team hanging at the drop of a hat if given the opportunity. In fact, a few of these characters only seem marginally interested in each other’s survival on what seems like a kamikaze mission to begin with. It makes for many fun twists and turns that keep you turning the pages. Carmen Carnero’s artwork fully embraces the duality of Zeb Wells’ script. There’s definitely a lot of well detailed blood and carnage, but there’s not a single opportunity missed to lean into the more comedic moments. You can almost hear the punchline drum roll when you turn the page.

Bottom Line: This issue proves why this is a vastly underrated title in the X-line with its distinctive charm and unpredictability factor.