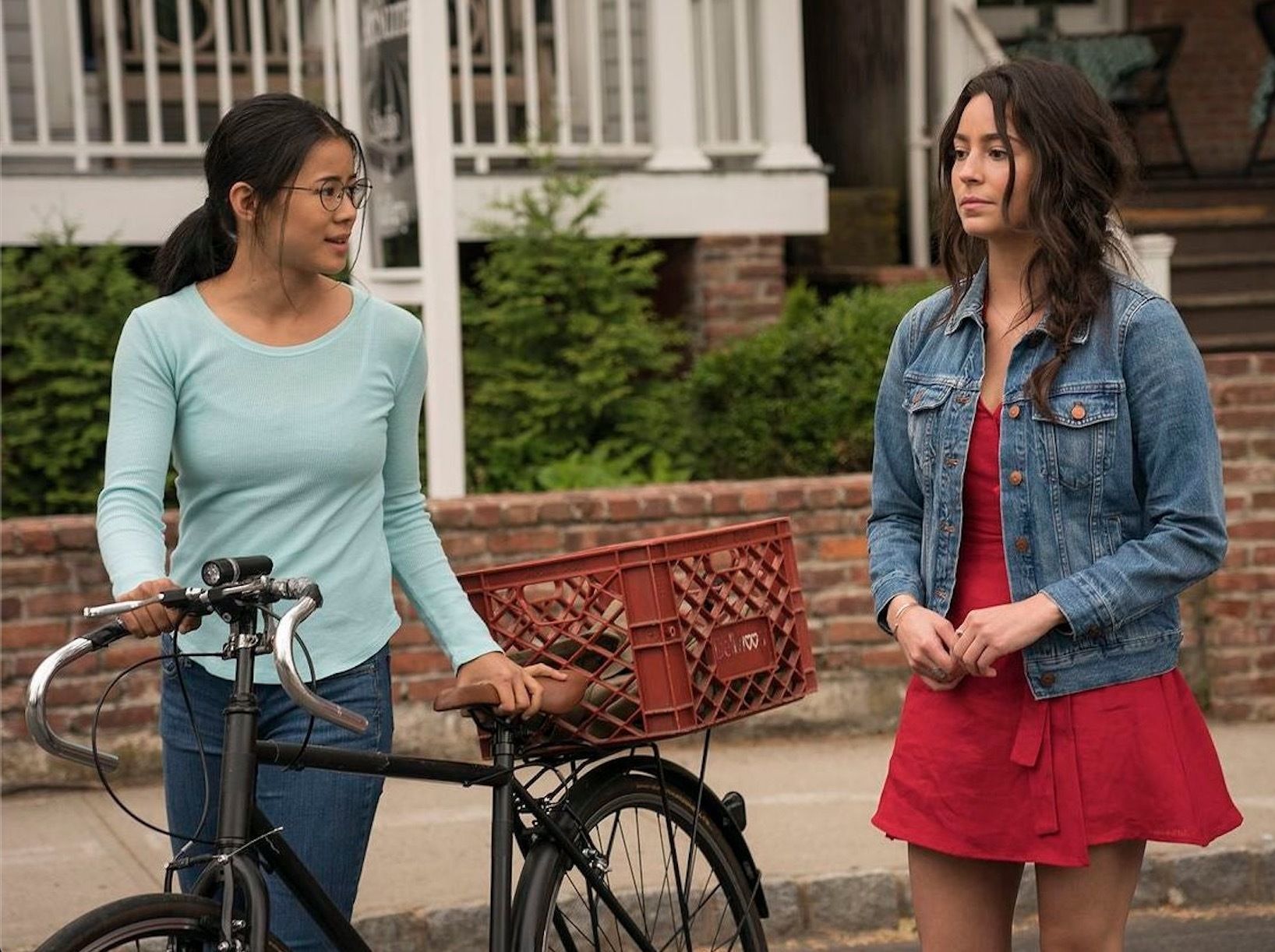 For years, Netflix has been cornering a temporarily forgotten market: the teen romance movie. Their catalogue has been filled with them in recent years, from the middling successes of Tall and Sierra Burgess Is a Loser, to the big success of instant classic To All the Boys I’ve Loved Before and its sequel PS I Still Love You. The Half of It is Netflix’s newest teen romcom movie in the same tradition; one that continues its legacy of capturing the charm and emotional pull of the teen romance while subverting its more antiquated clichés and heteronormativity.

A love story centered around academic star and witty outcast Ellie Chu (Leah Lewis), The Half of It offers both a common protagonist trope with a twist: sure, Ellie is a nerdy outcast, but she’s also confident in her own way, less interested in the popularity game of high school and more invested in taking other students’ money by writing their English papers. Her personal struggle is primarily paying the bills with her father, a Chinese immigrant whose PhD is undermined by his inability to speak perfect English. When Ellie meets Paul, a charming-dumb type with a heart of gold, he asks Ellie to write a love letter for the girl he’s fallen for. Ellie never expected to fall for that same girl through her letters, launching an often hilarious, often touching love triangle in small-town Squahamish between the poetic nerd, charming-dumb jock, and the perfect girl. 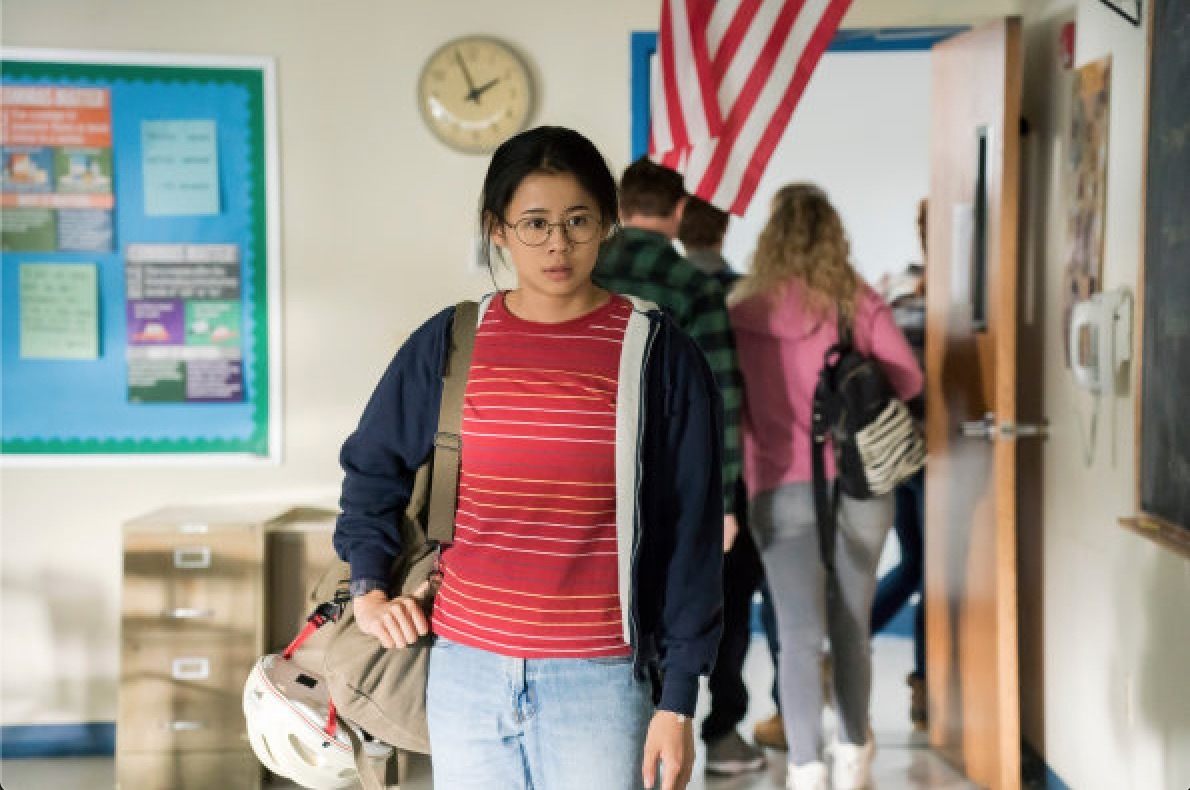 Part of The Half of It is a familiar catfishing plot reminiscent of Sierra Burgess and countless others, but less cringy in its deception. You feel more comfortable rooting for Ellie’s deception given the likelihood of the perfect girl, Aster, having the same struggles with her sexuality and secretly wanting to be with Ellie as well. While their feelings stay hidden, the second act of the film makes for a spy thriller-comedy of a love story, with Ellie speaking through Paul, a character who reliably blunders Ellie’s wit and sensitivity. When Ellie and Aster communicate through letters and texts though, sparks fly, along with an undeniably beautiful emotional connection.

Despite being a romance that isn’t meant to have a happy ending — Ellie’s narration offers you that warning when the movie begins — there’s an unbridled hope that threads through every scene and character. Not necessarily based on the question of will-they-or-won’t-they-be-together, but hope for Ellie and Aster to come to terms with their feelings, that Paul will become a star chef and his friendship with Ellie will develop, that Ellie’s father will be alright. Where Paul seems impossibly uncharismatic in the first act, and Aster too conceited to fully appreciate, both will grow on you as a testament to writer and director Alice Wu’s work. You may scoff at the undercurrent of pretentious commentary on love and philosophy (at least I did) until I realized how effective it was in putting me in the heart space of teenage love — the same heart space that’s so ineffable to Paul that he needs Ellie to describe.

An underdeveloped character or two weakens the movie, like Trig, Aster’s boyfriend who plays an additional dumb jock and pride of the town. His relationship with Aster is meant to complicate her feelings as to whether she wants to submit to the manicured life offered to her, or boldly pursue the riskier life she truly wants. Their relationship feels more a distraction than an asset, not worth the handful of laughs offered by Trig’s cute doofiness. Eventually he leads to the least effective part of the film when a climactic scene in a church goes off the rails and crashes.

Still, there’s more than enough depth and plot progression to make it easy to sweep the unnecessary parts aside and focus on what matters. By its end you will find yourself cheering for friendships more than lovers, not needing a happily-ever-after to feel that love won the day. For me, there’s few more heartwarming scenes than Ellie and her dad eating something called a “taco sausage,” with Paul standing between them, smiling. I could have settled simply for that.

The Half of It is available for streaming on Netflix May 1st.