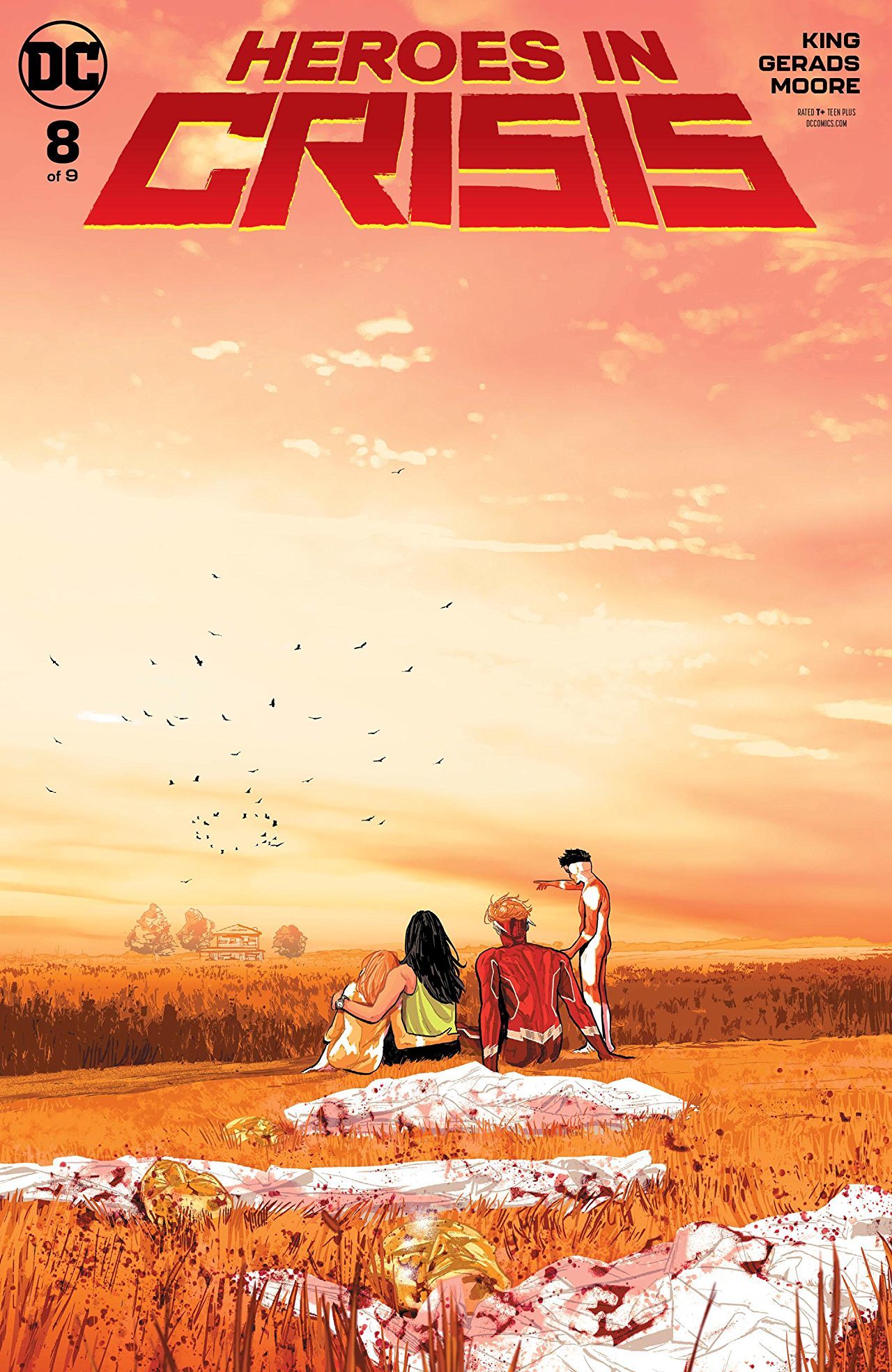 There is so much to talk about when it comes to the penultimate issue of Heroes in Crisis, especially considering the bombshell revelation of Heroes in Crisis #7 and all of the time travel shenanigans and the fact that this is the moment that King decided to tell us… everything. Heroes in Crisis #8 is the lynchpin of the series, the climax of the event, and Heroes in Crisis #9 will likely be a grand overview of the aftermath about everything that has happened in Sanctuary. But I suppose we have to focus on the present.

Heroes in Crisis #8 is told entirely from the vantage point of Wally West as he gives a 1st- person impression of Sanctuary and his version of events of every single major plot point we’ve gotten. King’s been putting Wally at the forefront of so many of the Sanctuary confessionals, that it’s not unsurprising that he is the focal point of the story. Whether or not that is satisfactory is really going to hinge on your views of trauma and opinions of Wally West. 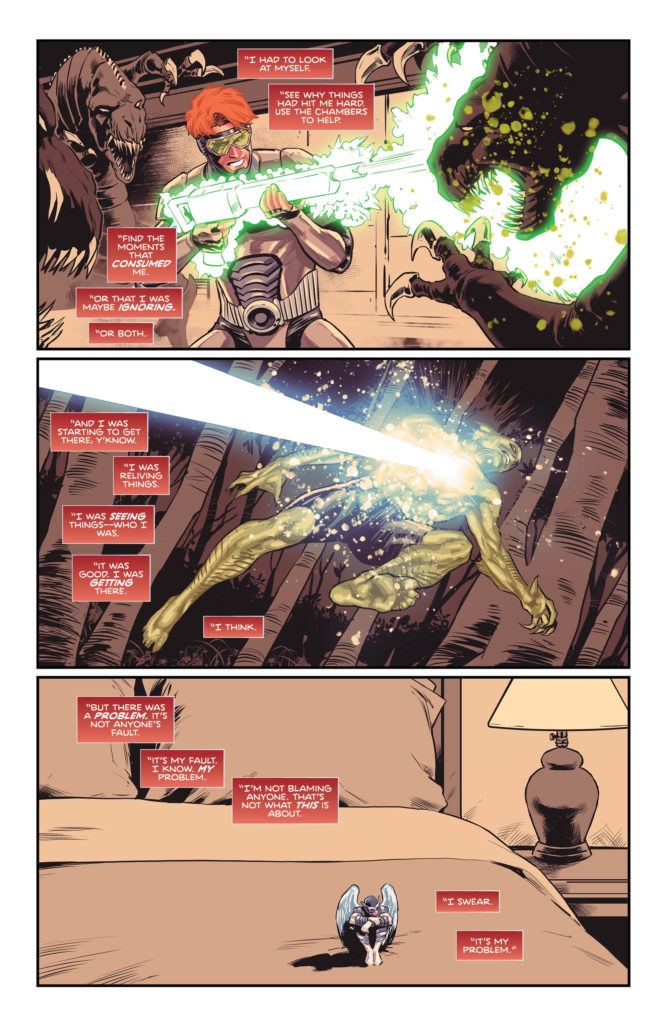 Without going into spoilers, Wally West’s confession is written and illustrated beautifully. Gerards’ provides the bulk of the issue, while Moore does some fantastic interlude work on the various characters’ struggle in Sanctuary. The artwork is top notch and devastating. Both artists treat every panel like it was going to be the iconic image of the book resulting in a wonderful string of sequential artwork. And it helps that King is a little more tempered here. There is less grand philosophy and more quiet moments of weakness. Wally speaks plainly and tragically. There is no obfuscation, there is just a man struggling with lost and struggling with coping. This is the deep dive into the psychology of regular people dealing with loss literally due to an uncaring universe. This is exploring what would happen if a superhero’s trauma ever took them to an even darker place. This is what I wish the series had been the entire time, although perhaps with a little less murder.

All in all, I think Heroes in Crisis #8 anchors the story in a necessary way. It’s hard to predict where the series as a whole will fall, but as a lead in to the final culmination, at the very least it’s grabbed my heart and my interest.

Enjoying Heroes in Crisis? Check out BNP’s other reviews here.