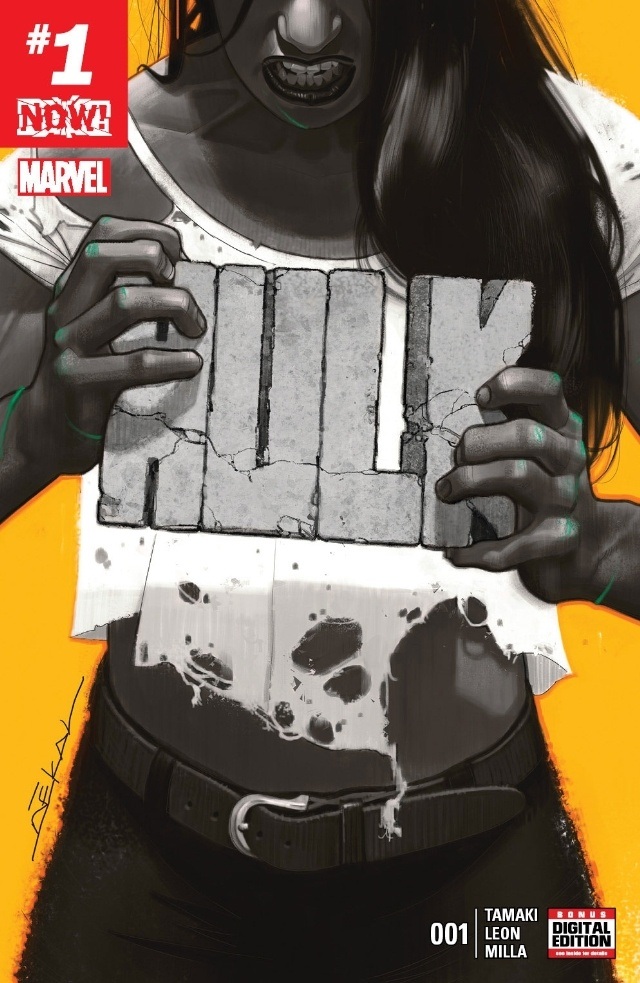 Off the strength, y’all need to realize Jennifer Walters been giving you life in Marvel as the She- Hulk. Breaking the 4th wall, punching people through fucking panels, living her best life, calling out double standards, and at the peak of it all being confident in who she is, She-Hulk is the polar opposite of her cousin Bruce in her gamma manifestation. As it draws from her confidence, She-Hulk is the representation of cool, calm, collected, control, and confidence as if she was her own strain of kush. J-Walt has had this M.O. for years… so what happens when that’s taken away?

Enter this new story of Jen Walters post-Civil War II. She suffered a grave injury that had her laid out (like your Sunday best on your bed), seen her mans and dem James Rhodey die, and woke up to find out her cousin Bruce Banner was killed (by Hawkeye, no less). Jen is now pulling her life back together and getting back to work, however now she’s in her normal body. Tamaki has us discover slowly that we’re seeing Jen deal with PTSD (which we’ve never really seen a Hulk deal with) and how that has affected her transformation. 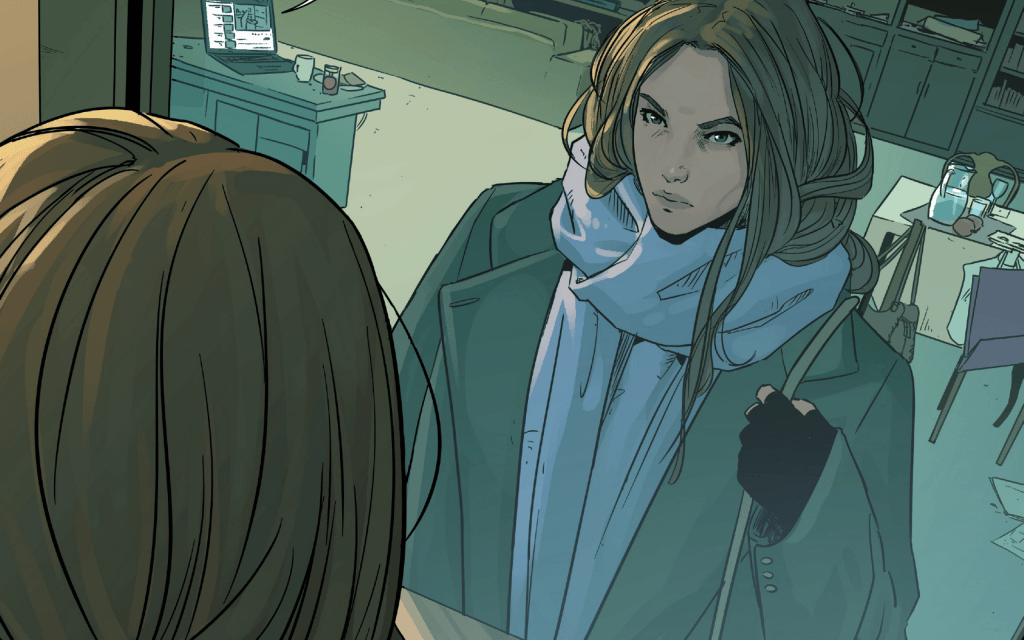 The fact Jen isn’t walking around in her Hulk form is proof enough something is wrong because she normally stays green; we’re now seeing her rebuild confidence in her normal body, dealing with trying to get her life back on track with all the difficulties that entails. We meet a client that brings out Jen’s warm side, as well as someone who brings out her ire and triggers her towards the end of the book. Maaaaan listen, Tamaki is writing that good shit right here, folks. There isn’t anything to punch through this issue — this is all internal conflict and it is fucking great. We see glances at things that seem random but turn out to be influential in the healing process that will make you “ooooooh shit” when you see them.

Nico Leon does great a job showing how hyper aware J-Walt is navigating through spaces now. We’re seeing a drastic change in not only her thoughts (that’s still filled with snark, but is a bit more frustrated now) as well as her mannerisms. The coup de gras is the initial transformation process into her Hulk form, which is now fractured. Leon’s art is very particular in getting that point across this time around. 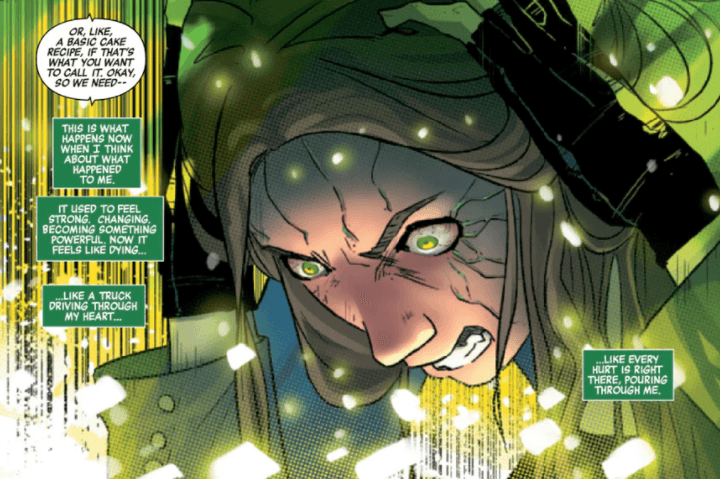 I focused heavy on Jen Walters here, but we are also seeing a vibrant story coming up that Tamaki has kickstarted with J-Walt’s job. Again, this isn’t an action-packed read, but it’s important to see a hero come back into who they once were, or in this case becoming comfortable with who they are now. We can’t have that process only taking one issue, and luckily we have a creative team that’s up to the task.