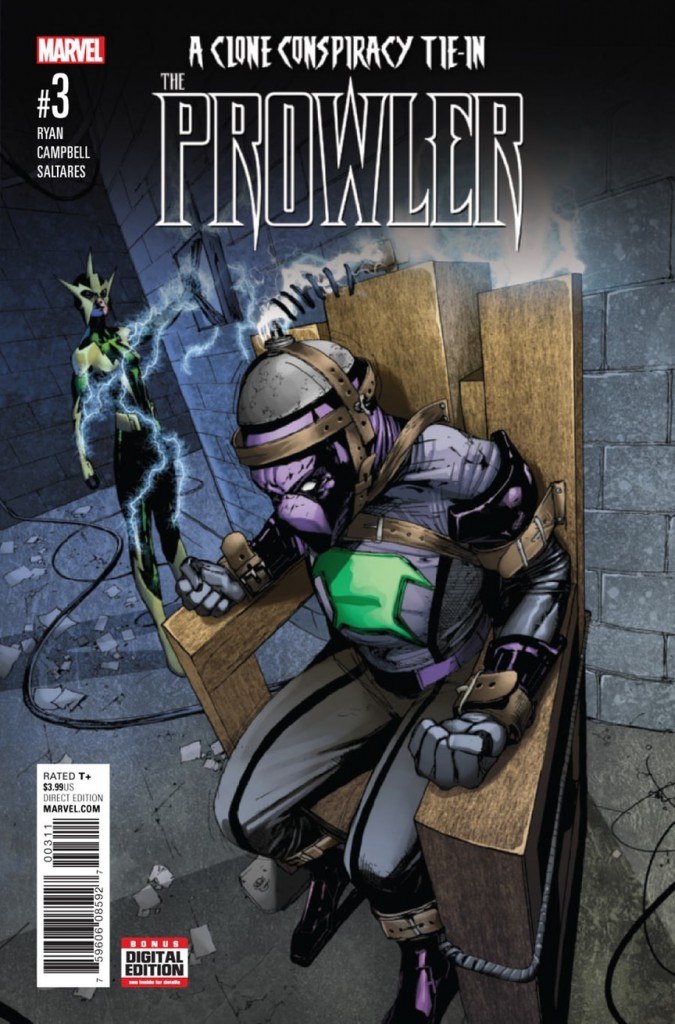 I like this series, man. Hobbie Brown is my fucking guy, it’s rare that we get to see the Black character that’s the everyman/woman in a series. Hobie is out here trying his ass off and luck is never on his side. Sean Ryan is killing it with the captions for his character. I feel like most would sleep on Prowler but this writing is really making me feel for the character and it makes him stand out from other heroes as well.

Ryan is getting to the heart of Hobie by not having him rely on powers he doesn’t have or fighting skills — we get a guy that’s surviving on MacGyver instincts and ingenuity. I love that shit, that’s that shit that resonates trill with me. Hobie is facing off against Electro in this issue and not only that, he’s breaking down from not taking his New U medicine. All these elements are against Hobie but he reminds himself that all he’s ever had to save his ass was his mind. Ryan writes a really intense fucking action sequence man, I was on edge reading this shit and it was navigated beautifully by Jamal Campbell. 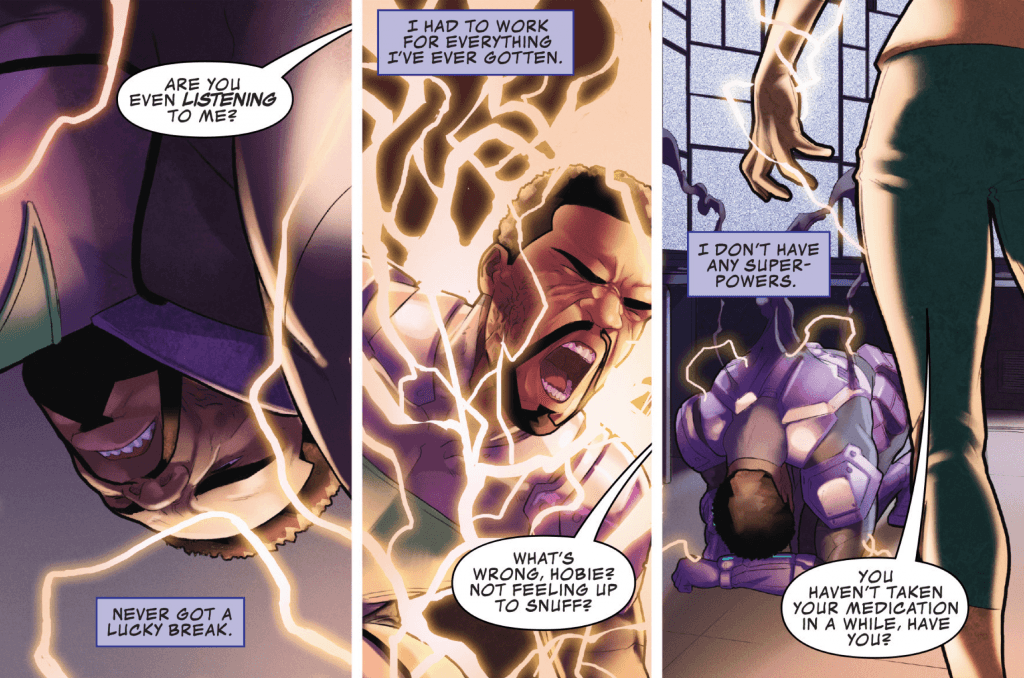 I feel like I gotta go in each time on Jamal Campbell when his name comes up. Homie, in my opinion is one of the best new artist out and one of the best artist at Marvel. I SAID IT! I’m not taking that shit back either because look how smooth he got Hobie looking! Look at the detail of when Hobie’s molecular structure starts deteriorating. Visually this is some fucking compelling and gripping shit, man.

Ryan and Campbell are a devastating team together, I’m really looking forward to what they’re going to have Hobie doing outside of The Spider-Family related events. Much like how Ryan loves to use entendres with his opening captions repeating under different circumstances at the end of the book, this book keeps coming through and making you change your point of view on Hobie Brown for the better.

Reading The Prowler? You can find our other reviews of the series Twitter, Facebook, Tumblr or Google+?