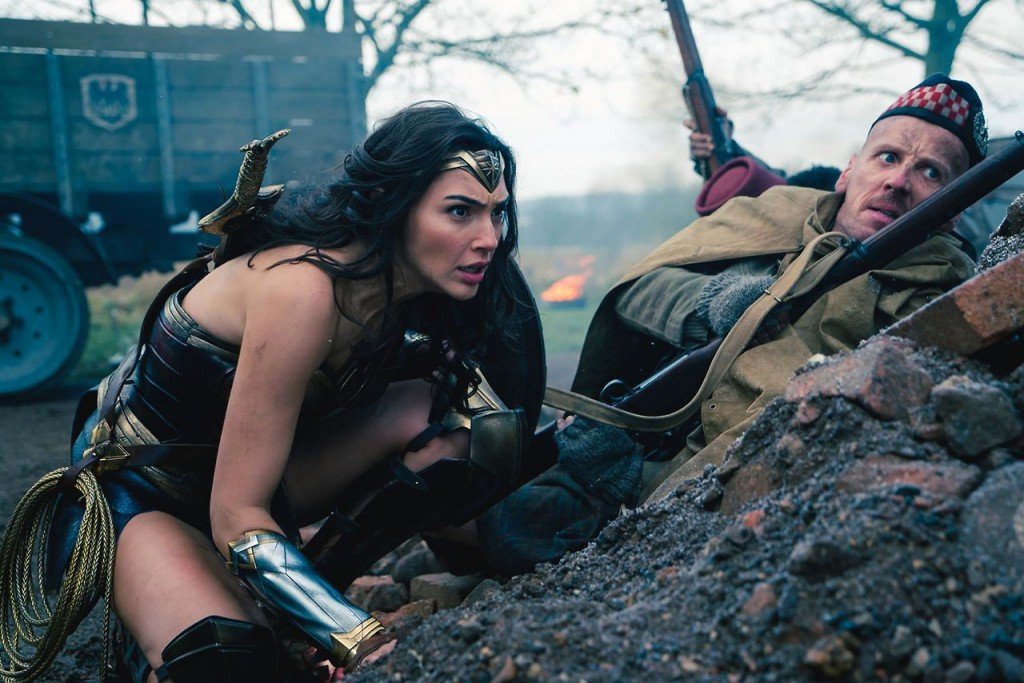 Okay, so, now we’re at the point where I’m forced to think there’s something seriously wrong in the land of DC’s film division. Actually, let me backtrack.

By the time you read this, we will probably be a little over a month away from June 2, 2017. I know and keep track of this for two reasons. The first is that, by that time, I’ll be in the middle of my vacation in New York, marveling at the bodega guy giving me a straw with my soda (this doesn’t happen in the South), drinking and making bad decisions for a straight week. The second is because the Wonder Woman movie will be making its big debut in theaters.

And yet, if I didn’t already happen across this information via the movie’s Wikipedia page, I would never know about it if television and conventional advertising were an indication. I mean, maybe Gal Gadot’s had a Jimmy Kimmel appearance that flew under the radar or something, but the fact that it was Jimmy Kimmel basically means that nobody will ever know about it because that requires watching Jimmy Kimmel to begin with. Sure, we got a second trailer but that was a month ago. We haven’t seen a press tour, any annoying pop up ads on [enter generic gaming site here]. Serena Williams’ unborn baby has only been known to the world for days and has had more PR handling than a Wonder Woman film has had in almost 6 months. I mean, seriously, Guardians of the Galaxy 2 is dropping in two weeks and we’ve been drowning in Baby Groot shirts at least since Christmas.

It’s a little odd that Justice League is dropping in late November and has received more promotional attention than DC’s summer blockbuster offering. At this point, you can go to a movie and see the latest Justice League trailer (which, in my opinion, is the trailer they should have led with in the first place), but no sign of Wonder Woman. The fact that DC has a feature film for their leading lady and Marvel is only just announcing their directors for Captain Marvel (which we won’t see until perhaps another two years) should have DC publicly thumbing its collective nose at the competition. But with all the radio silence surrounding this movie, you would think Jay Electronica were closer to actually dropping an album than we are to seeing DC’s most promising (or only promising) offering to date.

I mean, really consider this for a second: There’s a movie about maybe one of the most celebrated superheroes in the history of the superhero myth (third to her male counterparts, Batman and Superman who struck out with Yawn of Justice) coming in a month and the internet hasn’t gone into complete cardiac arrest. No “think pieces”, no “hot takes”….just Spider-Man and Rocket Raccoon sucking up all the oxygen in the air like Sacha Baron Cohen trolling Ricky Bobby.

I don’t know if DC is hedging their bets, if there’s dissention in the ranks (I mean, that didn’t stop Marvel from getting Ant-Man made, but still…) or if this is some kind of reverse psychology promotion technique, but believe it or not, we’re only concerned because we actually want this one to win. We’re just not entirely sure DC does.