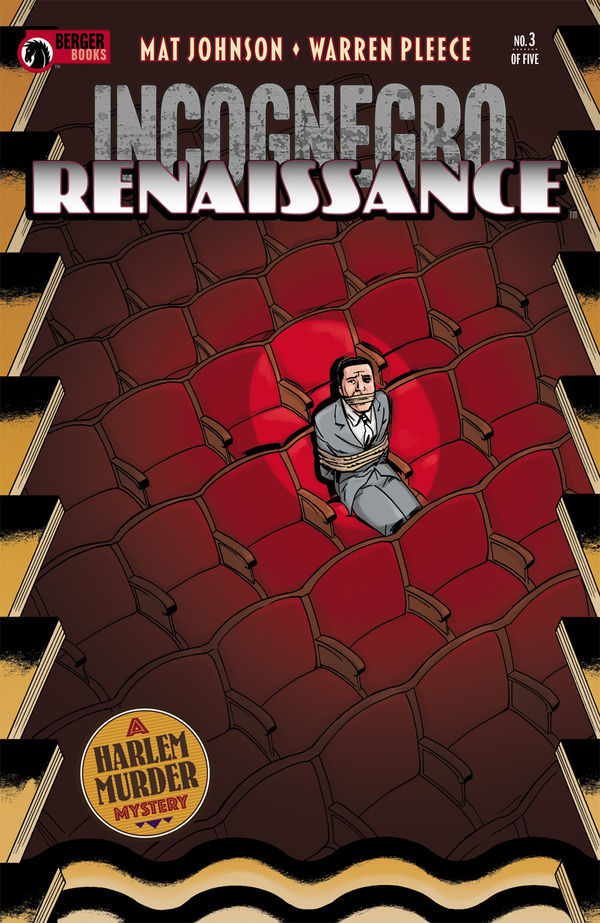 Last month’s origin story brought Zane closer to solving his murder mystery but came with immediate consequences. Now we find Zane captured in his first adventure undercover as a white man, and it turns out less lethal than it seemed. False climaxes always feel a bit cheap, but the encounter brings Zane to an audience with the woman he meant to question, and that makes way for the issue’s emotional heft that makes it all worthwhile. Zane meets someone like him, a black person able to go “incognegro.” Only she can do it even better, having sacrificed her identity to pose as white full-time. 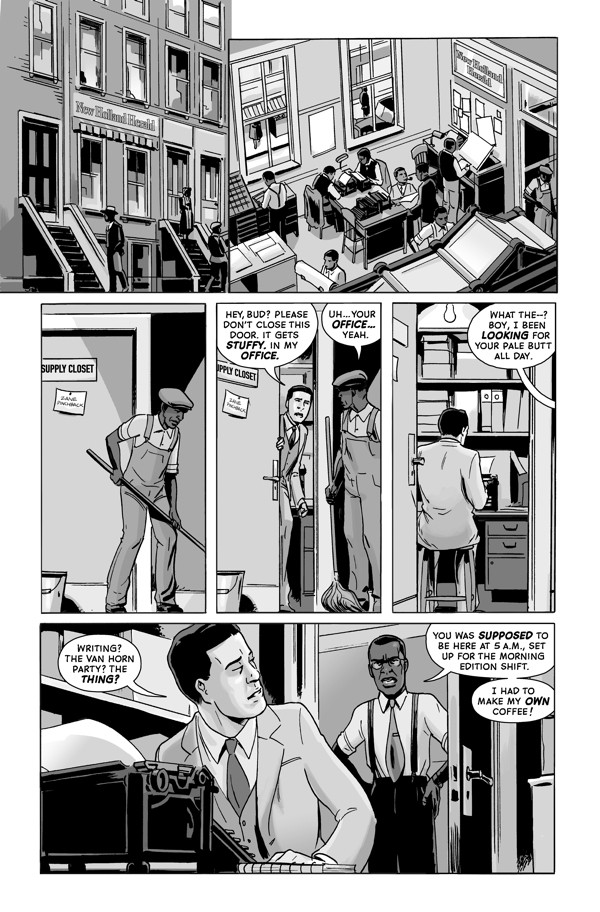 The realization turns into a great conversation between the two of them discussing the emotional costs and payoffs of their ability to hide their race. Are they freaks? Should they use their ability to pass? Would they be stupid not to? The theme of their conversation is underpinned by the guilt that comes with the decision to pass, and the reasons one might do it anyway. It’s a winning scene for its honesty and vulnerability, and lays the foundation for a budding romance that, given we know Zane’s future, probably won’t end well. We look forward to seeing it play out.

Overall, the plot thickens a bit with our new discovery of the victim’s family, but even better is the new angle added to Zane’s search for justice. Great mystery, compelling characters, and a quest for justice — what more could you want? Incognegro Renaissance is on pace to be the prequel that the original graphic novel deserves.

Reading Incognegro? Find BNP’s other reviews of the series here.