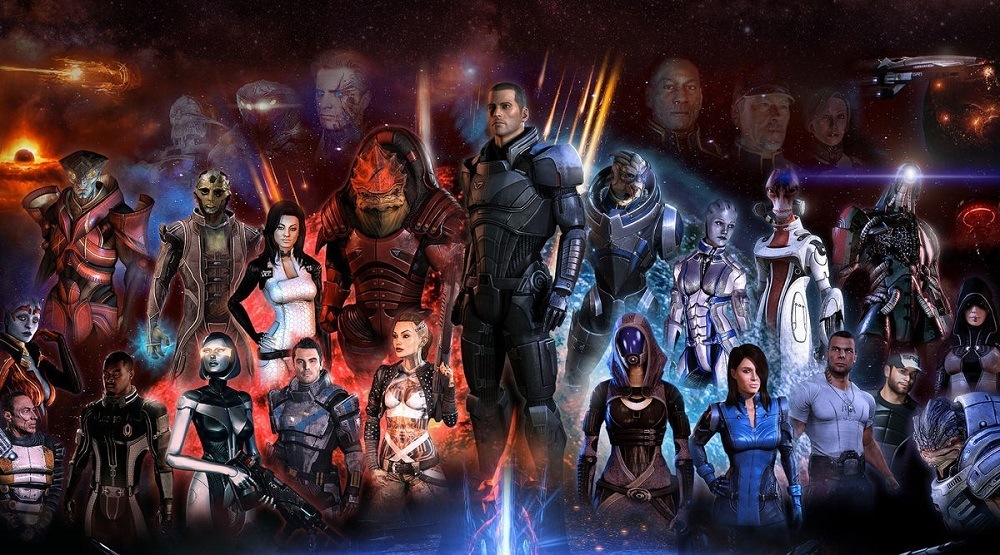 How Mass Effect Affected All My Modern Gaming Preferences

Mikkel: Right before I went off to St. Louis for college, I knew I wanted a game. I wanted something to satiate my gamer habits and it had to be for the PC since I wasn’t about to drag a console across the country, especially without a TV. I have a distinct memory of standing in the store with Dragon Agein one hand and Mass Effectin the other. I needed an RPG. I needed something in depth and epic. And in my heart, I am a tech nerd above all else, so I took Mass Effecthome with me. Mass Effect holds the distinction of being my first M-rated game. Mass Effect 3 holds the honor of being the only game that ever melted my graphics in my laptop and onto my mother. Mass Effect set me to be the Destiny player I am now.

Out of the entire trilogy, I’ve always been partial to the original. It’s the only incarnation that I managed to play through multiple times, and the origin story of Shepherd meant a lot to me for a couple of different reasons. It was the first time in major gaming (for me) where I could get the protagonist to resemble me and a nice little training wheels shooter with lots of bombastic abilities. I was an engineer through my first run, a biotic in my second, and in round three I tried really hard to be a sentinel, which was not advisable back in ME1. I do appreciate ME2 for making the tech armor OP, but for me, I’m always going to think fondly of my heatsinks and the binary decision on the initial planets. 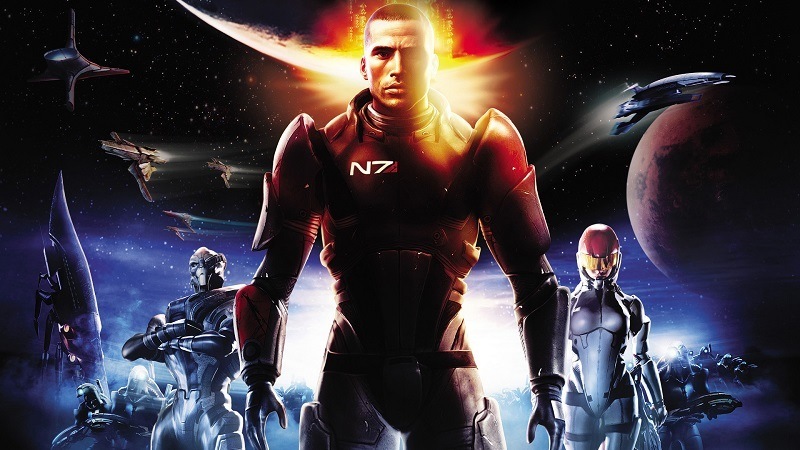 But ME1 also brought *the* Krogan, Urdnot Wrex. Wrex is the template for every sci-fi character I’ve played since then. My shotgun loving, melee-everything Titan self in Destiny 1 and Destiny 2 is an homage to Wrex. The Krogan were a wronged group who became warlords and warladies with a take-no-shit attitude. With a “miss-me-with-that-genophage-nonsense” swagger. And your buddy Wrex single-handedly brought his species back from the brink. Wrex rallied the Krogan behind the Urdnot banner and could headbutt any enemy like it was nothing. Wrex was a simple, brilliant Krogan. Brilliant as in brutally efficient, brutally honest, brutally bombastic. For fuck sake’s he even added a word to the Krogan language so they would know his commander’s name.

“You’ve been a champion to the Krogan, a friend of Clan Urdnot, and a brother to me.To every Krogan born after this day, the name ‘Shepard’ will mean ‘hero’.”

Wrex is the homie. Wrex is who you want in the trenches. Wrex was my #1 Squadmate even if he was only my squadmate once.

Frantz: I am a sucker for an epic sci-fi anything. If the scale and the scope fit just within the parameters of my imagination – I’m hooked. This leaves me open to some amazing experiences in gaming. Mass Effect arrived at a time where I was wondering if I’d outgrown gaming. In the time leading up to the game’s release, Dubya was still in office, the world was in utter turmoil, and the bills-to-income ratio took a sharp dip in one direction. I felt strongly as though adulthood was rearing its’ head, and that games and comics might pay the price for that. Like a leaf in the wind, a promo for the Mass Effect demo ‘blooped’ its’ way onto my Xbox 360 dashboard. Then my whole life changed.

No longer did I have to compromise gunplay for narrative; I could literally have my cake, eat said cake, and decide when my biotic squadmates might obliterate that cake into blue haze! My recollection of playing that first Mass Effect can be folded into two moments: one is me playing and thinking aloud, “Damn, I haven’t felt this invested in a story since KOTOR.”; the other is my wife yelling from our bedroom, “I don’t know what KOTOR is, but it’s 3:00AM bring your ass to bed!”. I broke night a few times rocking the first Mass Effect – mostly because I’m a recovering achievement hunter. Also because I crave narrative.

Fast forward to the second installment: the first game I ever pre-ordered. For those who don’t know, I write a segment for BNP called ‘Used Bin’ because I don’t cop new games at ‘new game prices’ (FOH). The plot was dope, and I was given the option of rocking with either of two most badass women in the history of gaming: the androgynous criminal Jack and the immortal commando Morinth. There were few things more satisfying than storming with Jack and Jacob. The story grew even further than I thought it could – and the gameplay was faster than the first.

By the time the third Mass Effect dropped, I was well versed in the story and knew exactly how I wanted to play the game. The real kicker in the third ME was the multiplayer. I’d never really engaged in online multiplayer prior to ME3 (which is what got me into the Titanfall games), but I legit lived on those servers even AFTER Xbox One hit the shelves. Let. Me. Tell. You. My level capped engineer class with the Mantis X sniper rifle will give anyone the business on the leaderboards.

I’ve always had an affinity for sniping in games, but ME3s multiplayer put me on the map.

Equally so, ME3 marked the first emotional attachment for video game characters I’d ever had. * To editor * Let’s stop here before I divulge how many hours I put into replays (three each) of each game (all four of them).

William: If anyone was surprised at the amazing achievement that the Mass Effect trilogy would become, they weren’t paying attention. The KOTOR (Knights Of The Old Republic) games are still within the conversation of the best licensed Star Wars games of all time and I still believe Jade Empire is one of the most underrated games of all time (that Glorious Strategist twist? What?!). When previews and production notes showed that Mass Effect was going to be their biggest universe to date, the only reservation I had was how many playthroughs I could manage in my video game time budget. Yeah, we broke that fam (and 2 playthroughs on the Xbox, 2 on the PC for the record).

Throw in the fact that your decisions not only affected the results of your story, but they affected the story and results of two more games yet to exist, the quality of the games was only matched by its ambition. Never had I had an ownership of a character where I was as happy to talk fellow gamers and pontificate on the exploits of “My Shepard.” 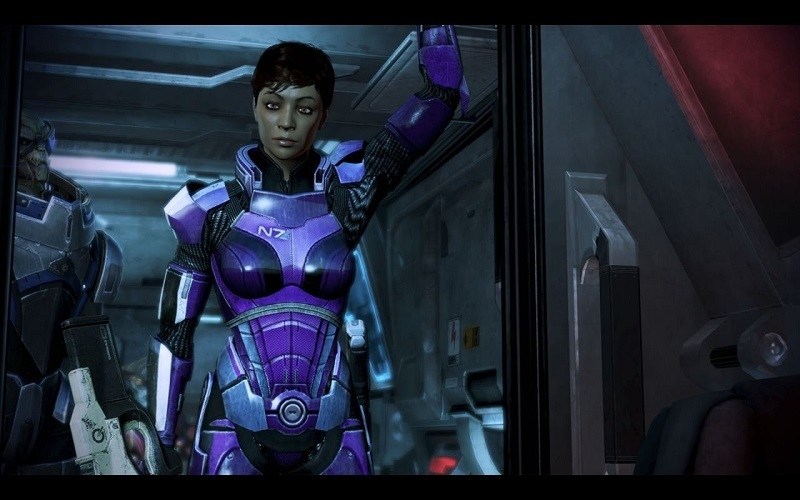 And while I have played Mass Effect 3 an untold number of times for the payoff of all the stories tying up (and that Shore Leave DLC, my gawd), I still regard Mass Effect 2 as one of the best games I’ve ever played. Probably my favorite action RPG ever until Witcher 3 came out. It still has the best video game trailer of all time. The fight against the collectors? The introduction of the Illusive Man. Then there are the crew members and the life and death possibilities when going through the Omega 4 Relay. The relationships you forge over the course of that game and the directive of the loyalty missions were groundbreaking. Finding a way to do that kind of character development with a very thorough overall story was masterful. While the Turian Sharpshooter will always be my ace, I must say that Jacob, Miranda, Mordin, Thane, Grunt, Samara (Morinth if you nasty), Jack, Samara, Garrus, Zaeed, Kasumi, EDI, Joker, and Legion (especially Legion) are the best gaming crew of all time. Point blank period.

Chris: I didn’t own an Xbox 360 back in 2007, so I never had the opportunity to play the first Mass Effect. So, when they announced that Mass Effect 2 for the PS3, it was a day one must buy. I had to see what all of the Xbox fans were raving about. Hours upon hours. I swear to you that I sank my life into this game. It’s funny because I have such an odd relationship with RPGs. They are long affairs that ask you to sacrifice playing anything else to enjoy. Yet, Mass Effect 2 consumed me. It was the only thing I played for a month – three times.

While I missed out on the first Mass Effect, the second one flawlessly introduces you to Commander Shepard and his/her world. A future where earth the rest of the galaxy suddenly opened up to Earth to interstellar travel. A game where new worlds and aliens were yours to explore and each came with its own story and background. An ancient race snatching up bodies, forcing you to travel to the unknown. These make for a sci-fi adventure at its best. 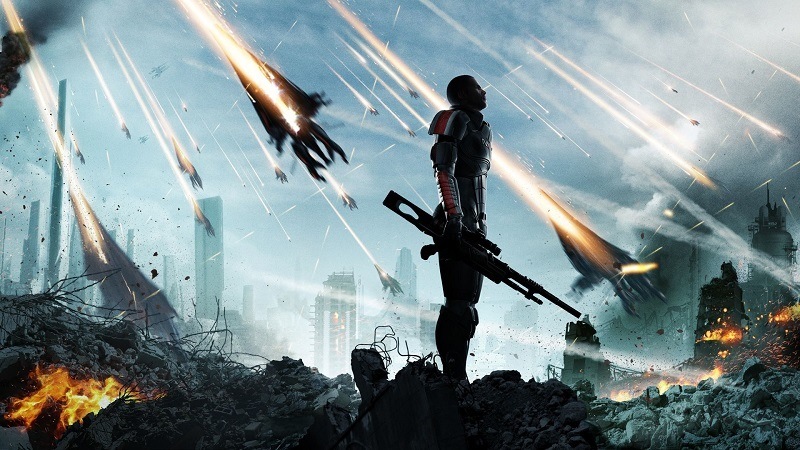 I was so enthralled with this game that playing it a second and third time wasn’t even a question, I needed to see how changing my choices would affect the story. I love games that let you be the master of its narrative. I also grew up on Goosebumps books, so choosing your own adventure is one of my moods. And the thing about Mass Effect 2 is that it dumps you in a world where your choices aren’t easy. Even though the game gives you the paragon/renegade options, nothing in the game is that black and white. Every crucial decision gives you the right amount of anxiety to make you feel connected to the story and heartbroken when your actions lead to results you didn’t expect.

Mass Effect 2 also has the best crew in the whole series. No other game has made me care about characters more, especially when shit gets personal. I dove into loyalty mission as fast as I could because of my fascination with these characters lives before they arrived on my ship. The worst part is that my choices as Commander affected their lives. Some mission even forced me to choose between crewmates, an almost impossible decision. The worst of it was in toward the end of my first playthrough. This is where I first realized the true consequences of my actions throughout the game. The suicide mission truly puts the loyalty of your crew to the test. I lost Thane. It’s something that haunts me to this day because even though I thought we had built a solid relationship throughout the game, he still died on me. 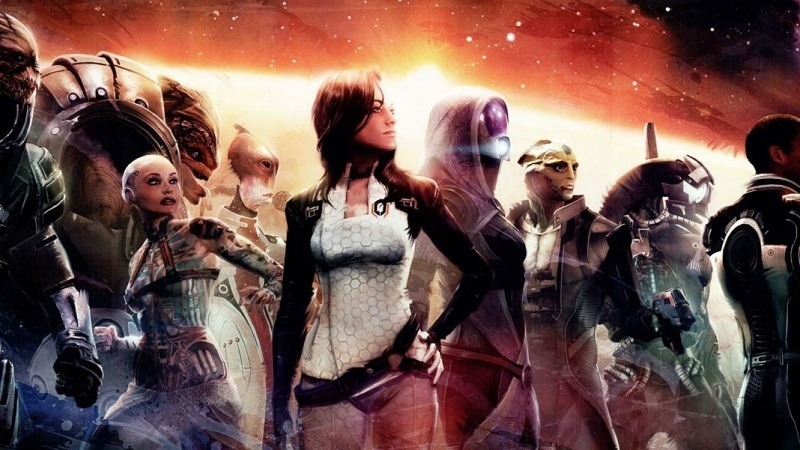 I haven’t even gotten to how Mass Effect 2 has the some of the best action-RPG gameplay of all time, perfectly mixing cover-based shooting with tactical gameplay and class-based progression. There is no better feeling than planning out who to take on missions and giving them orders on the field. Something that was desperately missing from Andromeda, the latest installment in the series. Mass Effect is a series that I hope never dies and 2 is the one the paved the way for greatness.