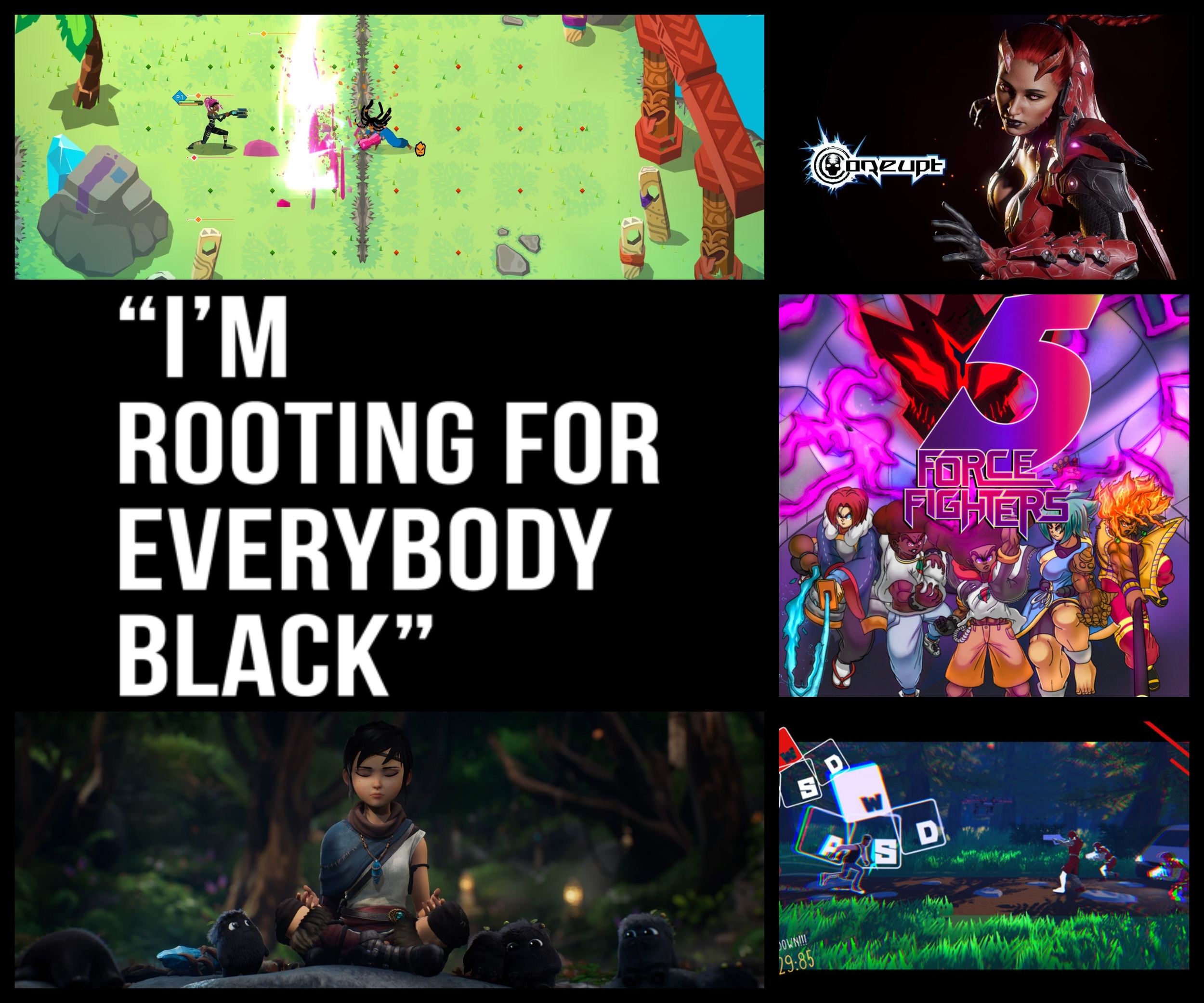 E3 has come and gone with all the big-name games taking the spotlight. Unfortunately, a lot of lesser-known indie games, which arguably need more attention than the big wigs, are being overshadowed. This sucks, because there are a lot of really dope video games coming from some awesome Black devs out there. So, why not do our part and talk about some new and upcoming games from Black developers that you might want to check out in the near future.

Sometimes you wanna just vibe out with a game and what better way to do that than an endless runner? Better yet, one with a killer soundtrack. Aerial_Knight’s Never Yield is one of the few games on this list that’s already out. Recently released and created by indie dev Neil Jones aka Aerial_Knight himself, with help from Head Up Games. This endless runner is a fun side scroller with a story to tell and plenty of obstacles to hop, dash, and dodge. Like most games in this genre, there is a moderate level of challenge that comes with nailing the right moves to keep moving. Once you’re in the groove, that’s when the game really shines. Aerial_Knight’s Never Yield is available right now on Steam, Epic Games Store, and all major consoles.

Coreupt has been on my radar since last year. You gotta love games made by fighting game fans because there is a certain level of detail that only they can get right. The same is true of Jesse Wright and Coreupt, a 3D fighting game taking inspiration from other fast-paced and combo-heavy games like Street Fighter. This indie game is still early in development, but it’s already catching the eye of plenty in the fighting game community. It’s definitely visually impressive, sporting graphics comparable to current-gen 3D games. From what Wright has shown, the character designs are unique, and the gameplay has a certain pop to it. Looking forward to seeing how this game shapes up in the coming future. For now, players can head on over to Wright’s Twitter page where he constantly gives fans development updates.

I know we have plenty of Mega Man Battle Network fans out there and like all things Mega Man, if Capcom won’t keep the spirit of those games alive, others will. Grid Force: Mask of the Goddess is being developed by Playtra Games, a studio founded by Dan Bernardo. This grid-based shoot‘em up looks hectic, fun, and fast-paced with the added element of strategy and focus to its shooting gameplay. What makes this game unique is the promise of a cast made of all female characters, more than 35 of which will be playable. In an interview with Pink News, Dan Bernardo emphasized the decision to make a game with all female characters, stating “All of us had a female, a very strong female person, who taught each one of us messages about perseverance and survival.” In the interview, he also discusses the importance of including LGBT+ stories and adding female writers to the project. Grid Force: Mask of the Goddess is set to arrive sometime later this year, and you can wishlist Grid Force on Steam right now.

This is another fighting game, because we love that shit. Less than a week into its Kickstarter, 5 Force Fighters already made its Kickstarter goal and then some. If you love Marvel vs. Capcom or Dragon Ball FighterZ, you might want to pay attention. 5 Force Fighters is a hand-drawn 2D fighter with a striking comic book art style. It’s one of those hyperactive fighting games where your opponents get launched into the sky and combos last as long as you can make them. As the title suggests, five unique fighters make up the game so far along with a story mode, training mode, and ranked online play, rollback netcode, and more. Kaizen Creed has a heavy Twitter presence, where fans can stay updated on the ongoing development of the game. While 5 Force Fighters is planned to release next year, you can add the game to your Steam wishlist and still contribute to the Kickstarter to help creators Kazien Creed reach their stretch goals.

Perhaps the most high-profile indie game on our list, Kena: Bridge of Spirits has the distinction of being one of the few games coming exclusively to PlayStation systems (PS4/PS5) and the Epic Games Store. This adventure is a story-driven game being made by Ember Lab, a studio formed by brothers Mike and Josh Grier. The two are putting the studio’s animation skills to the test (they are best known for their Majora’s Mask: Terrible Fate fan short) as Kena sports gorgeous 3D animated visuals that could easily be confused for a Pixar film. Previews have been positive as the game looks to throw players into a world of magic, spirits, and combat with an interesting system that involves the companion characters you meet throughout the story. It’s also one of the few games out right now that is taking advantage of the Dualsense haptic feedback controller. While Kena: Bridge of Spirits has been featured pretty heavily on PlayStation’s marketing and showcases, there still feels like it has a few surprises up its sleeve and plenty of wonders when it drops this August.