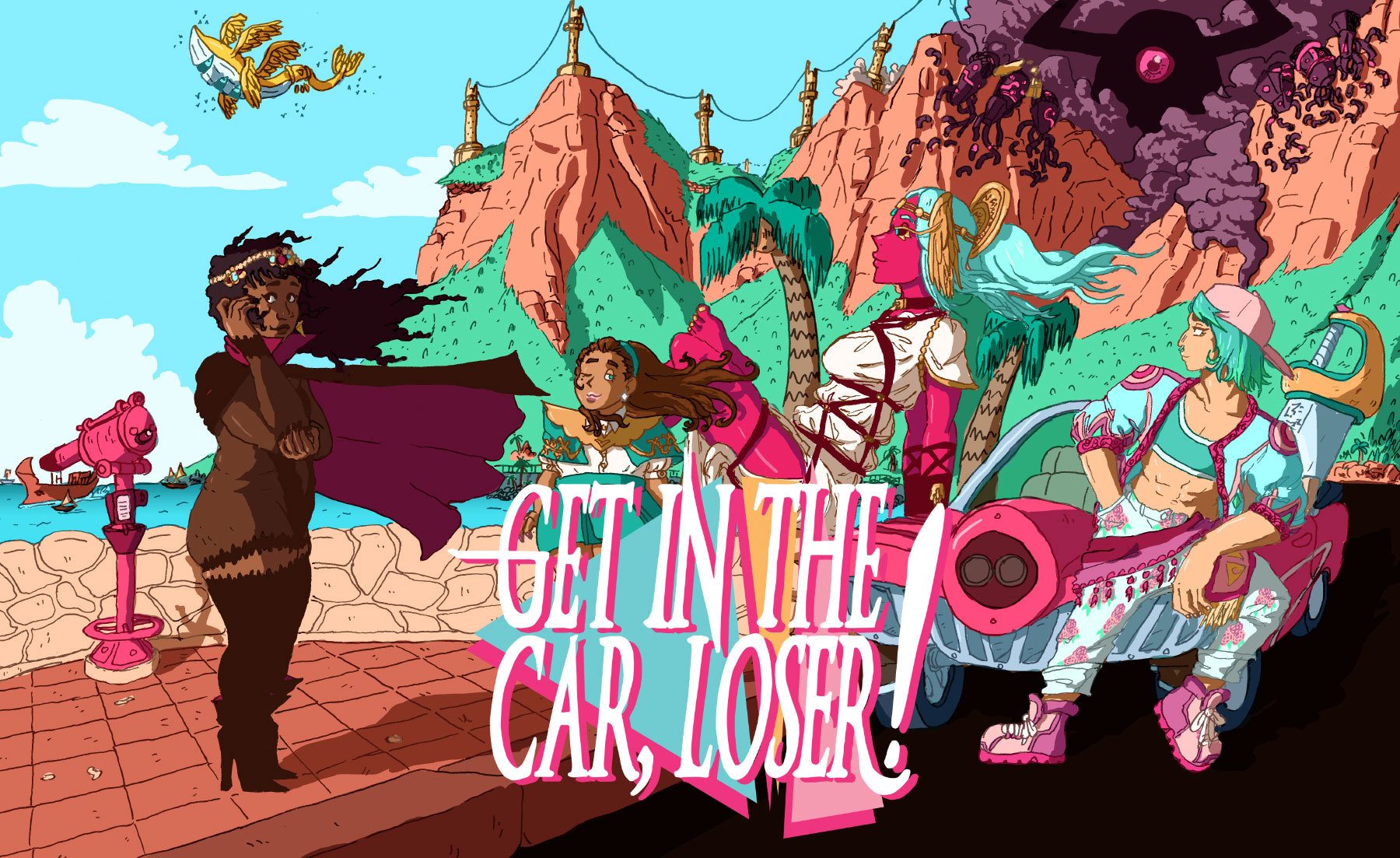 Welcome to Indie Radar, a new feature series where we highlight independent games from smaller developers that we think deserve your attention. Mainstream titles are exciting and flashy but sometimes you’ll find that all it takes is a really creative idea, hard work, and dedication to make a really cool game. This week’s highlight – Get in the Car, Loser!

What makes a good premise for an RPG? How about a lesbian road trip adventure? Get in the Car, Loser! puts players take on the role of Sam Anon, a magic academy student and self-described gay disaster who ends up on a road trip to save the world with a fellow student, a TA, and an angel. All because she can’t say no to a pretty girl. The four decide to embark on the adventure of a lifetime after seeing their academy’s Divine Order do nothing to stop the rise of the Machine Lord. If that doesn’t get you interested, then I don’t know what will. 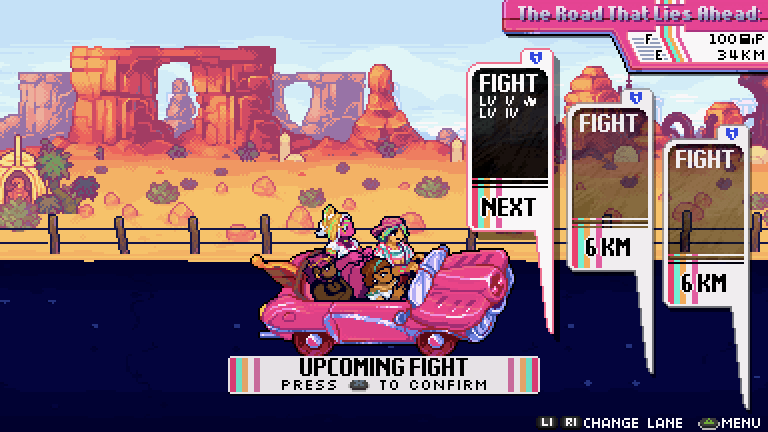 Get in the Car, Loser! is still currently in development, but there is a lot to get excited about. The title is being developed by Christine Love and her studio Love Conquers All Games, who previously worked a trio of popular visual novels (Analogue: A Hate Story, Hate Plus, Ladykiller in a Bind). The game is a departure from their previous work, what with it being inspired by traditional JRPGs. That means active time battles, tactical gameplay and ridiculously large enemies standing across from a party of four. 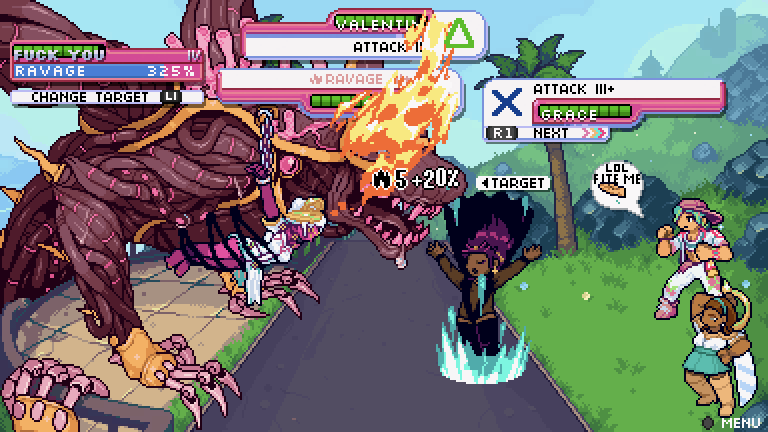 There is a decidedly retro feel to the game like it was pulled straight out of the 16-bit era – a favorite if I do say so myself. The catchy pop soundtrack and battle music also add to this classic feel. While Get in the Car, Loser! does take on many elements from JRPGs of yesterday, it promises modern elements as well. Players can take control of each party member, using their unique abilities to complement one another in battle and defeat enemies. Equipment and items take an interesting role as well considering they offer different abilities to different characters. 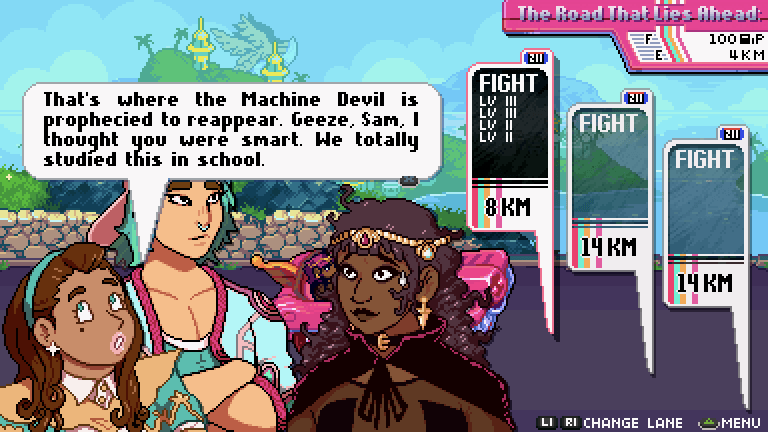 Love and the team at Love Conquers All Games are also adding some of the visual novel elements. Seeing as visual novels are the team’s bread and butter and dialogue/choice-based game are popular elements in most modern RPGs, there’s fun to be had interacting with your three other road trip partners. Curiously, Get in the Car, Loser!’s press kit mentions that players should expect a straightforward adventure, with no side quests, maps, or codex entries because, “Who’s got time for that when the world is in peril?!”

Get in the Car, Loser! is due to release sometime in 2020. It’s a fun premise that seems to want to have a good time. It’s also an ambitious avenue that Love Conquers All Games seems to be exploring. With its bright colors, fast-paced gameplay, and bonkers story, I’m looking forward to getting my hands when it arrives later this year. You can follow Christine Love on Twitter to see how the game’s development is progressing or visit the game’s Steam page to find out more.