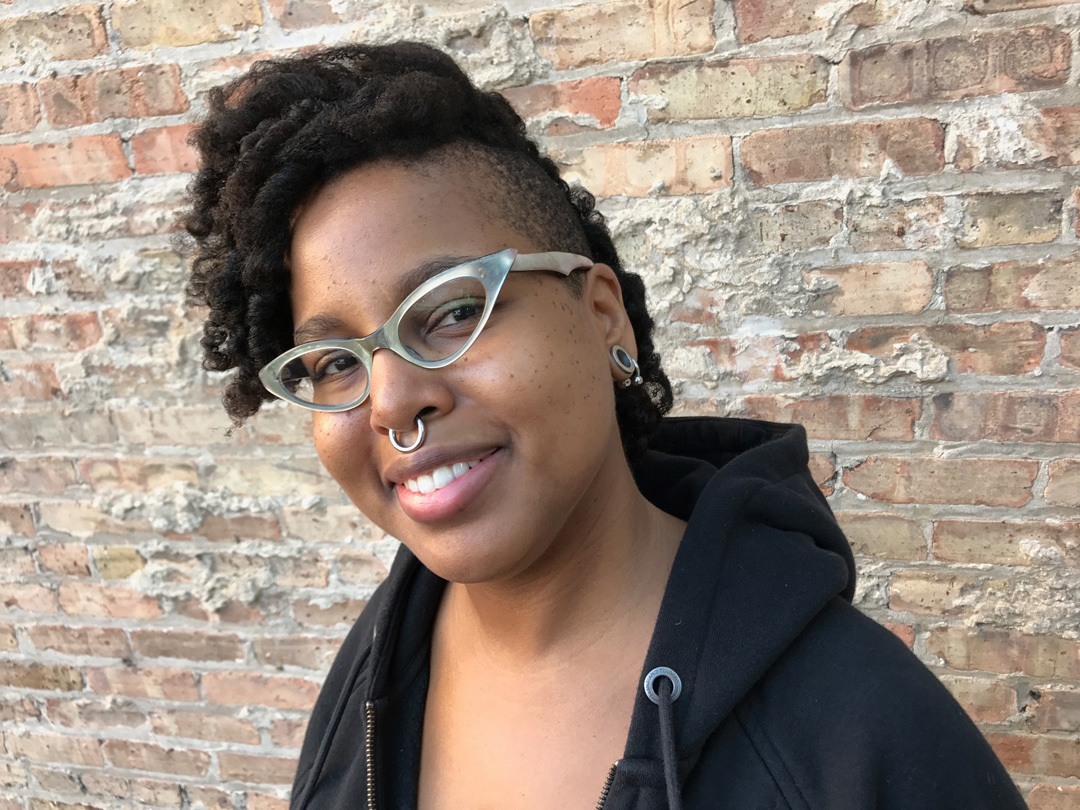 An Interview with Spike Trotman: The Rockstar Behind Iron Circus Comics

Iron Circus Comics’ origin story is one of my favorite tales in all of comics industry. Founded back in 2007 to publish the print edition of company founder C. “Spike” Trotman’s webcomic, “Templar, Arizona”. The company moved forward to publish its first anthology erotica project, Smut Peddler, which we now know spawned not only another volume of Smut Peddler and earned a growing following that would follow them throughout the years.

The original Smut Peddler book first launched on Kickstarter with only a few hundred dollars left in ICC’s bank account, it went on to earn over $80,000 and set the foundation for the impressive work to be done revitalizing the small press world and proving that there is a market for consent-driven, sex-positive smut in comics form that people come back for again and again. Whether you believe that ICC’s success came on a wing, a prayer, or a struck of luck, it’s very obvious it has made its mark on the industry and will continue to do so.

As Black Nerd Problem’s “Indie Comics Queen” and someone who is described by my BNP comrades as someone who “backs Kickstarters for comics as often as the U.S. Government installs dictators in foreign countries”, I was floored when asked if I wanted the opportunity to write this feature on Iron Circus Comics. Floored. Stoked. Excited. All of the above. I’ve been following Iron Circus Comics for a few years and have pledged for Kickstarter campaigns, shared the news when new projects launched and greedily bought what I can from them.

But most of all, I just feel really honored to be given the chance to Interview Spike, founder of ICC, writer, cartoonist, patron of the arts and businesswoman for the ages. ICC’s story is an inspiring one that laughs in the face of those who doubted them yet became the first comics publisher of note to fully incorporate crowdfunding into its business model, netting over $1,000,000 on Kickstarter to date. ICC has also continually introduced new work from emerging talent in the comics field which can’t be said too often outside for publishers that aren’t indie and alternative. Iron Circus Comics is dedicated to publishing strange and amazing comics and in hand, also amplifying unheard and unique voices.

In addition for me as a Black woman who doesn’t have to look very far or very long to see images of people who look like me demonized and caricatured in the media, it is the best thing to see ICC prospering and thriving. It means the world to me to see Spike, a Black woman at the heart of it, yet also somewhat of a figurehead in this movement to carve out a space for other in comics, a place for the misfits, the unique and the previously unknown and lesser-known folks who have stories to tell.

She’s a rockstar in my eyes and she should be one in yours, too. 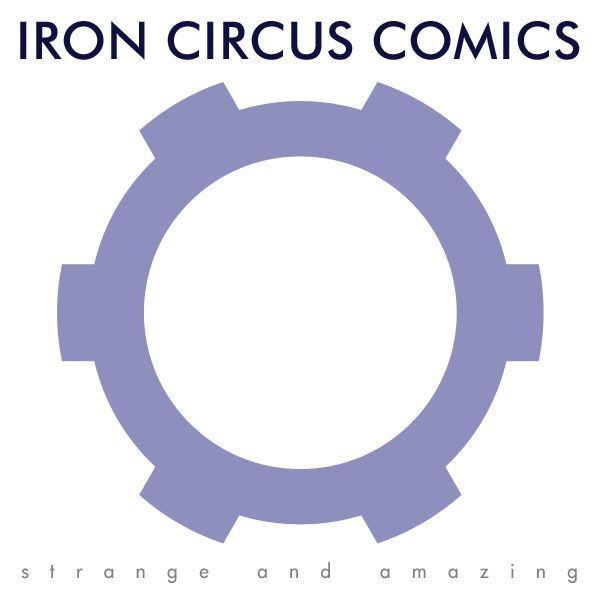 Black Nerd Problems: “Comics is a ten year line. You must be prolific, be friendly, be constantly improving and putting yourself out there…” Pulling this quote by you from a KickStarter Creator Hangout Interview really put into perspective for me how much work someone who works in comics ideally should do to make it work and continue to make it work. When we think on the small press versus mainstream divide in the industry what is the biggest payoff for you, given Iron Circus Comics’ success story?

Spike Trotman: Survival. There is, like… NO money in comics. There are readers, there are creators, there’s a ton of passion and a ton of community support and so much interest and it’s all growing, but it’s important to maintain perspective; comics is a tiny subset of the entertainment industry, and most of us don’t do this exclusively. So easy to burn out, just become completely exhausted by everything, even when things are going well. Iron Circus Comics turned 10 years old in 2017 and that was a major triumph, but one I was literally TOO BUSY to even acknowledge beyond a couple of tweets. I know, I know, good problems to have. But wow, this job takes a lot out of you. I don’t get weekends. I don’t get vacations. It demands EVERYTHING. Honestly, it’s only just starting to feel like it’s even going to pay off. TEN YEARS LATER.

Oh, it’s easy!
-Develop an intense interest in a medium widely considered doomed
-Be implicitly & explicitly rejected/glass-doored from the mainstream of that medium
-Build own platform utilizing tools dismissed as improper & unprofessional
-$$PROFIT$$
-NEVER LET THEM FORGET IT. https://t.co/CPJEANOQIT

BNP: “Own your cool” was something else you said in that same interview that really resonated with me. You’ve been an early adopter of the Kickstarter model for getting comics funded and out to the people. Whereas now more and more folks are bringing a variety of different comics and different projects because KS has proved there’s totally a market for something else, for all these wonderful unique comics that otherwise very well might not get a shot with bigger publishers. Why in 2018, would you argue that it is still important for creatives to bring what brings them joy to the table and be proud of it?

Spike: It’s incredibly important to push back against the business-as-usual, self-perpetuating “common knowledge” of what supposedly sells and what doesn’t. For DECADES, comics told itself that kids don’t buy comics, women don’t buy comics, queer folks don’t buy comics, people of color don’t buy comics. So, they didn’t consider people like that potential audiences. They settled into a cycle of serving a single demographic, and alienating everyone else. Too many editors asked themselves, “But would a 35-year-old, white, cishet, male superhero fan buy this?” As if those readers were their only option. Narrowing their focus had shrunk the industry to a shadow of its former self, but they would still argue that was the only way to survive.

Creators bringing their authentic selves to the tables is vital, not just because it’s fulfilling and it’s what comic readers want, but because it plays a vital role as a proof-of-concept. Remember what I said about how there’s basically no money in comics? That means a lot of smaller publishers are extremely cautious, arguably overcautious, about what they’re putting out. They can’t afford a lot of duds. They want to be safe. And they’ve been convinced for way too long that the kind of stuff the small press is making right now isn’t safe, doesn’t sell. A $100,000 Kickstarter that tosses their preconceptions about what can be a hit out the window can do a LOT to change that. Because frankly, the indie small press shouldn’t BE the only option for marginalized voices. They deserve the access to markets other creators take for granted.

BNP: Have webcomics, in a way, saved your life? A part of this journey started with your art, your comics finding an audience online and the incredible story that has led your efforts with passing the million-dollar mark on Kickstarter with projects for ICC. What significance do you place on webcomics paving the road to how you got here? And what’s next for you as an artist? What’s the next thing with your name on it?

Spike: (laughs) Maybe not my life, but DEFINITELY my career. I’m incredibly fond of saying that, if I took the traditional, approved path to “make it” in comics, tried to get a Marvel Method job on an assembly line by meeting with editors and submitting portfolios, I would’ve washed out 10 years ago. No one wanted what I was making. Wrong style, wrong subject matter. I’d argue wrong creator, too. (Nilah Magruder is the first Black woman to write for Marvel, and that was, what, two years ago? Three??? That’s fucking ridiculous. That’s not a weird coincidence or an accident. That’s a glass door three inches thick.) The freedom of webcomics was what helped me find my audience without interference from an editor that would assume my work was “unrelatable.” You know, that popular euphemism. Although I think the distinction between print comics and webcomics is pretty pointless these days; most comics aspire to exist in both spheres, and they’re delivery vectors, not genres.

As for what I’ve got coming up next, I’m going to be cliché and say, “I can’t really talk about it.” Yeah, I’ve entered THAT phase of my career. Sorry, everyone. Welcome to Sell-Out Central.

And with Crossplay in the bag, that’s:

… but hey, who’s counting. ♥ Thanks, everybody!!! pic.twitter.com/4wUwl6flCE

BNP: The collaborations with and original work by all the various creatives whom ICC has put out there is always a treat to hear about when the news breaks. For example, Noora Heikkilä’s “A Winged Man Flew Into The Shed” entry in the MMB anthology was one of my favorites and then the KS for Letters for Lucardo launched and I was over the moon. Perhaps it was a few months ago you personally tweeted out the cover to FTL: Y’ALL which Paul Davey, an artist I’ve been following for a few years illustrated and I was hyped. There’s just always something to be excited about, always something great to anticipate from Iron Circus Comics. When we talk about emerging talent, why is it important for you not just as fan, an artist yourself but also as a businesswoman to have an environment where “everybody eats”, so to speak?

Spike: One of the absolute BEST parts of being a publisher is being able to expose more people to artists that I feel need more attention! Paul THRILLS me, I’m absolutely in love with the work he’s done for “FTL, Y’all.” Anaïs Maamar’s “Smut Peddler Presents: SEX MACHINE” cover is just as good. I consider it the perfect outcome when I hear back from artists I’ve worked with who tell me that putting comics or illustrations in Iron Circus books got them more work.

BNP: 2018 is a new year and with a new year surely comes with new goals and new expectations. ICC looks to have some great releases. (Another Smut Peddler volume? #ReasonsToLive) What light can you shed on the new titles coming to us? Also–what are you most excited for this year with Iron Circus Comics in mind?

Like, it’s genuinely difficult to keep up! I’ll probably be putting out at least 10 or 11 books this year. We’ve really ramped up production, but without compromising what I want Iron Circus books to mean. I’m still incredibly selective, ha, basically picky. But I’m also a lot more aggressive than I used to about pursuing titles I love and wanna be involved with. I feel incredibly privileged sometimes, but let’s be real, I worked hard for this. And I’m not going to waste it.