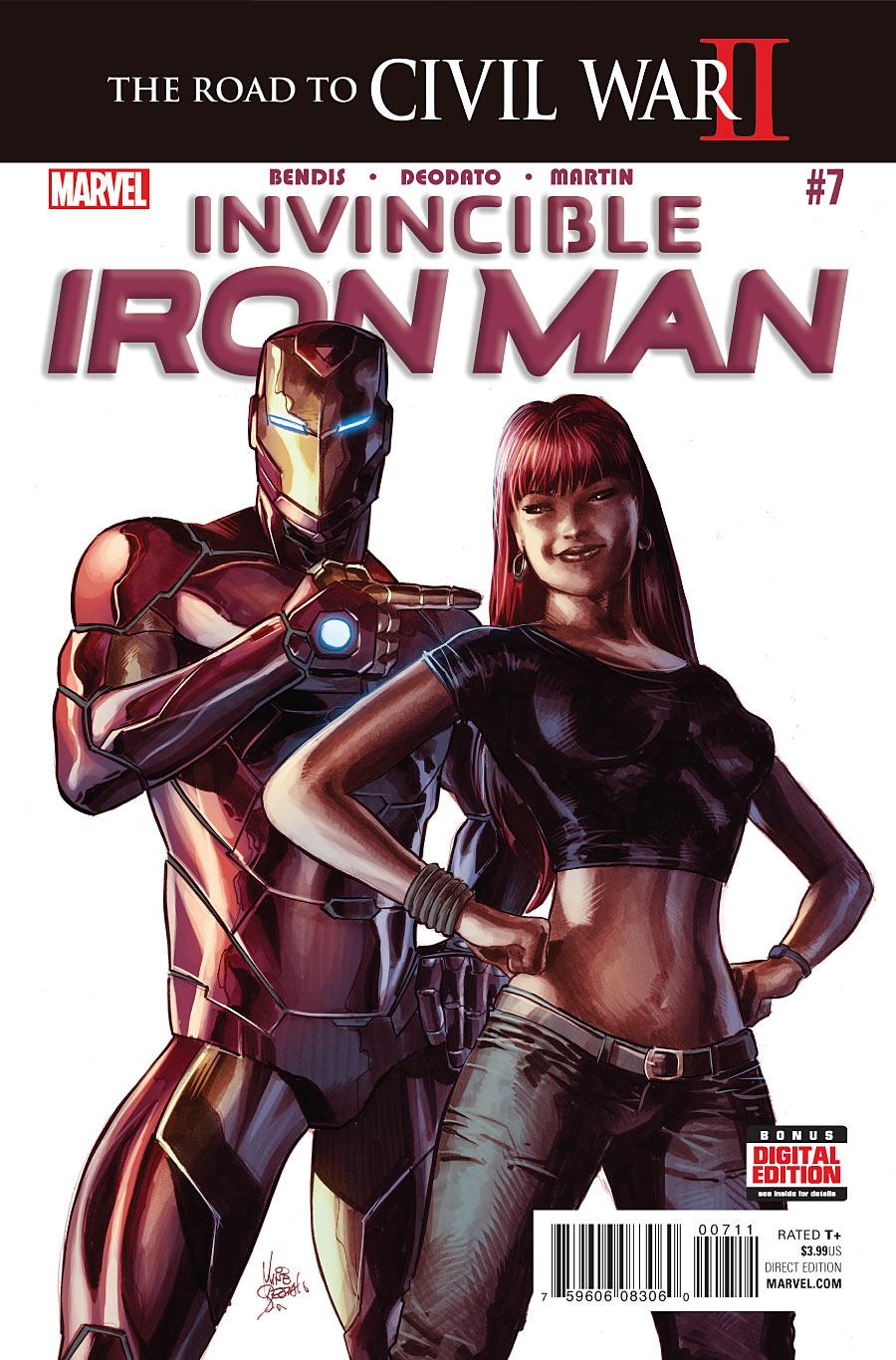 It’s easy to see how Brian Michael Bendis managed to make such an interesting character study out of Invincible Iron Man. Given how much we tend to gravitate towards abrasive, flawed heroes (Sherlock, Luther, Breaking Bad) that tend to represent our Id more than our noble selves, Tony Stark is basically one of the archetypes for such characters. If this book really were a sitcom (which I’ve mentioned it reads like), it would fit right in among the likes of Sons of Anarchy and Vinyl. 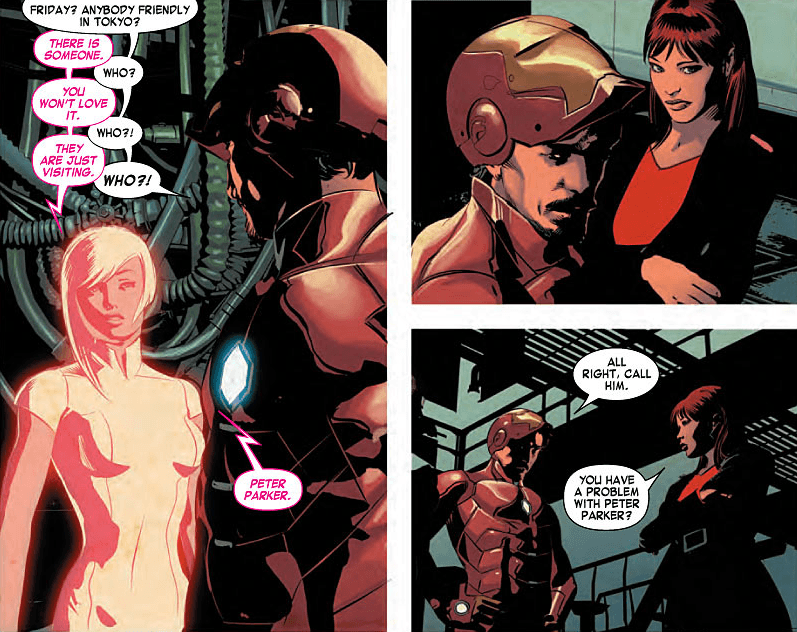 This week, Tony Stark introduces Mary Jane Watson to some of the ins and outs of her new job as his new Pepper Potts (I mean, let’s face it). For me, this is definitely the most compelling plotline because, first off, Bendis sort dips in and out of the superhero community to creates genuinely awkward, funny moments that you weren’t quite expecting. It’s a little weird that Bendis isn’t running with the dynamic between MJ/Mary Jane/Spider-Man (who feels slightly squandered in this issue) he established in New Avengers years ago, but we also have to remember that this is supposed to be “All New All Different,” so it’s entirely likely that he’s been mandated to start fresh with these characters. It’s a dialogue-heavy approach to introducing MJ to Tony’s world, but it’s well worth it to see how they address issue of where Pepper’s off to and what kind of role MJ is expected to play in his life with her gone (because, obviously, Tony has issues with being alone). The War Machine half of the story doesn’t get as much play as I would have liked, but what we’re given feels something like Bendis being inspired by the Don Cheadle version of Rhodey we’ve seen in the movies. Nothing wrong with that as far as I’m concerned. Art-wise, Mike Deodato is as strong as ever but he hasn’t quite gotten the same opportunities to show off his skills with the action beats the way David Marquez did in just every issue of his run.

Bottom Line: It’s an exposition heavy, slightly uneven issue of a book that’s still one of the strongest in Marvel’s arsenal.