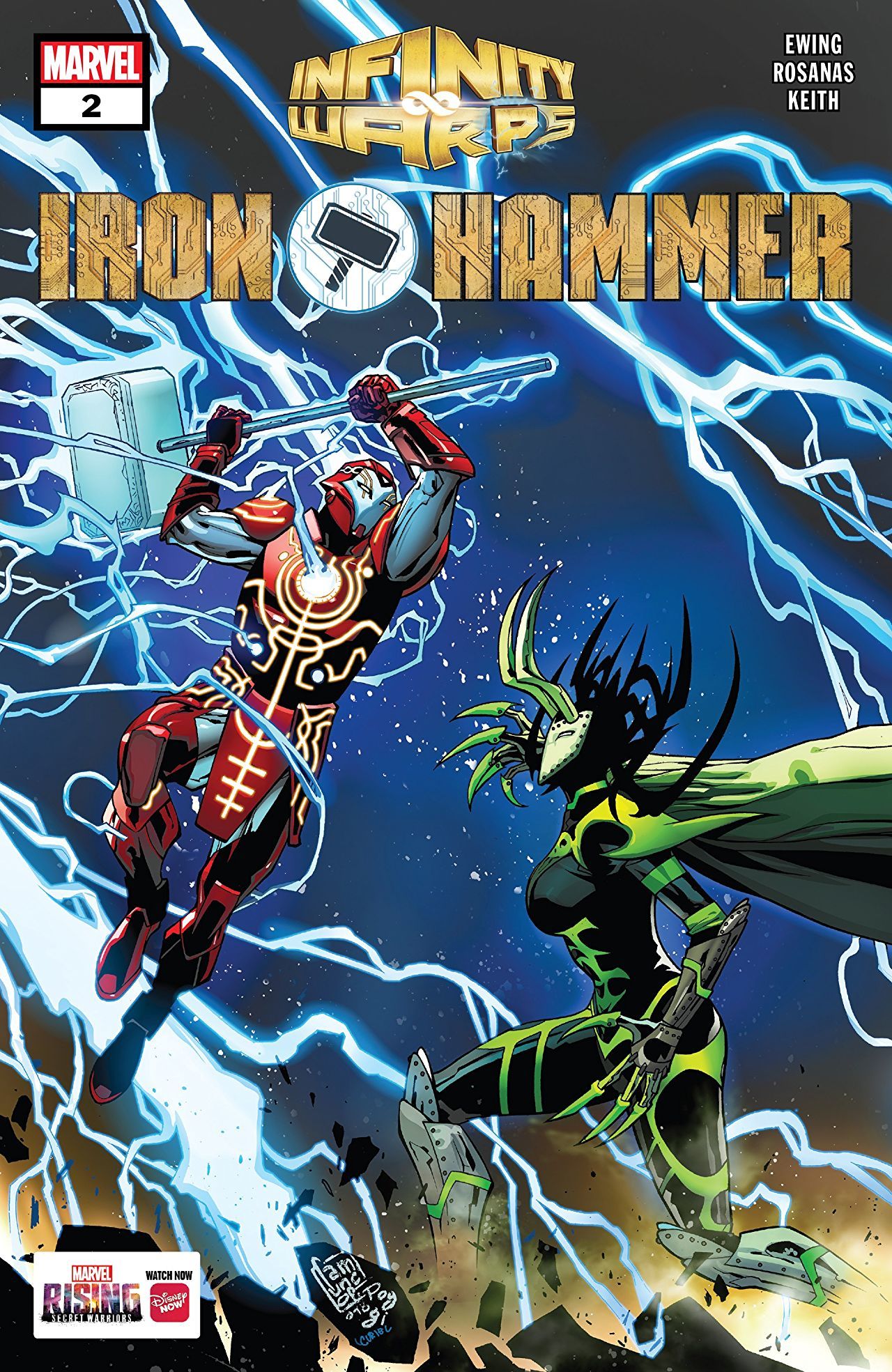 Infinity Wars: Iron Hammer #2 takes us on a magical ride that ends with the most unexpected twist. Al Ewing and Ramon Rosanas build on the technological upgrades and Iron Hammer that was bestowed upon Sigurd Stark in issue #1, and it provides a glimpse of his potential future. But before getting into all that, our artists backtrack a bit and walk us through the event that led to the Jon Snow and Daenerys Targaryen on bended knee in the panel we see on the first page.

I don’t know if this Thor x Iron Man character will ever resurface after this Infinity War event, but I do know that I’m highly impressed with Ewing’s ability to get me invested in these WrestleMania 2000 create-a-characters. I loved the origin of Iron Hammer but didn’t really see them following up the setup as well as they did, but here we are. Here we are. We’re taken back to the moments leading up to Stark’s 5 years of amnesia on Earth. It’s a proper way to tweak Thor’s story of arrogance and entitlement and build off the established greatness of Asgardian lore. 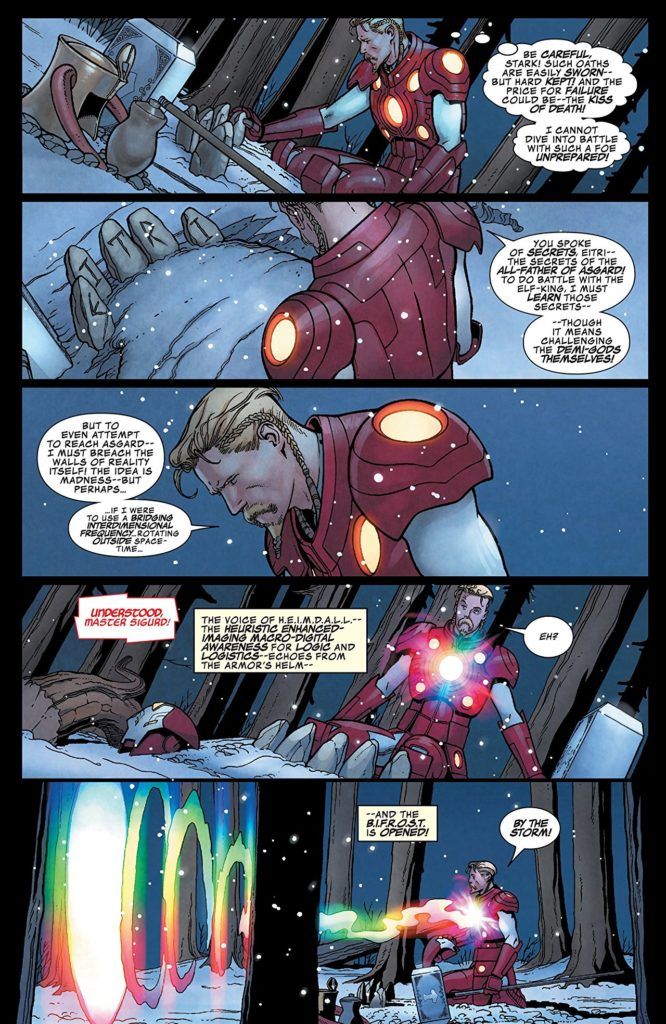 After witnessing the events that led to his earthly tether, we jump back to the present and see Sigurd Stark learn to take control of the suit that was gifted to him by his realest friend on Earth, the recently fallen Eitri. Just a few words muttered under his breath and he opens the bridge to Asgard then walks into the most unlikely of homecomings. This portion of the book is grade A gorgeous. Rosanas did his damn thing when he had a chance to make the panels pop.

From there on out, readers are treated with phenomenal updates to many aspects of Thor and Tony’s former lives. This includes Pepper the Wise and Rhody the Bold who, along with another make up The Warrior Machines Three. Like what?! How insane is this blend of Asgard and Stark tech?? Just phenomenal. Then, we have villainous accessories that might just make Thanos jealous even while holding the infinity gauntlet. With a decent amount of action, good character development, and impressive storytelling, Iron Hammer was the treat I didn’t know I needed right now.