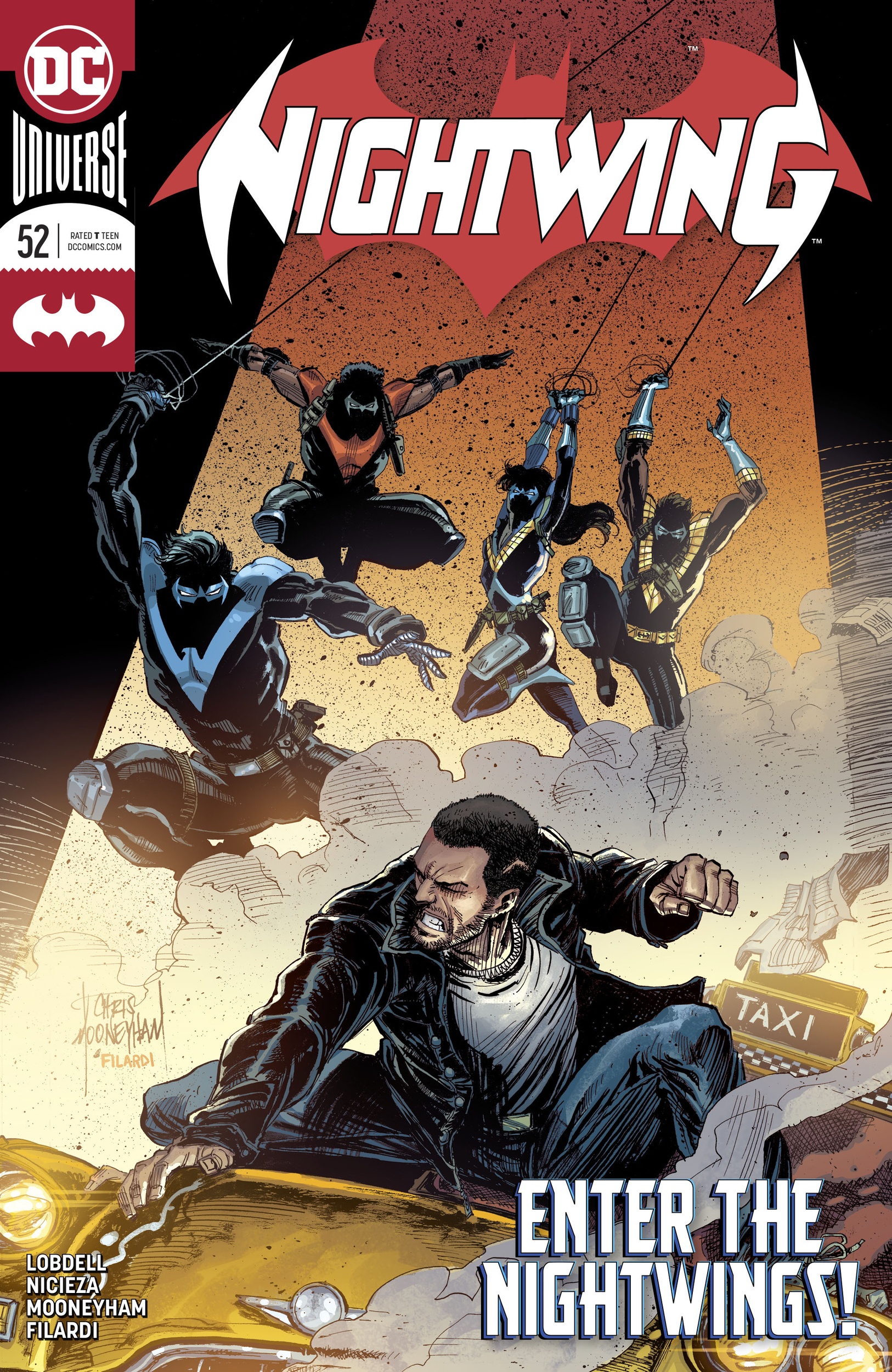 The third issue of Knight Terrors a.k.a. the Neo-Noir Ballad of Ric “I’m Not Dick” Grayson is appropriately titled “Heroics Tendencies.” As with many titles, it has a dual meaning with drastically different contexts that ultimately clash and produce conflict.

Lobdell and Nicieza managed to get all of their exposition of Ric Grayson’s predicament out of the way in the last issue, and this issue explores a new dynamic: Ric Grayson remembering and retaining all of his former skills as a street level vigilante. At the tail end of Nightwing #51, a Blüdhaven robber made the mistake of trying to get the jump on Ric Grayson only to be introduced to a former superhero’s muscle memory and a neck brace. As Ric watches the robber rushed to the hospital from the rafters, he recaps the last issue before moving on to the other significant plots.

However, the bulk of the issue focuses on a very different implication of heroics. After a brief hint at Scarecrow as the villain in the background with allusions to fear toxin, there is a shift in the narrative that introduces another antagonistic force for Grayson with the introduction of the Nightwings, using costumes and tech from the destroyed bunker. It’s the most interesting aspect of the issue, although it’s only really a slightly longer tease than before. 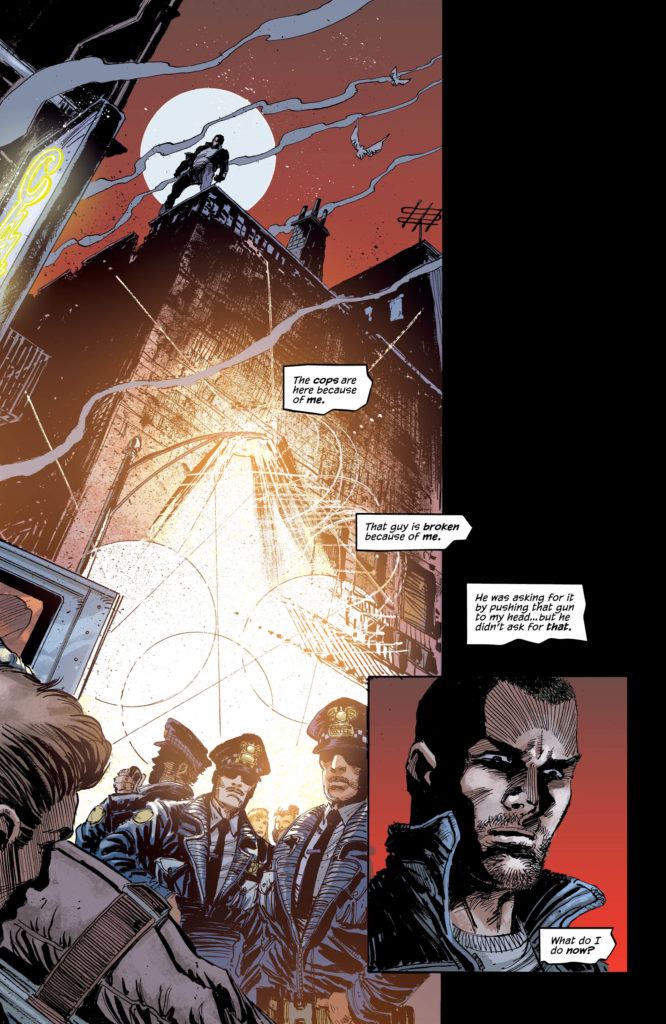 Mooneyham’s artwork remains on point. While there is significantly less spandex on the spreads, Blüdhaven retains its classic film noir look, and the action that does occur is rendered wonderfully. However, the crisp visuals aside, the main plot continues to stutter along. A third of the issue is specifically dedicated to recapping while adding a small layer of philosophical thought, and the other two thirds continue to progress along slowly, drip feeding the interesting tidbits here and there.

I miss Dick Grayson. I miss Nightwing. I miss the quips and the joy of the acrobatic hero. The thought experiment continues to drag and while there are parts that intrigue, the fascination with Ric’s repetitive lifestyle is, unsurprisingly, repetitive.