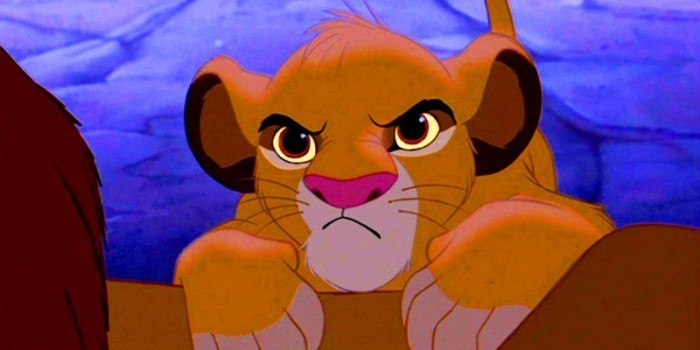 Say what you will about Disney movies (and there’s plenty), but you can’t be out here in these streets acting like Disney ain’t got hits. They’ve been servicing the young, the old, the old with youngins and everyone in between for over 75 years fam. But the banger? The one that make you call up the fine GNO/Gal/Guy/Lion on a Friday night and ask if you trying to Disney and Chill is The Lion King. Ain’t even close folks. Not even. Lion King is exactly that, King of the gotdamn Pride Rock and to this day, it still tops my chart.

But even as we come to give praise to one of the best that ever done it, we have to set some baselines first. One: Rafiki was reincarnated as a brotha in Atlanta named Darius. Two: Can you feel the love tonight is one verse and a couple of lyrical choices away from being borderline risque for a G rated film. And Three: Simba, the beloved protagonist of the film, is straight up landfill. Trash. Rubbage. GOP 2016. Whatever you want to call it man. Every time I see a clip of Simba whipping his premature mane back and forth, I want to yell at the TV, “but YOU AIN’T THAT NICE, B [vigorous hand clap] YOU AIN’T THAT NICE.”

I know, Simba is an American Icon. Like a Kardashian. Or the Confederate Flag. But I ain’t convinced man. Simba made some calls that just don’t sit right on my spirit. I recently watched The Lion King with my daughter, thinking that I was about to enjoy one of the best movies of all time while watching my daughter enjoy the majesty of this film for the first time. Man, listen. As soon as Rafiki lifted your dude up to the heavens and the whole hood bowed, it all came rushing back to me, like wait…they bowing down for who now? Elephants lowering their tusks for the softest cub in the Pride Lands?

But lets be fair, I guess, it’s pretty hard to follow Mufasa. It’s basically like when Bad Boy tried to replace Biggie with Shyne and then Puff did some shady shit and Shyne caught ten years in prison for it. I mean, he did have one hit at least. Simba’s “I just Can’t Wait To be King” should’ve been, “I just can’t wait to book this passport out the Pride Lands when Scar aka Marlo moves in on my corners.” But we should’ve known man. We should’ve known when this dude hopped his ass on the back of an ostrich, smiling like Drake in a gentlemen’s club while singing in C Major. You can’t be king like that fam. King Robert Baratheon would never been caught doing some dumb shit like that, yo.

And Mufasa one of the realest to ever do it, I get that. Mufasa was like every Black parent that had gained the respect of his neighborhood and workplace but still couldn’t keep his son out of doing some dumb shit. Man, that scene when they walking back from the elephant graveyard with Mufasa way in front and Simba and Nala way in back, reminded your boy of many a ride home when I was sitting in the back of the Dodge silent af watching steaming rising off my pops head. But even Mufasa was gentle when he proved the point and wrestled away that anger with his cub. Then Mufasa was like, “Simba, I want you to look into the sky. Those are all the former kings. Whenever you feeling cocky, just remember these cats was the real deal and therefore, exposing how garbage you really are.”

For real man, Simba was the son of the king. This dude ain’t have no chores, stayed getting into shit, and never taking responsibilities for his actions. Basically Simba is the lion version of privilege and affluenza. I know Scar set that shit up to murk Mufasa, but Simba was the catalyst, man. Scar was like the dude in Carlito’s Way offering Guajiro a Coke in the cooler like, “Nah man, its just in the bottom, you just have to reach down for it.” Sheeeeyet. Simba straight up fell for the Wu, the 36 Chambers, and the Gambinos.

Y’all gonna have to give me a moment, I don’t think I’ve ever written about the death of Mufasa. I know it messes with the whole story, but Mufasa ain’t have to go out like that man. You can’t be killin’ heroes and grand patriarchs like that on screen, fam. Nah, Optimus Prime did that, so hopefully, you won’t have to go through that. The hood might never forgive Disney for putting Mufasa out on the street, dead as all hell in the valley like that. Also, when’s the last time Disney just made you watch a dead body for like 5 minutes. I’m like, gotdamn, get my man Mufasa a white sheet or some shit.

Yes, still salty about Simba bouncing like that. I get that dude fled the hyenas because they were about to have a lion two piece and a biscuit. But when Simba came to see his pop’s not breathing, he gotta own that shit. Dude fled the Pride Lands like he had warrants. Involuntarily manslaughter to be clear. You know how Malia Obama is taking a gap year? Simba basically took a gap adolescence and left the hood in tatters. Simba wasn’t concerned what was going down with Nala? With his mom? He left ma dukes behind like Princess Leia chained up in the Cantina with Scar the Hutt. She had to be thinking about her son leaving her behind like, “But fuck me though, right?”

Scar basically brought crack to the hood in his absence, but Simba out here singing no worries with two stoners backpacking across Europe. He hit grown up Nala with “Hakuna Matata” and Nala hit him with, “If you don’t get that punk ass free love bullshit the fuck up out my face, lion. Lion’s in the hood dying and you out here quoting a gotdamn meerkat? The fuck happened to you?” Dude needed guidance from his dead father just to get off his ass, fam. Mufasa was like, “remember who you are.” And I’m like, yeah, Simba bout to remember he a punk ass that dipped out on his fam over some survivor’s guilt shit. 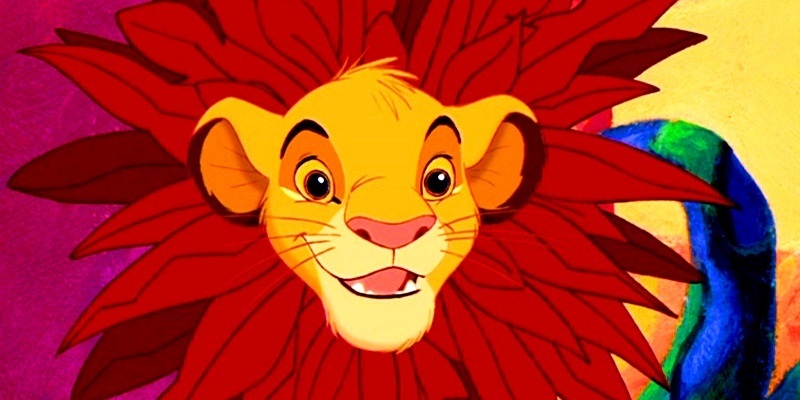 I’m sure y’all want to give credit for Simba coming back and claiming the kingdom, but he could’ve overpowered Scar’s weakass a long time ago, plus the Pride Lands was looking like Walter White’s old home after folks found out he was Heisenberg since he been gone. I’m not saying Simba can’t live man, he just shouldn’t be out here enjoying all this birthright and privilege at the expense of the realest Lion in these streets getting 86’d in the middle of the plains like that. Just remember that the next time Circle of Life start knockin’ on your TV, you ain’t got to take that knee for Simba’s coronation man. He ain’t earned it fam.