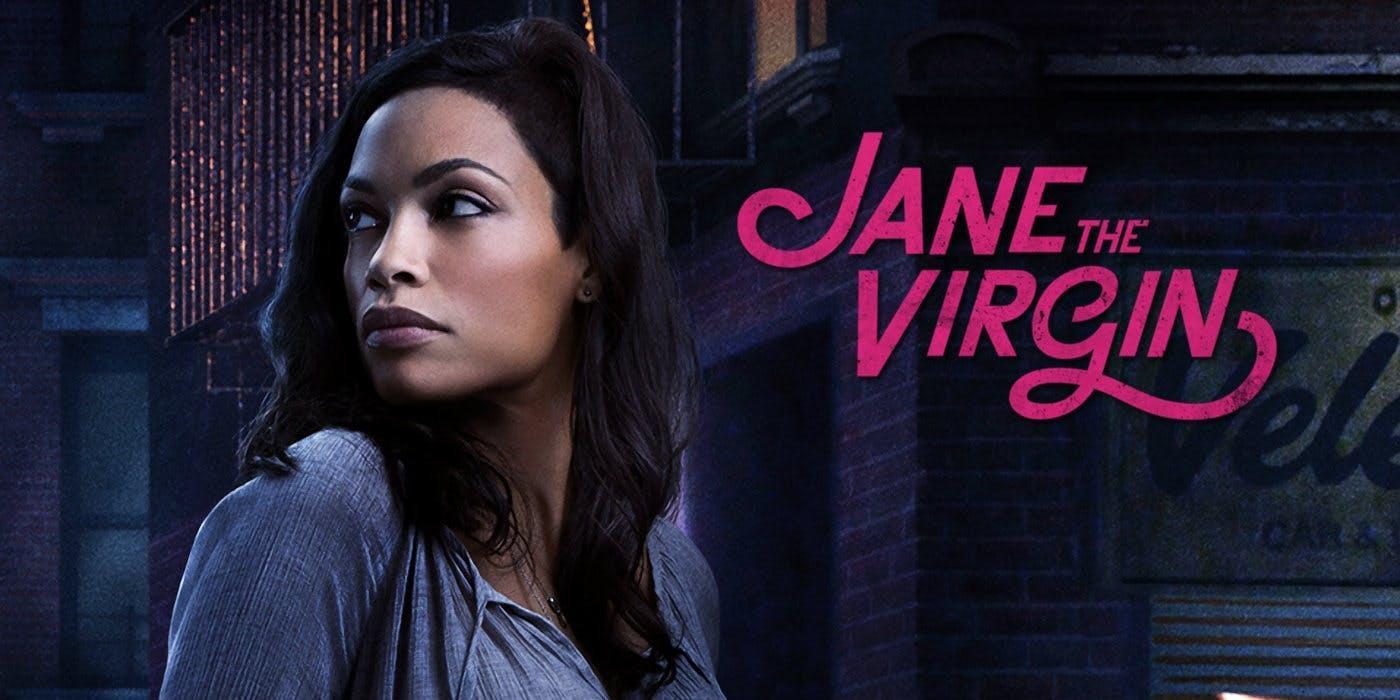 Exciting things are happening this season on Jane the Virgin, the twists and turns, the novelaness. No recapping the recap, we got a lot to cover.

Xo and Rogelio and Baby

So after the debacle with Eva Longoria, Rogelio knows he has got to get River Fields on board, but she will NOT see him. At the same time, Rogelio knows he can be a bit self-interested so he is trying to be more attentive to Xiomara. Ro asks her about her day and Xo is very distracted, smiling like she knows a secret and rushing out because “she has to take this call,” so suspicious.

Later on, Rogelio confides in Jane about how secretive Xo has been, Jane suggests doing something special for her, keeping it small and meaningful. Pretty sure Rogelio doesn’t understand the concept. He fills his car full of yellow roses and goes to surprise Ro at the dance studio where she has been working extra hours. When he arrives they say Xo is not there, hasn’t been there all week.

Rogelio is shocked, uses the app “Find My Pals,” tracks her down and finds her at some guys house, hugging him in the window. Rogelio bangs on the door and takes the guy into a headlock – He’s saying stuff like, “I know about the affair!” Xo is like “What! He’s my dance partner.” And then the guy’s boyfriend comes out upset about his boyfriend being attacked by some random man! Oh Jeez.

Xo comes clean and says she felt embarrassed that she was doing the competition and tried to keep it on the low. Rogelio just wants to be supportive and swears he will do anything to make her feel proud. He then is… sitting in on rehearsals, being an active cheerleader, watching their every move, making t-shirts, recording the sessions, offering lemon wedges- it’s just all too much and Xo snaps and tells him off. Says she is exhausted by his presence. Makes a lot of sense, sad it took all this time to tell him.
He leaves all introspective walking by the water…now Rogelio has alter ego daydreams- WHAT! 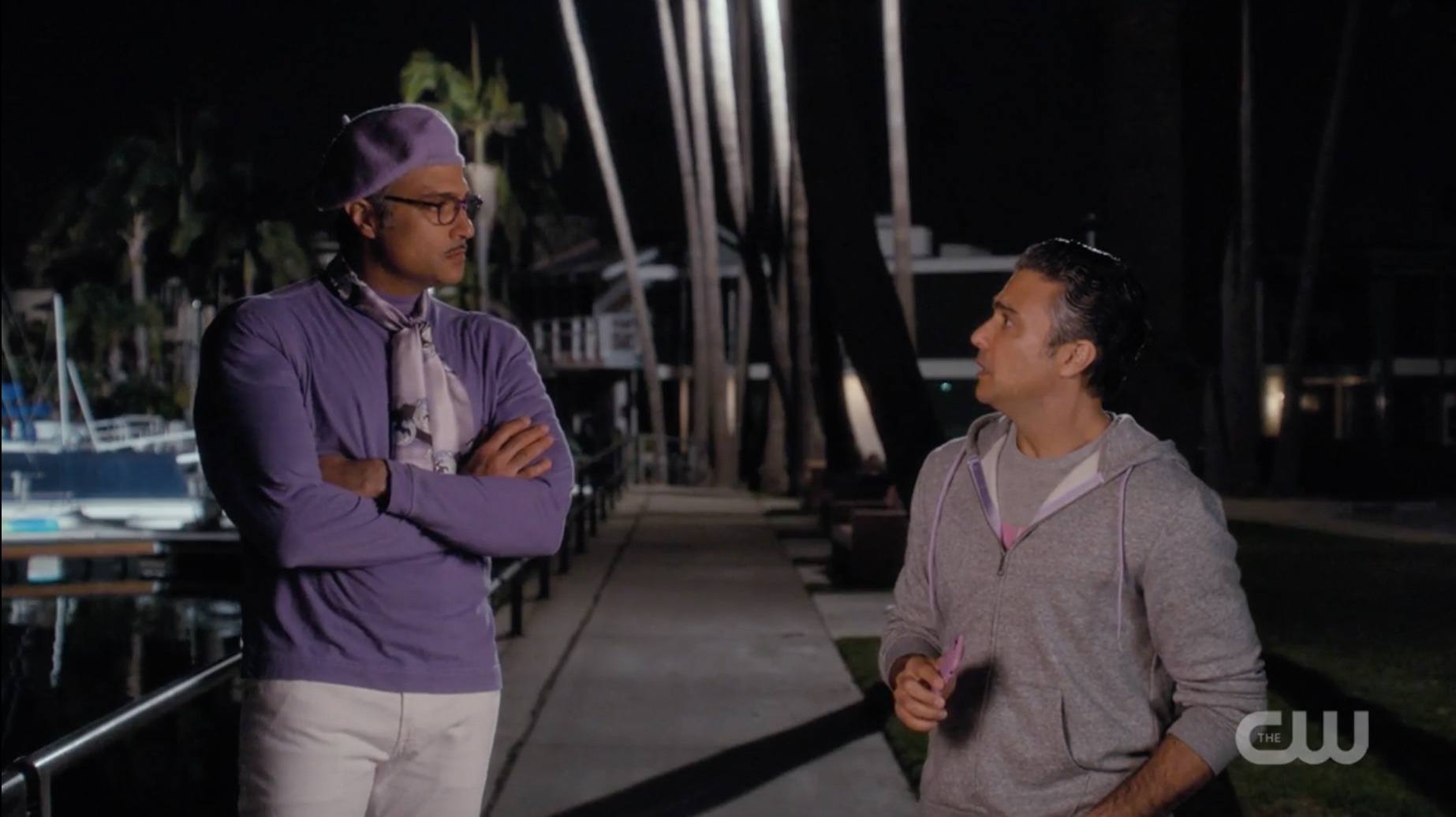 His inner critic reams him about his intensity and inability to think about others. Rogelio comes back to apologize to Xiomara. They are just adjusting to each other and the newlywed phase, but their commitment to each other is real.

Xo enters the competition and everything looks like it is going well – then her partner drops her to the floor on a difficult move! It looks hard too. They rush her to the hospital where she has a broken rib and the doctors have much more concerning news, they found a lump in Xo’s breast… 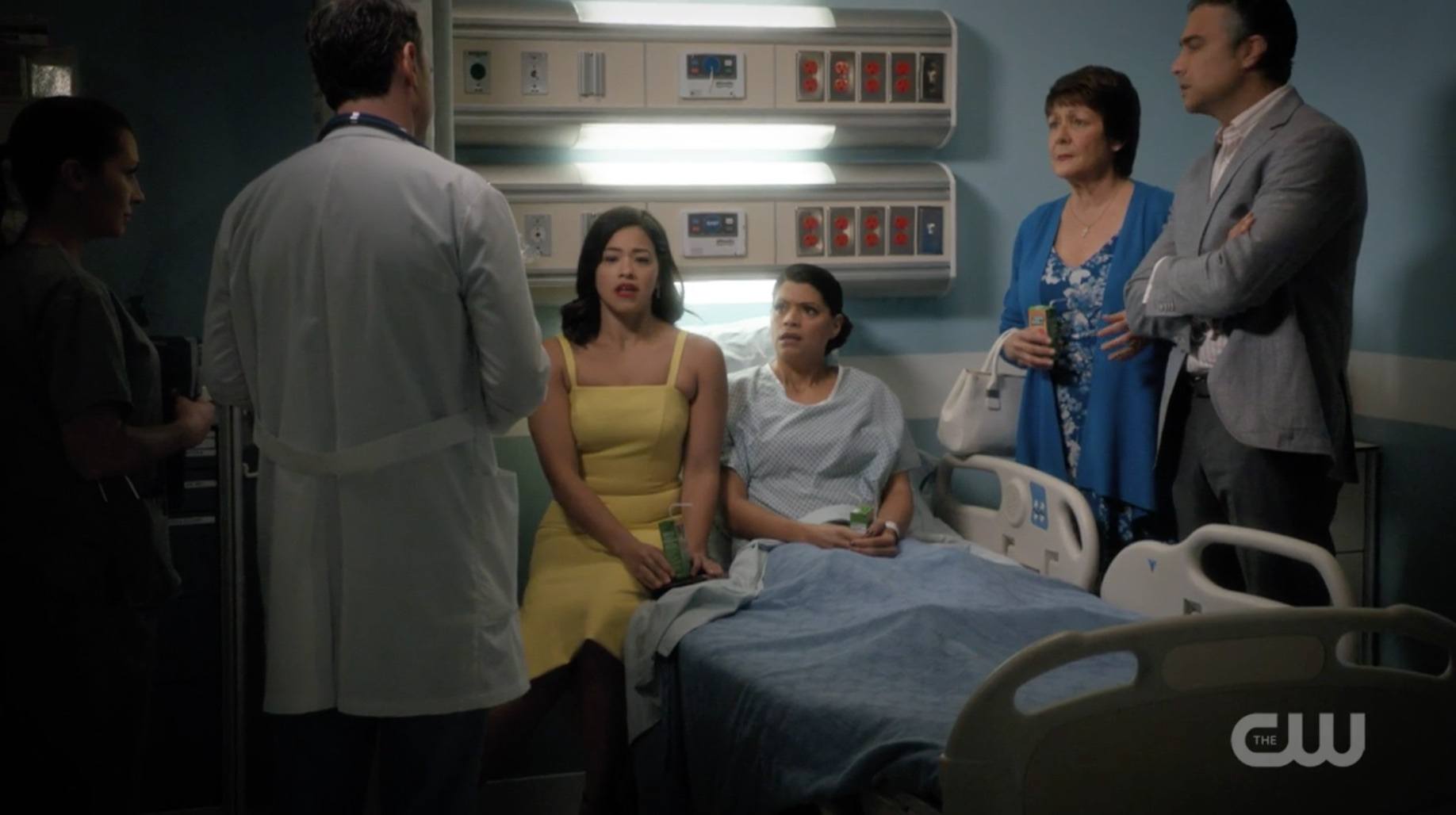 Alba
As we thought, the family totally knew about Rafael and Jane. Alba the wisest of them all, guessed the day they would fess up and definitely gloats in her victory. Getting Ro and Xo to pay up! Another winning episode for Alba.

Petra + Lawyer Jane
Petra has a sit down meeting with Jane and Rafael, and they announce they are dating. Petra’s sarcasm is on point when she hears about the dating – what a waste of time for her. I have to honor her growth, in the past this may have had a big affect on her and the relationship she has with the both of them. She threw that off her back like a pesky mosquito. She literally said, “If you don’t mind, I’m going to go into a meeting with my defense lawyer about my murder case.” That’s fair, totally fair. I like Petra more and more these days.

She meets with Lawyer Jane and is impatient about not hearing back from the blackmailer ad blames Lawyer Jane. She reassures Petra that, “You go down, I go down” hehehehe…
Petra gives Lawyer Jane a long ass list of people who want her in jail. This list is crazy, but you know who else it could be, maybe it’s Chuck from the hotel next door. I’m just gonna keep guessing, but this novela always has sharp twists so – who knows who it is!

We then see Lawyer Jane in her car with a new burner phone. Hhmmmm – a message tells her to meet them somewhere – alone. She heads straight there without telling Petra, we’ll just never know if we can trust her. At the rendezvous point, Petra is there – “catches” Lawyer Jane “meeting” blackmailer without her, then Lawyer Jane kisses Petra!!! I was like, is this another dream? 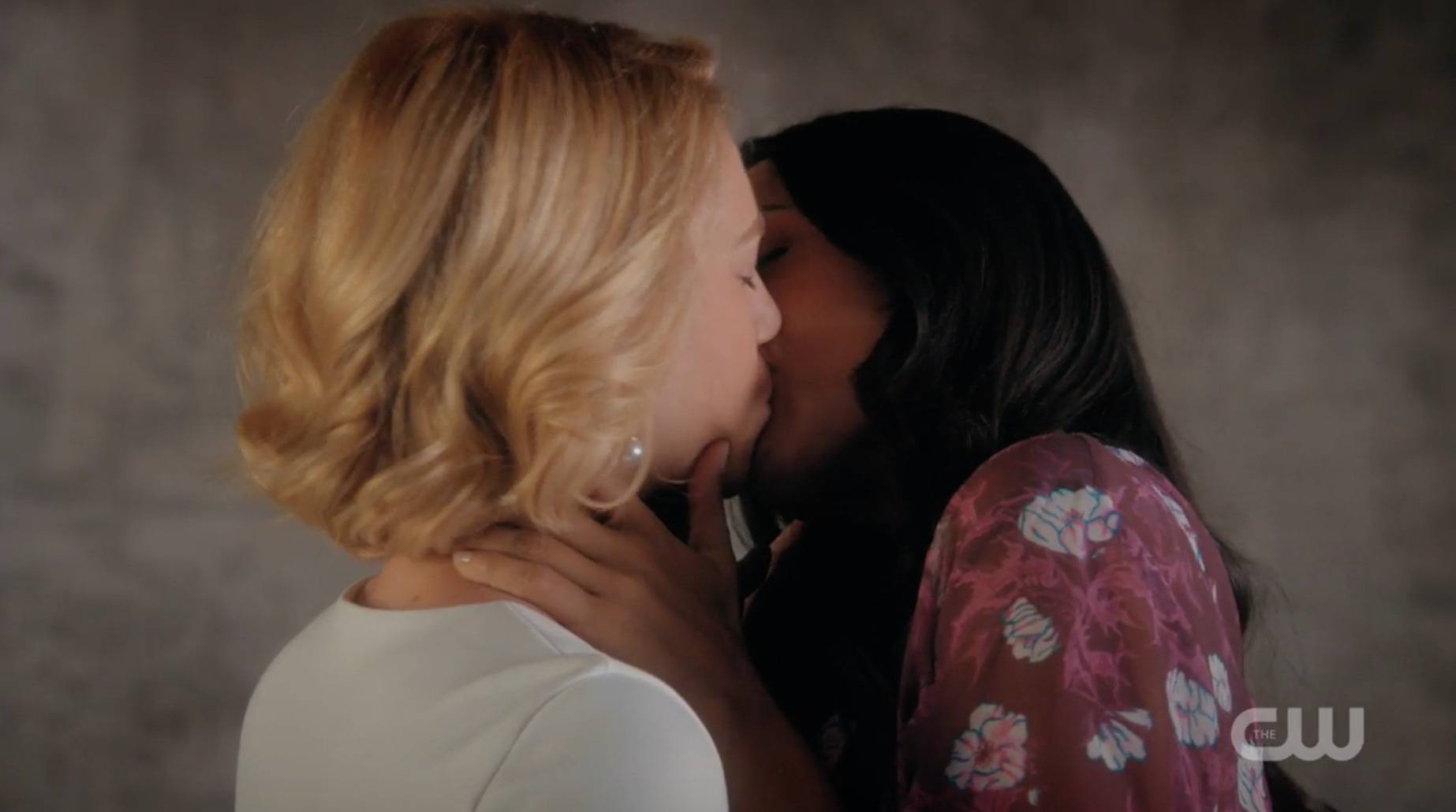 Thankfully no! But she did it as a distraction cuz she’s being followed. We find out Petra had planted the burner phone and set Lawyer Jane up to see if she was really loyal. Lawyer Jane didn’t tell Petra she had heard from the “blackmailer” (not really them) because she was being followed and didn’t want Petra to ruin things. She gets a message from the blackmailer later asking “what was that kiss about?” As a cover Lawyer Jane said she had to seduce Petra to get closer to her. Petra says “will they believe that?” About the seducing and Lawyer Jane is like… you were pretty into that kiss. Yea she was! She had been dreaming about it.

Later Petra is at the hotel and gets a text from Lawyer Jane, you have to see Petra’s face – so giddy – right in front of Jane. Jane-Jane, regular Jane. It’s official Petra is crushing!!! During one of their late night meetings (mmm-hhmm) Petra asks if Lawyer Jane needs to stay over… in order to solidify their lie about the seducing. Rrrriiight – Petra is so not slick. Lawyer Jane gives her the ‘girl please’ side eye and says, “not into being some straight women’s guinea pig.” Petra says she has been with women! Lawyer Jane and Petra are going for it. I wish I could just make a sentence of exclamation points!!!!

The next morning, it literally feels like Petra is in middle school, fixing her hair in the bed tryna be like Oh “ I woke up like this.” She comes clean that she had never been with a woman and Lawyer Jane is like, “yea I know.” Then in comes the room service breakfast for two – maybe trying too hard Petra…

Later we get a glimpse of what Lawyer Jane has to deal with trying to care for her mother while dealing with this overwhelming blackmailing situation and case. We see at the end, someone had placed a note on her mother’s sweater while she slept that says get a confession or we’ll take mommy with us next time. Who is doing this??! Maybe it’s Luisa – she has connections and motivations for sure. Whoever it is they are – cold blooded!! (in the key of Rick James.) 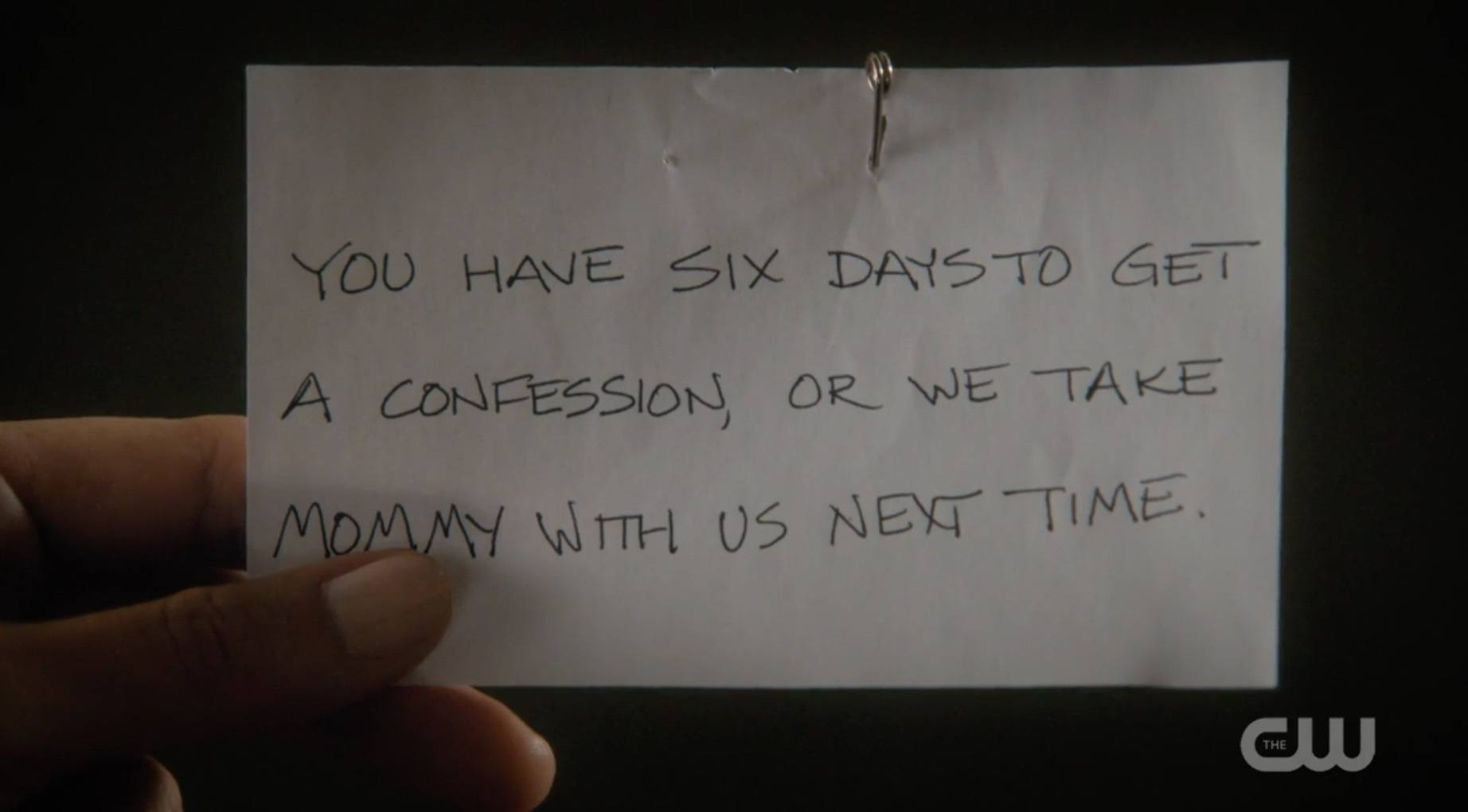 Jane + Everything
So, of course, everyone knew Rafael and Jane were together, no surprise there. They both thought the fam was gonna lose their ish! Nope, they literally were like, of course. Even had a bet going on when Jane and Rafael would tell. A little bit of a disappointment for the revealed couple, but the payoff was telling Mateo. He was so thrilled like a kid on a candy rush. (I still think they are missing a teachable moment about alternate family structures with him, but I get it, he wants his parents to be together – it’s cute.)

Now Jane is sure the only thing she desires doing is being a writer, she’s back at the computer and… still has writer’s block. She feels so strongly that she needs to write to the critic that gave her that bad book review. She can’t get it out of her head, getting on the critic for “his warped white lens” — Don’t know if its a white man… But wouldn’t be surprised. Jane’s self-critic comes out in full force, just breaking her down at every turn. Rogelio shows Jane his ‘failure folder’ or.. ‘Motivation folder.’ A folder of all his worst reviews, that he uses to fuel is growth and ability for greater achievements. He convinces Jane to take an improv class. 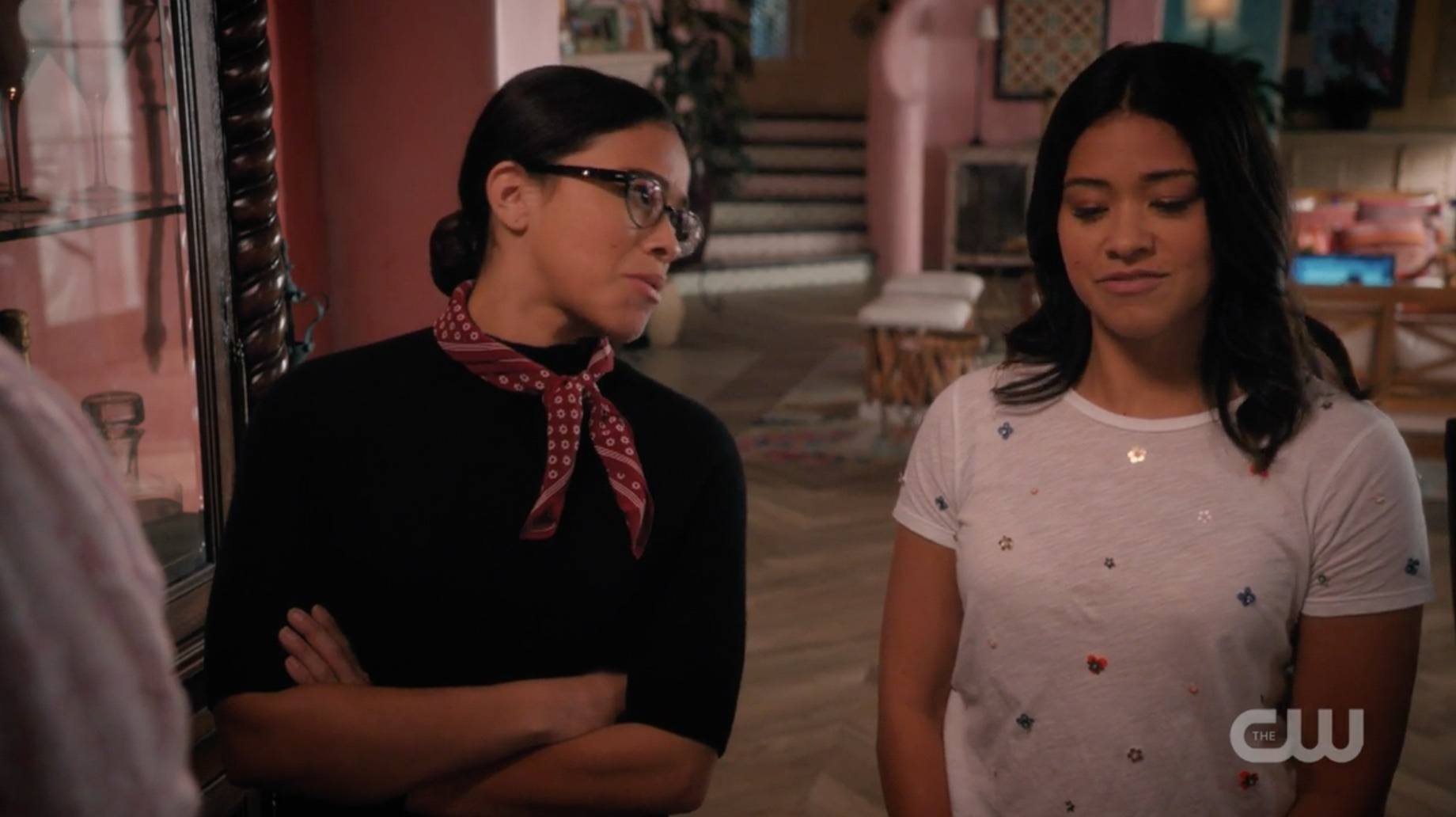 I think it’s a great idea, it sparks a lot of creativity. She does terrible – improving a scene saying robbers of the Statue of Liberty took her virginity by force! What?? She really went there, too much there. She gets homework where she needs to observe those around her and draw up a character – even this is difficult with her own critic getting the best of her.

Rafael helps her see the helpful parts of that bad review, that the critic may have some truth. Those truths can be used to inspire her writing, to be better, to move forward. After getting a check+ in the class, she realized she did find it useful, and decides she wants to take a writing class. It’s true, she does really well when she is pushed. Wow listen to me, I’m talking like we’re besties and I know the intricacies of her personality – I may watch too much TV, lol!

Rafael is researching for his birth parents and found info on his birth father marrying someone whose name is on his birth certificate! Jane does some fast Googling and thinks she may have found her. They start thinking there’s a resemblance (not really), you know wishful thinking. We find it wasn’t her, that she was actually just a pass-through between his father and the orphanage. 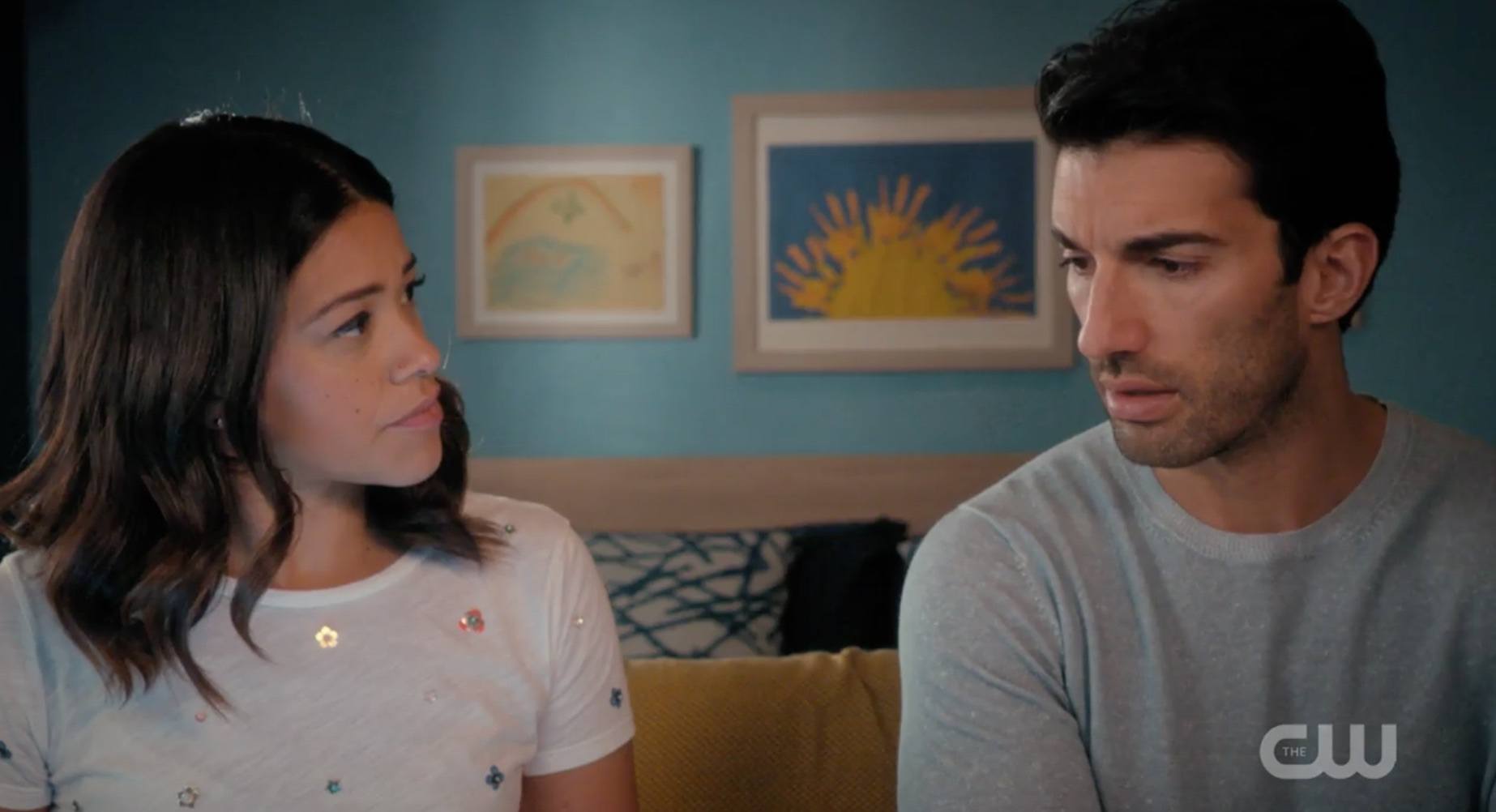 Rafael’s birth mother didn’t want her drama to follow him so she didn’t want her name on the birth certificate. What drama?? I can’t wait for this to really unfold! Jane urges Rafael to keep looking – try to get further records from the orphanage. He calls them and asks if there are any records at all on his adoption. They say, someone BOUGHT the records – you know who… Luisa, Raf’s sister! And the plot thickens. Also how does one buy records? Couldn’t she just have them given to her? This orphanage is like a front for something, taking money to give away records.

I’m beginning to believe more and more Luisa is behind so much of what is happening this season – like where is she? She still is the majority shareholder of the Marbella, was committed, found out it was on false information, is out and then has not been seen??…Suspicious.

Well see you next week on “Jane, the ‘stick to writing’ writer.”

Watching Jane The Virgin? Find BNP’s other chapter recaps of the novela here