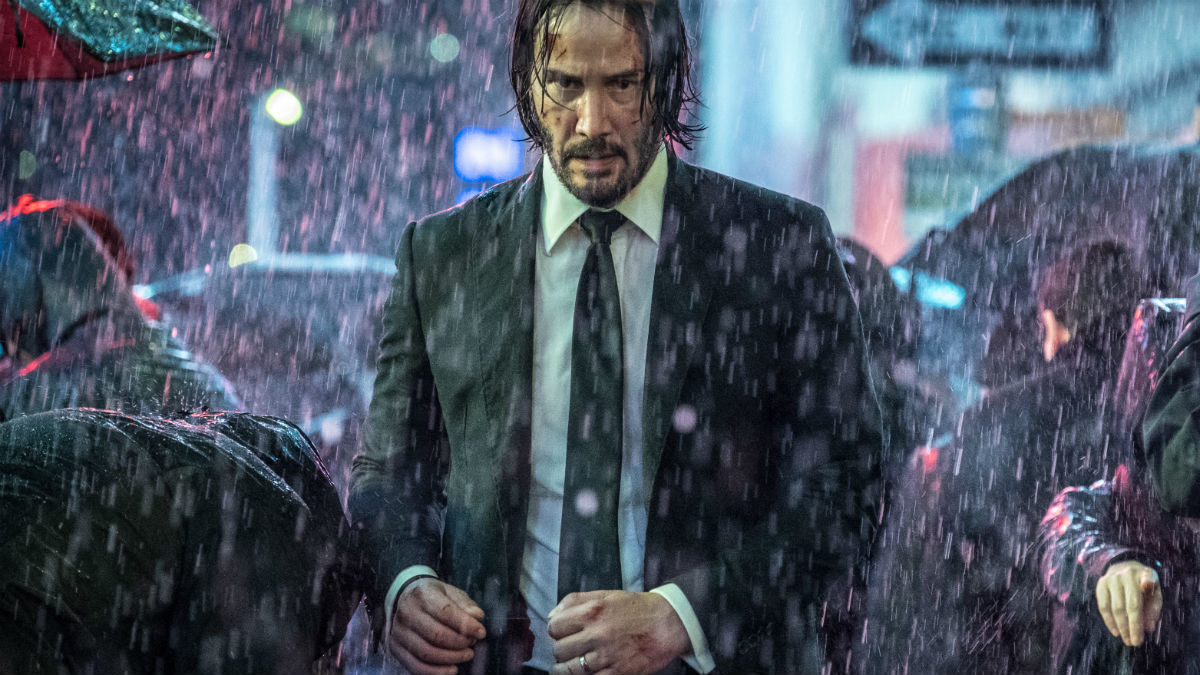 He Knew the Rules, and He Broke Them

John Wick Chapter 3, where do I start? I guess with where we left off since that’s exactly where this movie picks up. At the end of John Wick Chapter 2, our favorite hitman makes the idiotic decision to commit cardinal sin #1 and conducts business on Continental grounds. He murked out Santino D’Antonio right in front of Winston and a brand spanking new $14 million contract is put on his head, along with the feared label of excommunicado. This sets the stage for Chapter 3 to dig into the inner workings of the High Table, introduce some sensational new characters, expand on our established favorites, and send every killer with a pulse after the infamous one. Chapter 3 literally starts off with John running through the streets of NYC with the same lacerations all over his money maker and the same dapper, bulletproof, all black, iconic suit. You might even consider him stuntin’ if he wasn’t half dead. Then again, a half-dead John Wick is still a pretty fly and lethal force to be reckoned with.

So, we pick up during the 1 hour of getaway time that Winston so graciously bestowed upon the marksman. John’s house was blown up so he has no access to his cache of coins and weapons of homicidal destruction. He has to begrudgingly call in debts, and rely on last resorts if he wants to escape, or just make it out alive. Also, I really enjoyed the fact that the first person who tries his hand at getting that $14 million bounty is as formidable as any one enemy that John has come up against.

An Ode To The Action Flick

As soon as the clock strikes 6, it’s time for the murder music. Assassin after assassin comes for his life. Gang after gang is thrown at him. The first 30 minutes of the movie is by far the most reminiscent of Chapters 1 & 2, but has a bit of a different feel to it. There’s a slight upgrade in the quality of knife-wielding and throwing battles, that makes you appreciate John as a complete killer and not just the sensational shooting he’s become notorious for.

You also notice a little more Jackie Chan in his any-means-necessary approach to staying alive. He utilizes all objects in his surroundings to get the job done, much more than we’ve seen in the past. I truly appreciate this tweak because Jackie made a career off this style and I loved seeing John Wick 3 incorporate it more, without overdoing it.

You’ll notice nods to plenty of genres and cinematic legends, from Lawrence of Arabia to Rumble in The Bronx. There’s a hint of Spaghetti Western, Steve McQueen, Die Hard and plenty of Kung-Fu vibes in this one. I recently watched the original Death Wish and I’d be doing you a disservice if I didn’t state that the Wickian-Verse is a huge shout out to Charles Bronson and his gruff, no-nonsense approach to taking lives.

Sidebar: You know that Keanu on horseback, in the middle of Manhattan, photo that was released a few months ago and set the internet on fire? Yeah, that scene is even greater than the hype that ensued on Twitter. I don’t think y’all ready. 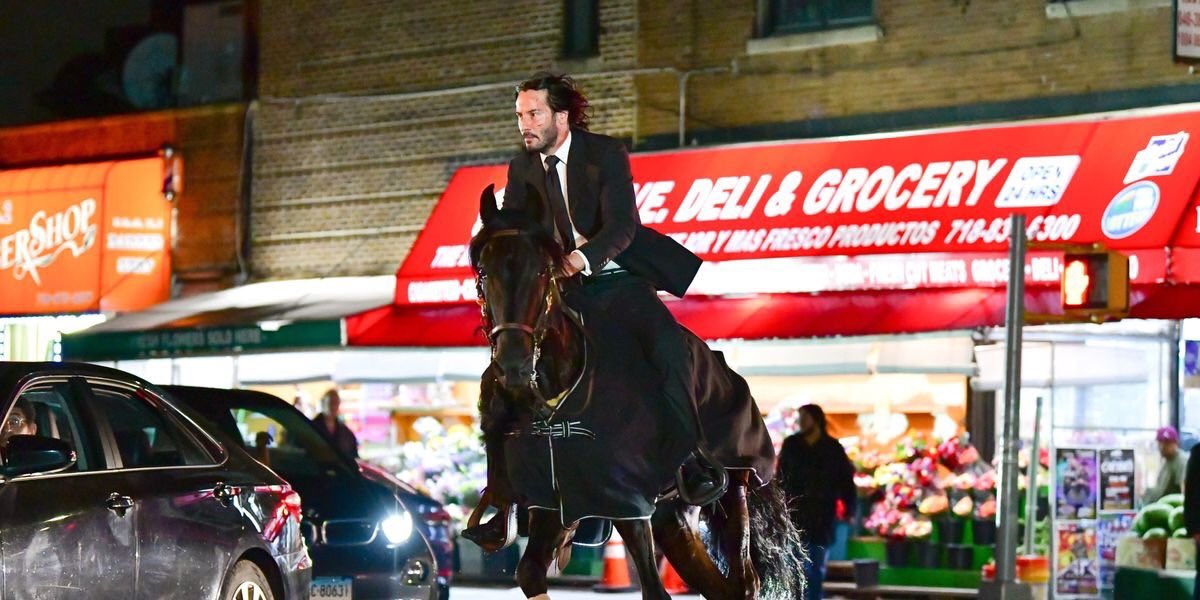 Halle Berry plays Sofia, an old, let’s call her associate, of John Wick that we meet. While Sofia is a phenomenal character that fans are going to Stan for, it’s her friendly companions that I want every single John Wick fan to get excited about. Speaking on any of the scenes will give it all away, so just take me for my word when I tell you that I haven’t seen dogs used so proficiently in battle since Grey Wind and Ghost were tearing throats out beyond the wall and in the Whispering Wood. 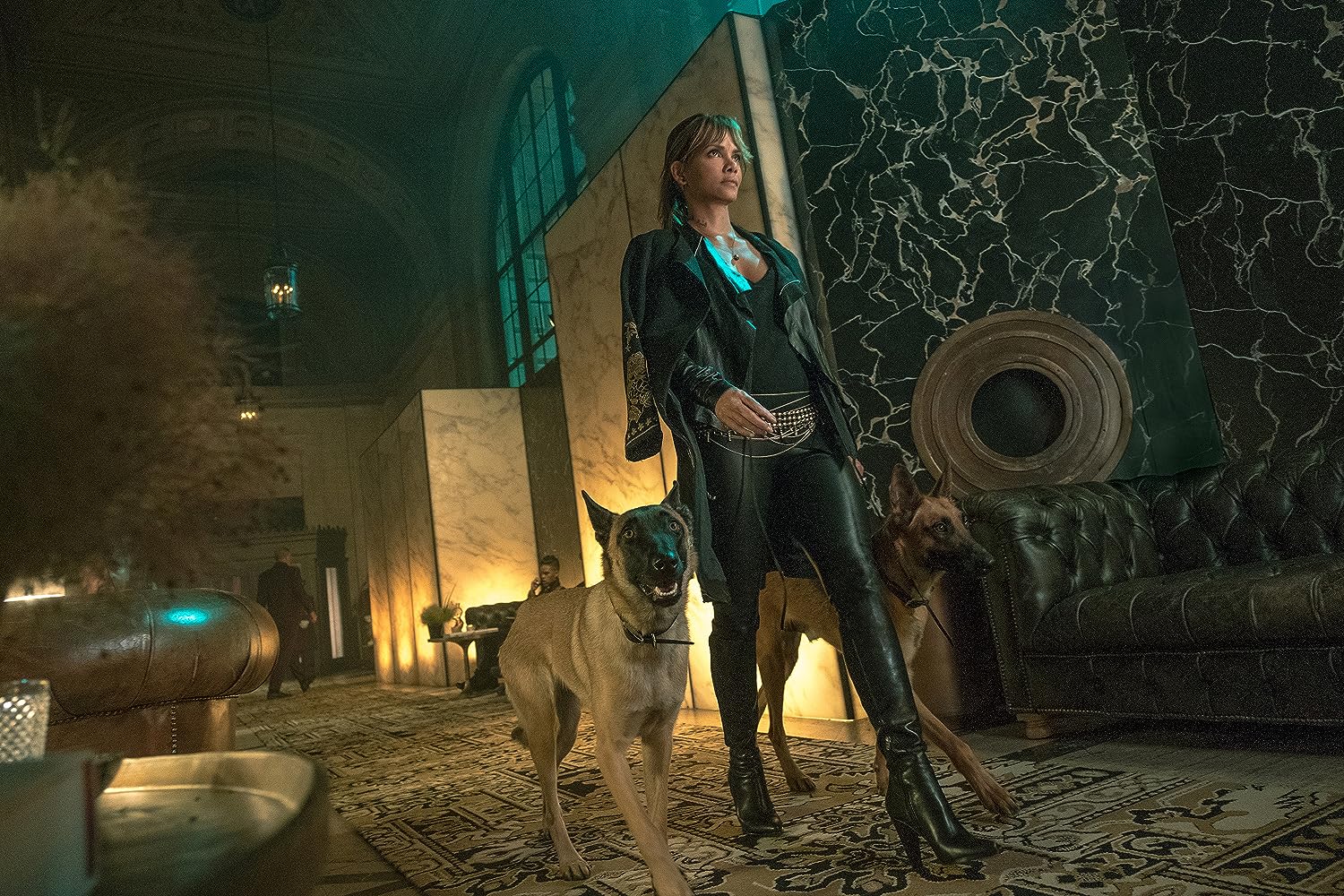 In the final act of the film, John makes the decision to prepare for war (Parabellum if you nasty). In between it all, the writer, director, and characters continuously dive deeper and deeper into what I consider the most intriguing aspect of this world, The High Table. “In this film, you’ll see much more of this mythological, hyper-real world full of secret hotels, hidden underworlds.” director Chad Stahelski details. Going further than that, we get into even more intricate aspects of the High Table, in that, they have a bit of an underground judicial system that everyone must abide by and adhere to. With this being a movie centered around John’s decision to break rule #1, sanctions and those handing out the rulings are an intricate part of this new chapter.

John Wick Chapter 3: Parabellum drops on May 17th and I’m expecting it to soar to new heights while staying grounded in that get clapped quick vibe of the original film. There are so many more new characters, wild adventures, hilarious moments and absolute carnage that I can’t even get into without risking spoiling things for fans, but you’re in for a good time. Get your Kevlar suit, gold coins and blood oath markers ready because it’s about to be another gloriously violent outing for the world’s finest super assassin.