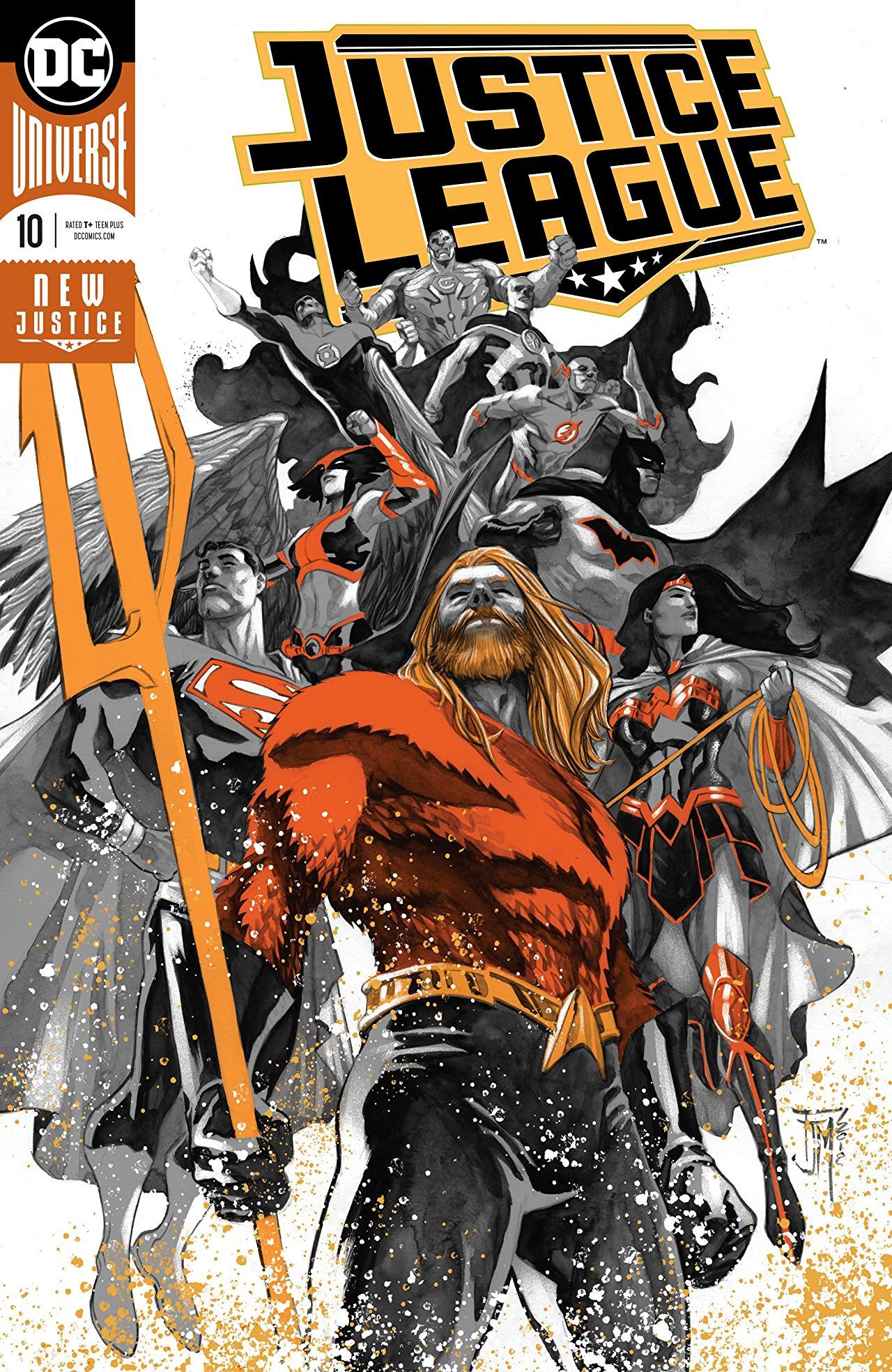 In this prelude issue, Snyder doubles down on this series’ absolute madness. For perspective, this story features alien sea gods who come to flood the Earth now that their greatest adversary, and original king of Atlantis, Arion is no longer around to stop them. Its got space krakens, weird purple space water, a baby Starro in a jar named Jarro, and everyone in the world is becoming an ugly fish monster.

I’m admittedly not the biggest Aquaman fan. I don’t like ocean conflict or royalty, but I am partial to mythology. Probably because it’s similar to the superhero genre. What’s dope about this arc so far is that it seems to be trying to expand upon the preexisting underwater legends we know so much about by giving them a cosmic twist. Space makes everything better, doesn’t it? Snyder explains this by stating a simple fact: Water is necessary for all life. Not just on Earth but in all of the known universe. Atlantis is the city under the sea, and Arthur Curry is its king. But there are others in charge of other water domains across the cosmos. Think the Green Lantern Corps but plug in water where willpower should be. 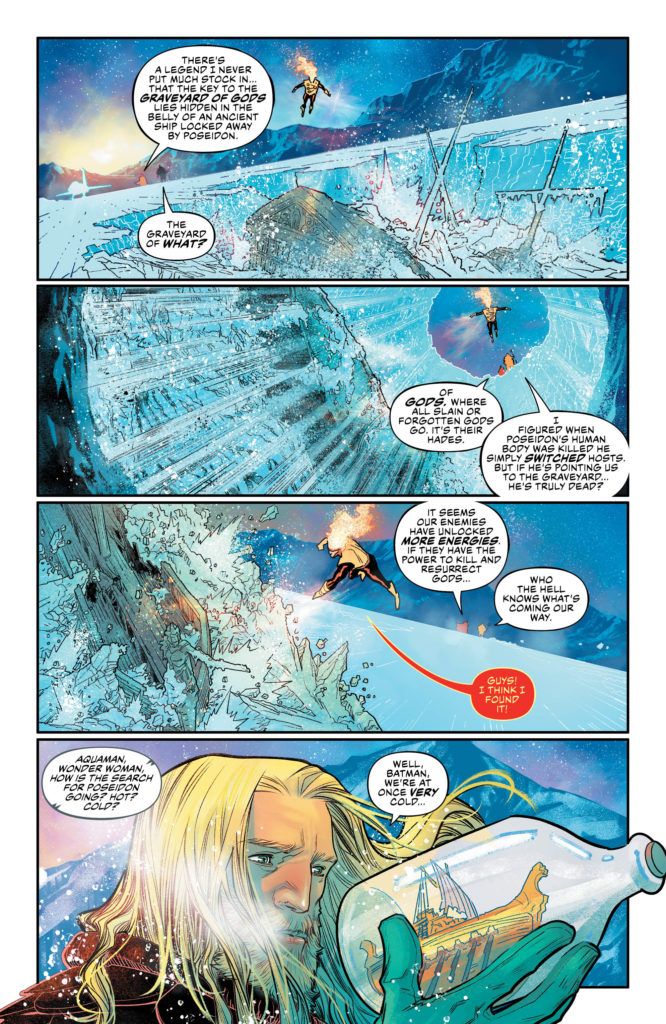 But if that isn’t enough to get you hyped about this arc, then maybe the art will. For this issue, we were blessed with the craft of the incomparable Francis Manapul. His illustrations satisfy a craving you didn’t know you had until it’s right in front of you. His line work is as fluid as it comes, and his colors are so full of charisma that there’s no way you can take them for granted. Comics are without a doubt an art driven medium, but with Manapul’s art, I find myself sitting there taking everything in long after I’ve finished reading the page. And there are some splash pages in this issue that’ll make your jaw drop so low you might just look like a fish monster yourself.

As Snyder stated in my interview with him at NYCC, this promises to be a whacky story that you won’t soon forget. If you’re sitting there in disbelief while reading this wondering “What the hell is going on?” then he’s done his job. Justice League‘s first arc was dark and tense. So far, this story promises to be fun and adventurous.

The prelude to “Drowned Earth” makes your mouth water with thirst quenching art from Francis Manapul, while simultaneously convincing you how dope Space Krakens are.

9 Bottles of Space Water out of 10