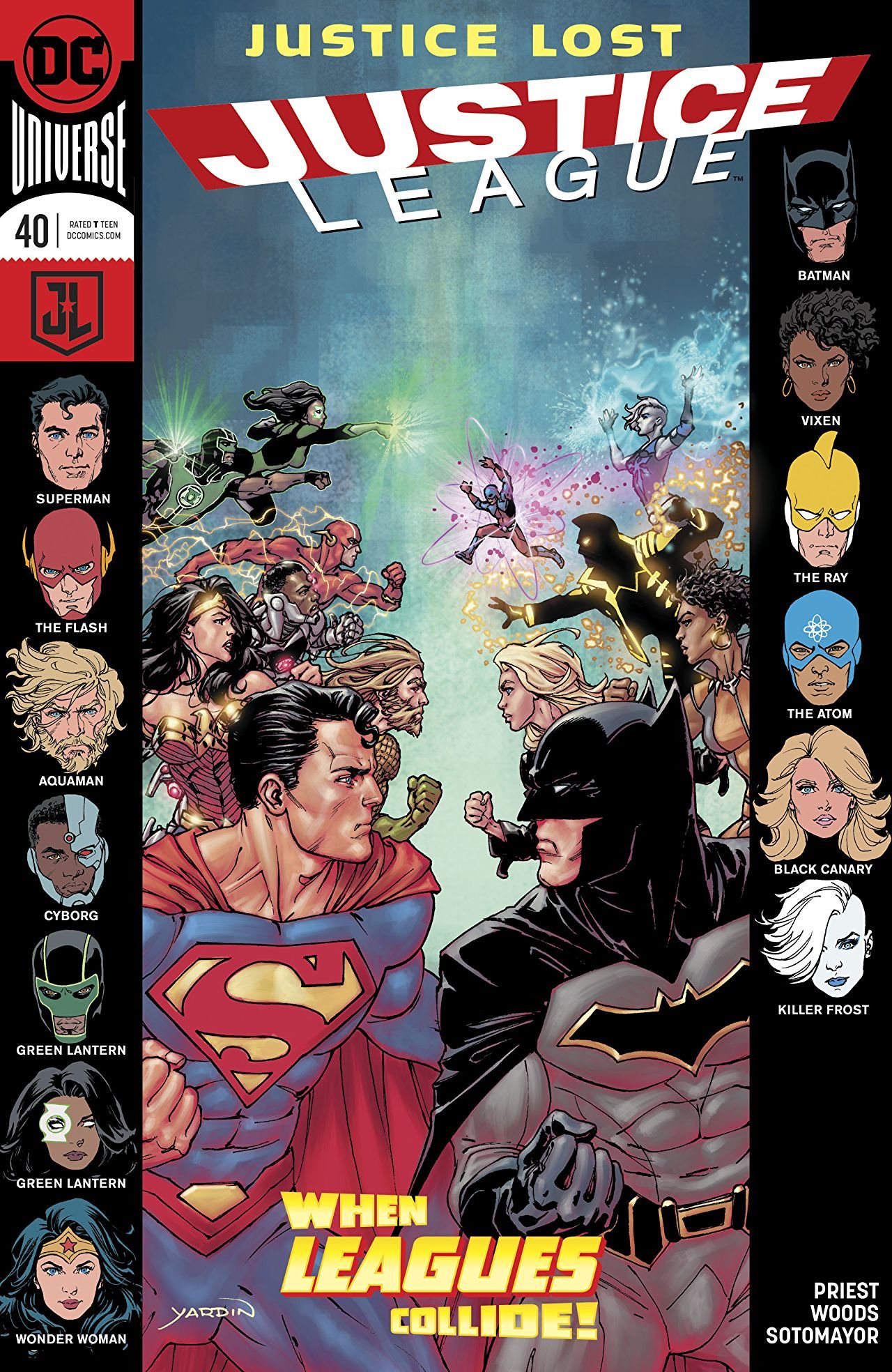 Let’s get ready to ruuummbblllee!!!

Or argue about what citizens are more important to save in a neighborhood torn down the middle by race and class.

In this issue, Cyborg struggles with coming into his own as the leader of the team at what seems like the worst time for him to have taken over. It’s madness at every turn. It’s like he’s leading on two fronts. He’s got to make the right decisions for the League as a whole, and he’s also beholden to his community, who expect him to represent them more than he can.

I really like seeing this book grapple with these timely issues. Of course, we’ve seen the Justice League interact with public perception before, but Priest seems determined to tell a story that speaks to the climate of the country we’re in right now. If the JL was in the real world, this is how the public would react. Nothing they did would be good enough. 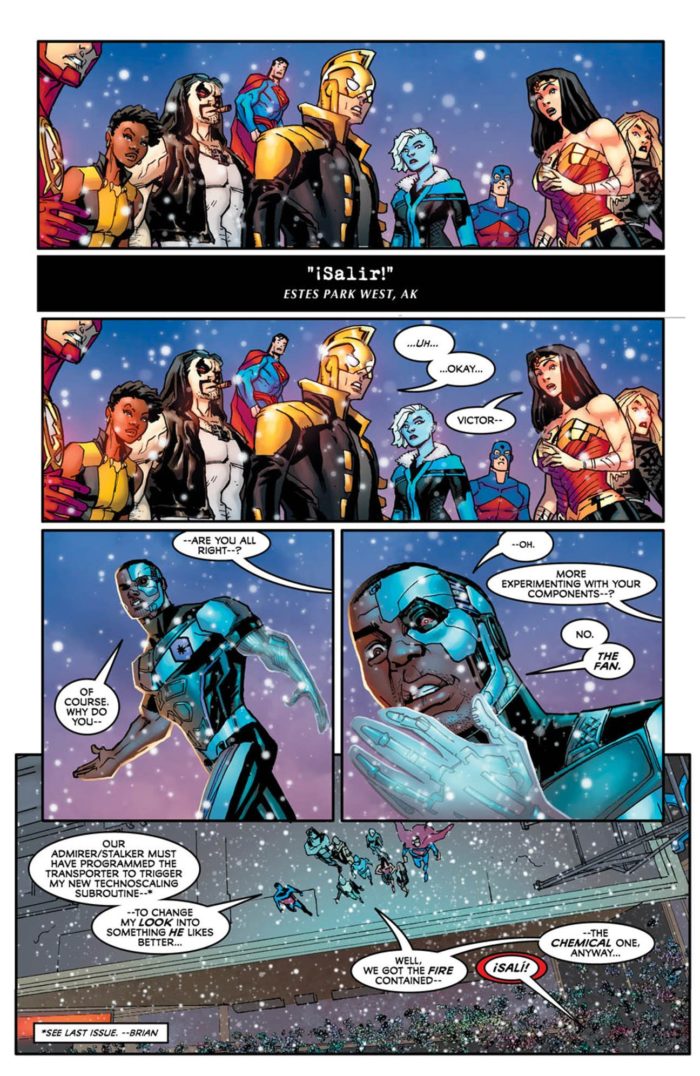 While Cyborg juggles his responsibilities, the JL and JLA get in a dire situation that makes them question their individual importance. The JLA’s B-Team status, coupled with the veil of racial bias this book is pushing, has them feeling inferior to the JL. But it raises an interesting question: Are core members like Batman, Superman, & Wonder Woman more important than Killer Frost, The Atom, and Black Canary? If this was a life or death situation, who would you try to save? As a comic book reader, that answer comes easily. But as a character in this book, it’s gotta be incredibly difficult to accept your role and mortality in this world.

The homie Pete Woods is back on the pencils and inks with this issue and all is right with the world. That’s no disrespect to the artists that filled in while he was gone, it’s just nice to see his interpretations of the League coupled with Priest’s vision. They reskinned Cyborg like some Injustice DLC and I’m witttt ittt.

This book’s conflict continues to rise, and though The Fan’s motives are clearer than ever, the team is still only in a reactionary mode. They haven’t made any strides in taking him out. That’s where this run has lacked thus far. They’re getting their asses handed to them mentally, physically, and socially. And they can’t seem to figure out how to make a move. It does seem like things are tying together a bit more over the past few issues, so maybe there is some sort of restitution on the way. Overall this was a solid issue filled with thought-provoking commentary on the rights and wrongs of vigilante justice.