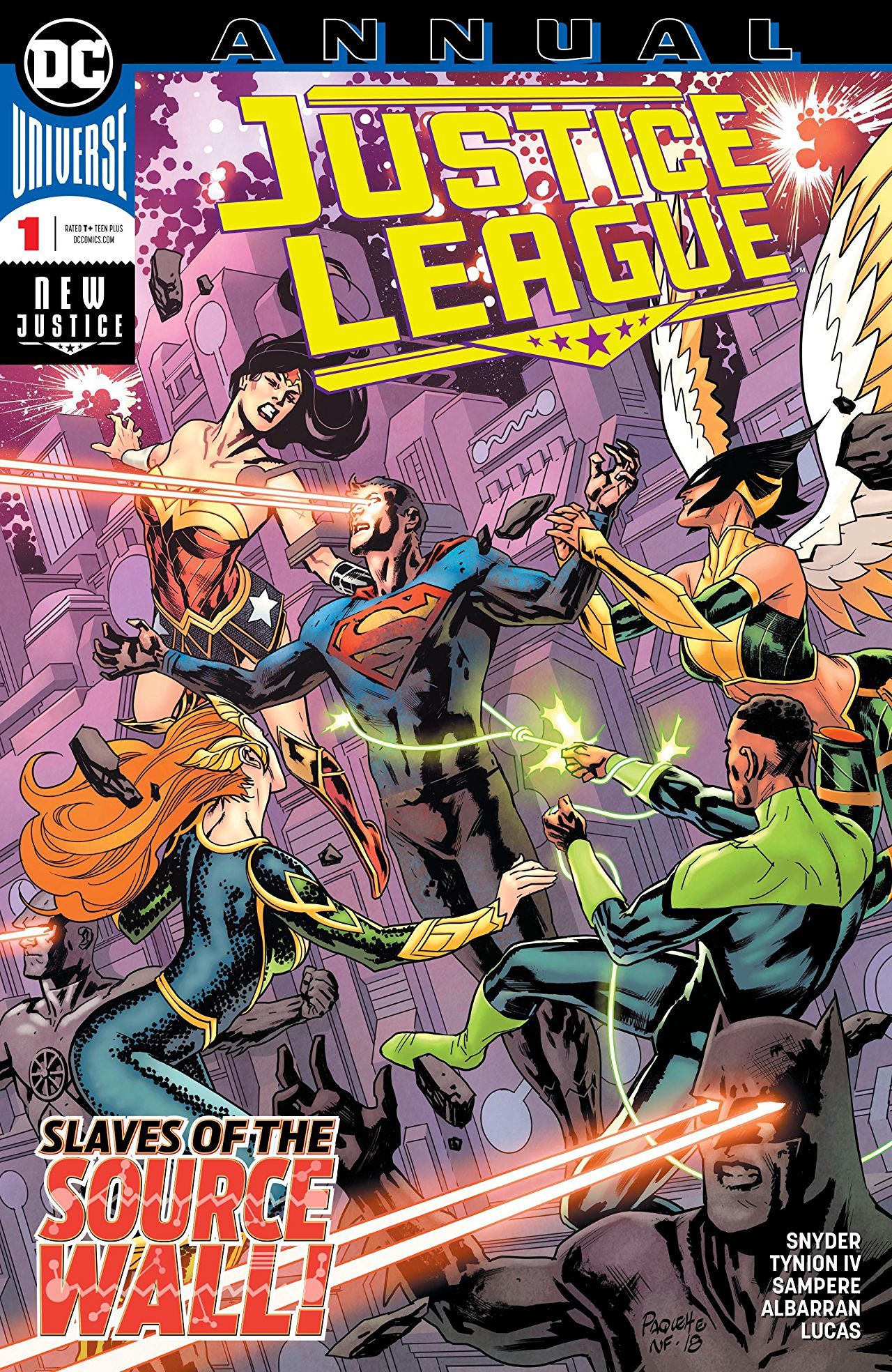 The first Justice League annual is here, y’all. But don’t expect a bunch of mini-stories with chibi versions of the team. This annual is filled to the brim with every ounce of lingering questions and completed character arcs that the series has been building toward since issue one.

Snyder and Tynion are really using every inch of real estate that they can to tell this story. I was a little taken aback that all the pivotal moments that the series had been building towards take place within this annual. Usually, annuals are used as a time to reflect. Maybe even have shorter stories that are told by committee. And they’re almost always used as a palette cleanser that refreshes you for the next arc. Well, this ain’t that fam. Snyder and his hittas don’t want you to get rid of that taste in your mouth. They don’t want this transition to be smooth. They’re dragging us into the next arc of this series with our mouths agape, and our minds mystified. 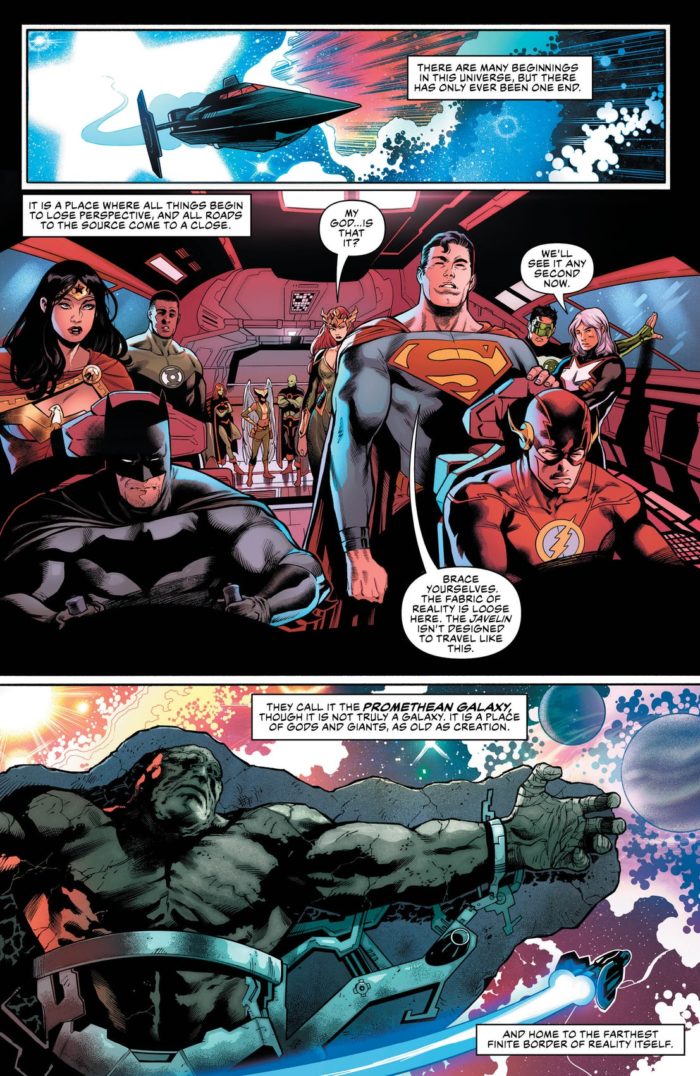 One of my personal highlights for this issue was the grand scale of the conflict. We got some amazing action sequences as the heroes of the universe ban together to fix the crack in the Source Wall. I felt like every other page was a double-page splash, and not even in a flashy way. It was needed to fully capture the scope of everything. This was an issue that really wanted you to understand how small these heroes are in relation to the giants of the multiverse, and those enormous spreads do more than enough to make your faves feel like ants in comparison.

Another thing I really enjoyed was seeing a supporting cast of characters for the Justice League that we haven’t seen in depth so far. Ms. Martian and Kyle Rayner were featured the most, but we got a host of others. If you’ve got an event of this magnitude, all the homies gotta show up.

This is a turning point for the series. An Act II of sorts. Up until this point, everything was predicated off of trying to stop the Legion of Doom from freeing the original mother of the universe, Perpetua. Every mission, decision, and action taken were all in service of stopping that one thing from happening. And vice versa for the LOD. But everything’s changed now. Perpetua is here, and we don’t even know exactly what that means yet, but it can’t be good. The multiverse is already reeling from the ramifications of her being freed. If you thought this series was already swinging for the fences, it’s about to get a whole lot crazier. I don’t know what’s in store for this next chunk of issues, but I know it’s gonna try and top what’s already been done. And if anyone could do it, it’s the team on the page and behind the scenes.

Look, I’ve been pretty high on this series from the jump, but this issue right here is easily the best issue of the entire series. Snyder, Tynion IV, and company are at the top of their game, yet they’re still reaching for the stars.