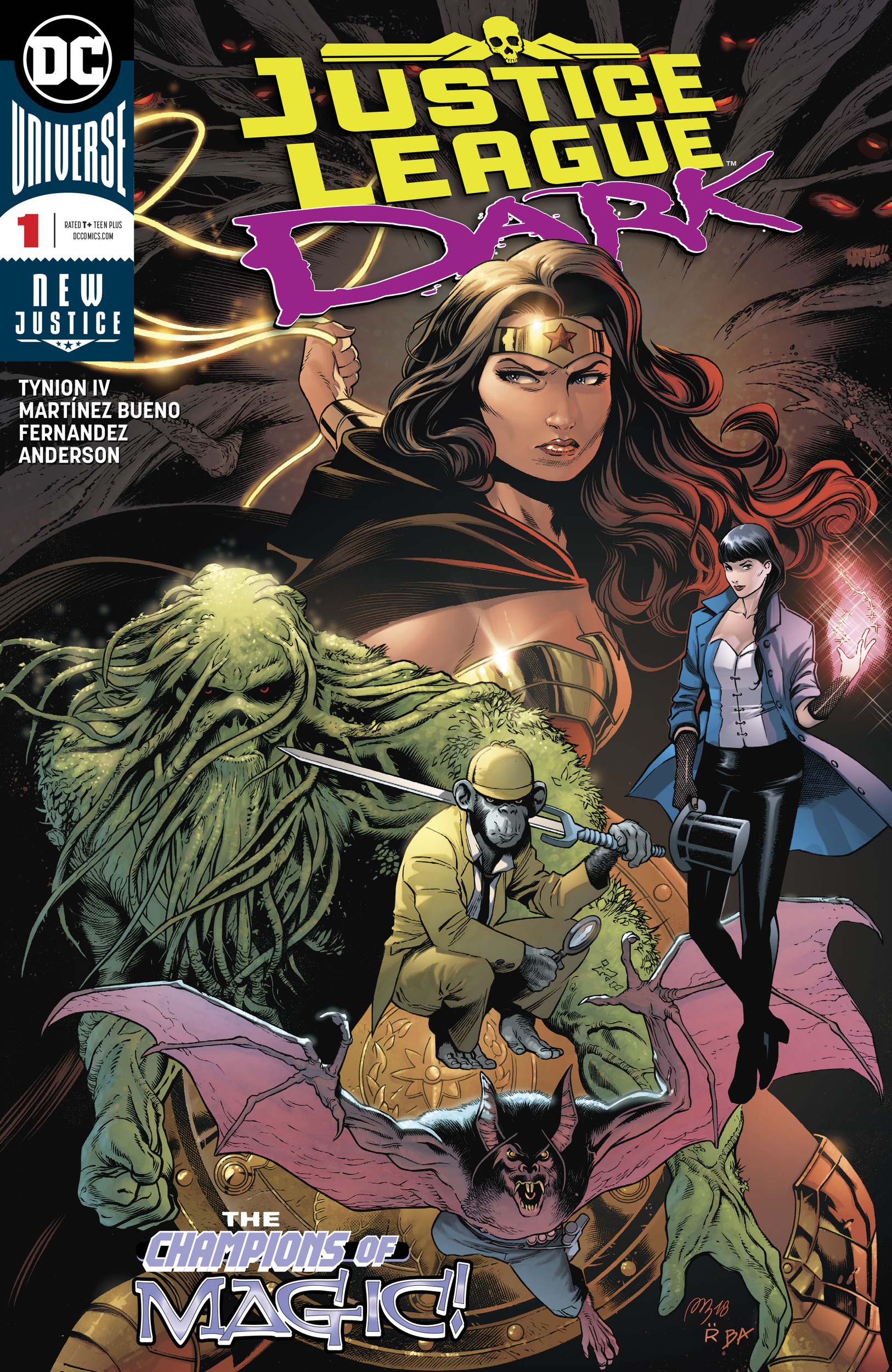 The Champions of Magic

When it comes to speculative fiction, I tend to gravitate to the science-y side of the genre. That being said, I have a soft spot for various fantasy tropes and magical characters in the DC Universe. So when I saw that Wonder Woman was leading a team with Detective Chimp, Man-Bat, Swamp Thing, and Zatanna; I just nodded my head in approval and started reading.

Tynion is very good at setting up atmosphere. Wonder Woman’s opening narration is a poignant monologue that provides an insight to new readers and refreshes the up-to-date on the exact stakes that will be happening in Justice League Dark. Straight off of Metal and No Justice, there is an imbalance of magical forces on Earth. Wonder Woman has taken it upon herself to investigate the anomalies. Yet, a lot of the more familiar A- and B-listers are a little bit skeptical leaving Diana to recruit from a slightly different set of heroes than usual.

Bueno’s artwork, paired with Fernandez’s inks and Anderson’s coloring, is truly beautiful to before. The dark over-and-undertones of the illustration puts the issue in stunning contrast with the mainline Justice League title. The total effect gives a different ambient energy to this world of mysticism and horror-esque elements.

The formation of the Justice League Dark is a quick jaunt, but there are plenty of Easter Eggs to search for in the panels. The chemistry between the disparate characters is surprisingly amusing. I’d never expect pages where Wonder Woman and Detective Chimp sitting at a bar to be equal parts somber and refreshing, but I have also accepted that the creative teams at DC are currently trying to one up each in other in the ‘strange circumstances that you wouldn’t think would work, but we’re certainly going to make them’ arena. 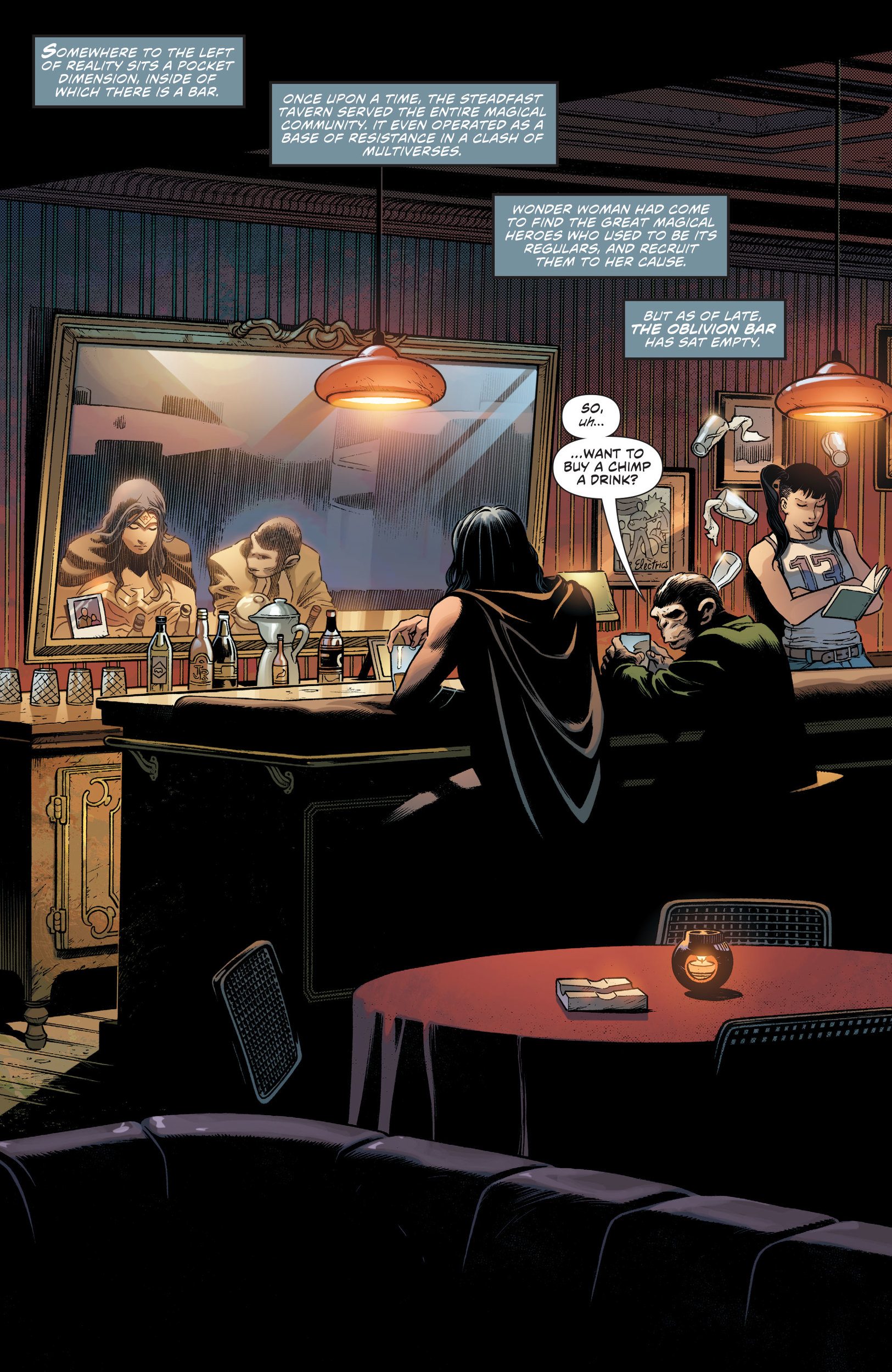 I enjoyed the time I spent in the magical realms of the DC universe, plus I think Tynion is a great match for the tone and characters. It’s a fun opener, and any excuse to spend time with this particular cast is more than welcome.