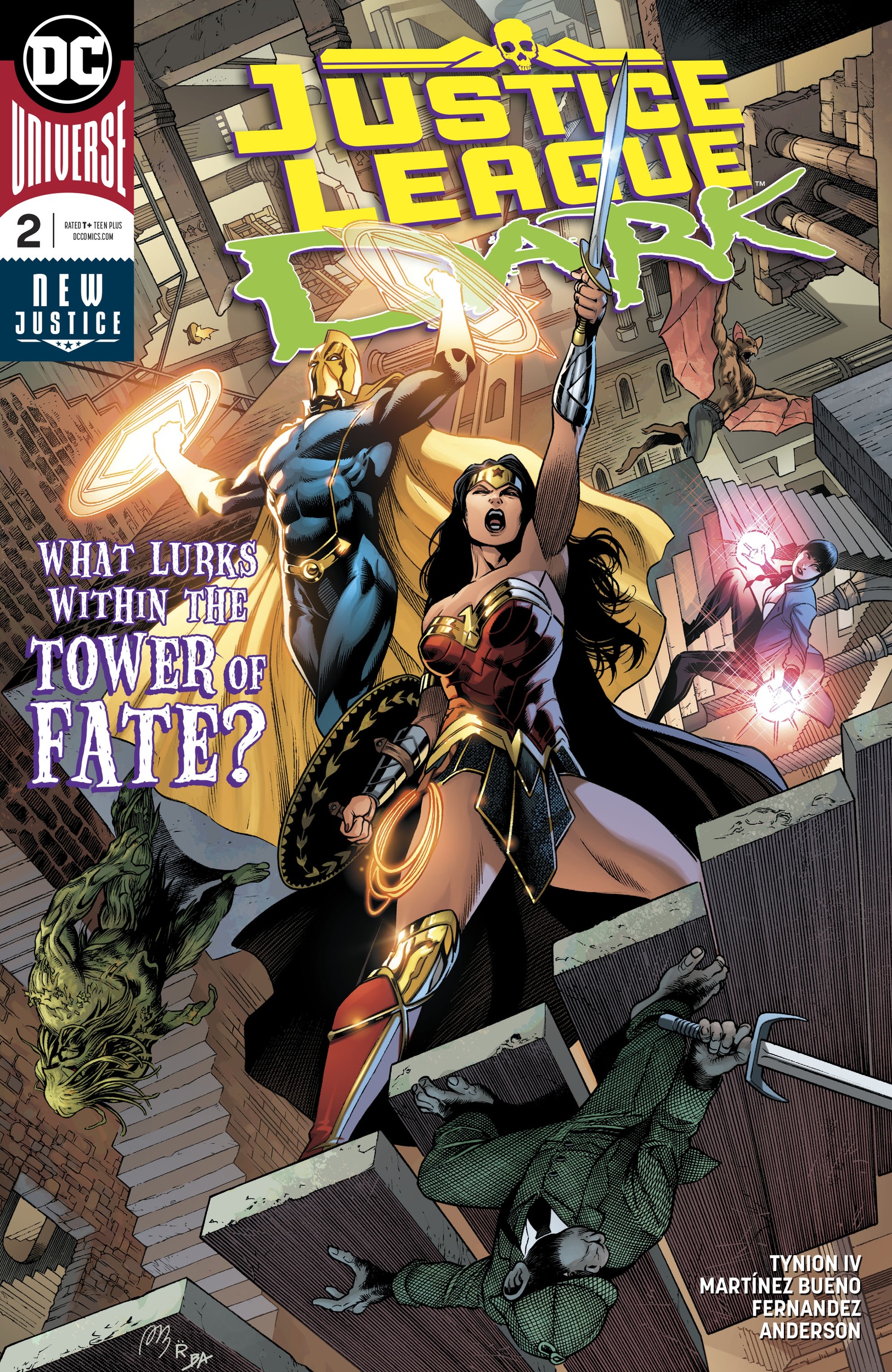 What Lurks Within the Tower of Fate?

The art of magic is in the misdirect. In writing this series, Tynion is astutely aware of this simple truth. What you see or expect is ultimately not what you get, and there is the distinct possibility for both joy and fear at the conclusion of the trip. Magic is a fickle thing. As an omniscient narrator details a long forgotten memory from Diane’s childhood, Justice League Dark starts off strong. Incredible artwork from Martínez Bueno brings out of the best of horror and fantasy, which is to say…the dark side of the DC universe.

After the flashback, Wonder Woman leads her motley crew of magically-aligned allies against mysterious risen corpses. What ensues is an enjoyable, bloody brawl with an excessive amount of swashbuckling that I am entirely here for. The strange assortment of Justice League Dark continues to be perplexing in its charm, as Detective Chimp and Man-Bat continue to flourish in the spotlight alongside Zatanna and Swamp Thing. Tynion, unburdened by exposition, is able to flex and show us what he can do in a post No Justice universe. 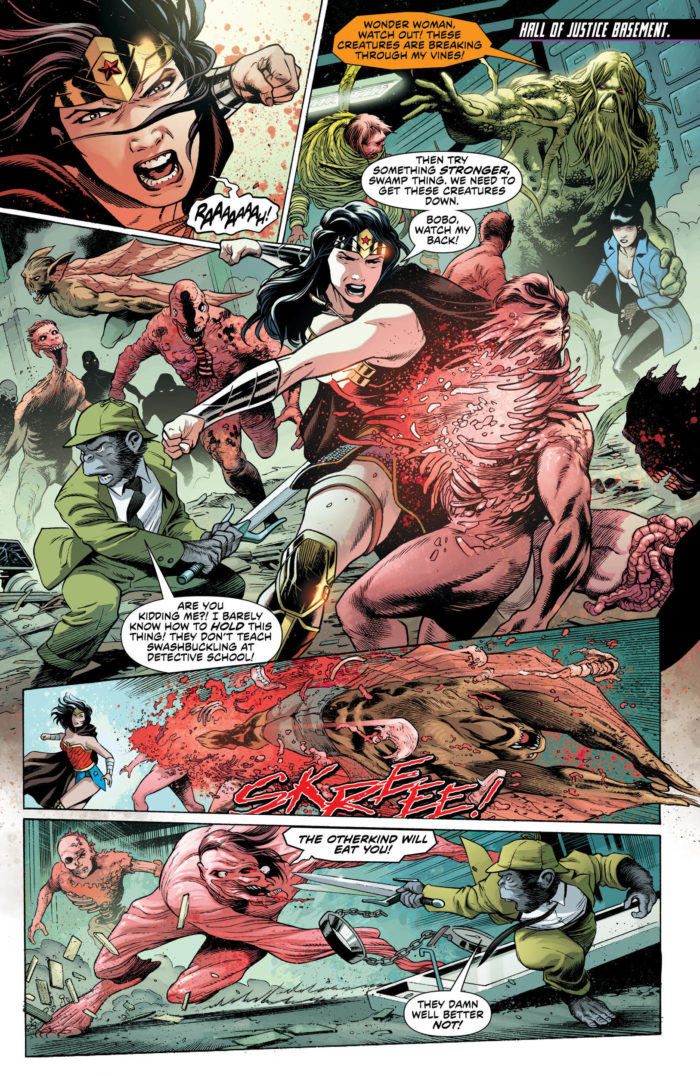 The main hook of the issue is a meeting with Doctor Fate at the Tower of Fate. Without spoiling any of the issue, let me just say it is an incredibly compelling sequences that utilizes Escher-esque architectures and wonderfully attentive storytelling. As a big fan of Doctor Fate and his mythology I was overjoyed at the innovation direction Tynion has taken with the character, and how years of world-building are deftly handled in mere pages.

Justice League Dark has found its footing. Tynion and Martínez Bueno keep you glued to the current panel, before revealing something exceedingly clever in the next. They are perfectly suited to take you through this tour of the dark, magic-fueled side of the DC universe.