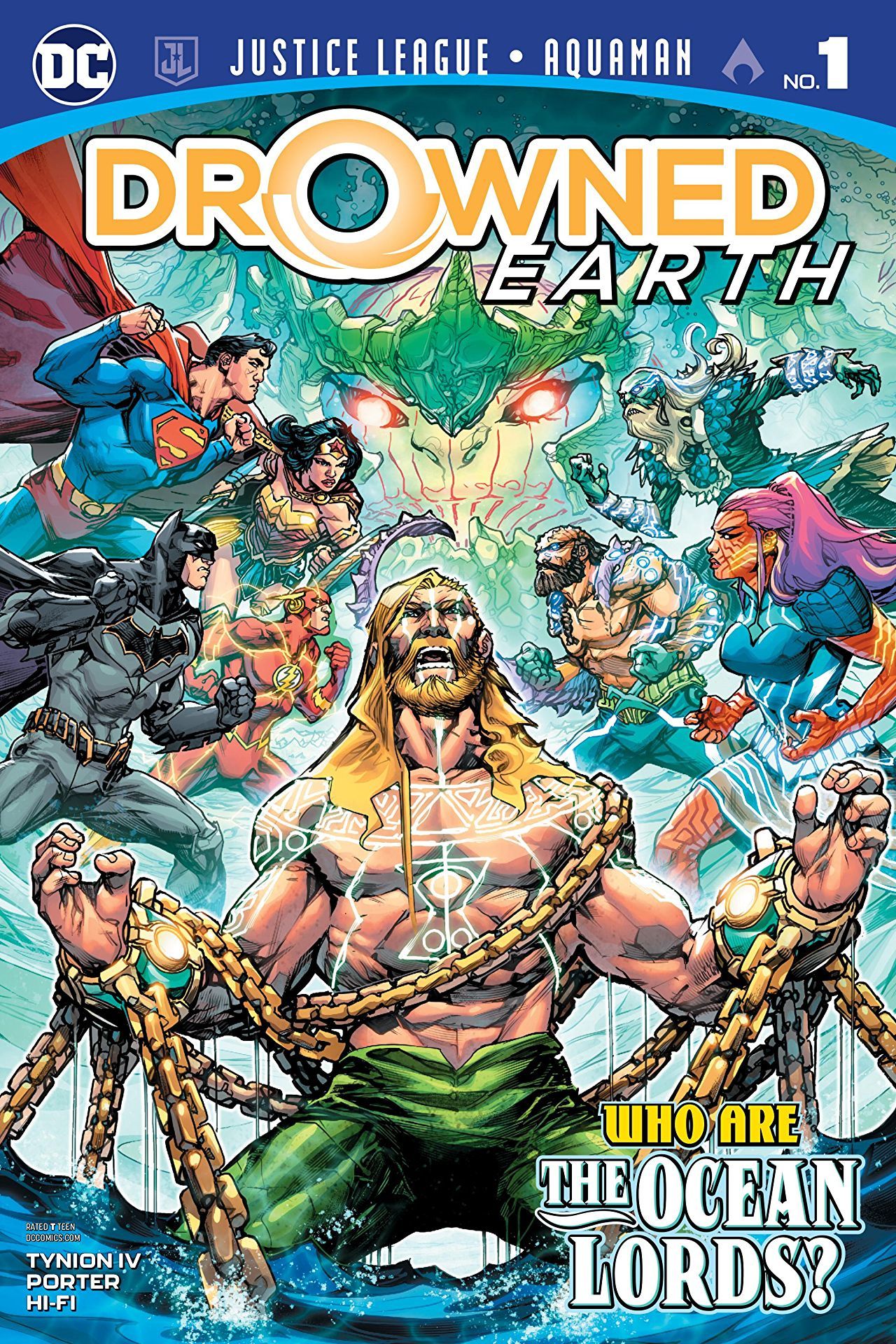 After a prelude that set up this mega Earth wetting event in Justice League #10, Drowned Earth has officially begun in this single issue special. It was an issue that provided a lot of cool moments including a montage of fan-favorite heroes of the DC Universe helping out innocents, a fish monster Commissioner Gordon, and Flash doing what he does best– talkingreallyfast!!

Tynion really showed the depths of the Justice League’s ranks, which I thought was a great addition to the story. Cyborg is off leading a team in Justice League Odyssey, and Martian Man Hunter, Hawkgirl, and John Stewart are on their way to Thanagar Prime. That only leaves Superman, Wonder Woman, Flash, Aquaman, and a broken Batman to protect the world from any imminent threats. But what impressed me was how simple that solution was to rectify. They just called more heroes to help. We get appearances from Miss Martian, New-Superman, and The Ray to name a few. Batman calls them the Justice League reserves. You forget that books can pluck characters from the universe to use, primarily because the most times we see stuff like this is when there’s a big universal tie-in event. It really makes this iteration of the League feel like a powerhouse. It’s kinda like the old Justice League Unlimited series. You had your main seven, but basically, if you were a hero, you could show up and help out whenever.

We also get to see more people turning into fish monsters which is dope. Probably not for them, though. They introduced this old woman that Commissioner Gordon is helping out, and then moments later she gets sucked into the water, and she comes out ready for the smoke. Moments like that happened every other page. This was the “all is lost” issue for our heroes because at every turn they caught another L. Supes gets choked out by an alien Ocean Lord, Batman is stuck in a submerged Hall of Justice, and Aquaman gets his aquatic avatar state stolen from him. They’re literally drowning in the conflict, but that means they can only go up from here. 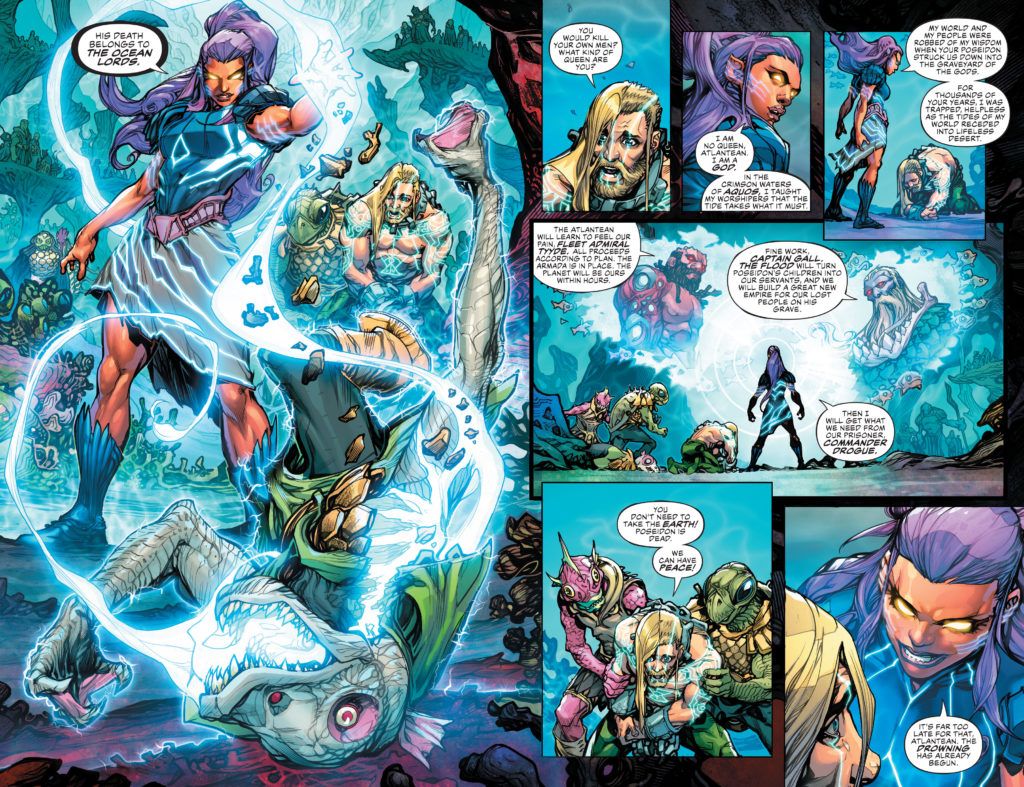 My main problem with this issue was that it felt a bit all over the place. We jumped from Batman to Superman & Flash to Aquaman, and back again. Because of this, everyone’s moments felt spread thin. It didn’t feel as cohesive as issues past. I think part of this was because they had 39 pages to play with rather than the normal 22. This means they could afford to take more liberties instead of being as narratively tight as they usually are. We spend a lot more time with the villains of the arc, “The Ocean Lords,” and we learn that they want to take the Earth for themselves because we got that good good water. Someone should tell them how much fish we consume on a yearly basis.

These big bads also speak in this really pompous way that goes over my head. You know that royal infinite vocabulary type of speak? It’s like that. I had to go back and reread what they were saying just to fully process what was going on. And this arc is supposed to be a bit whacky, but this issue felt cornier than the last. Don’t get me wrong, it’s not lost on me that this is a story centered on fish aliens. But with the rotating creative teams, I can only imagine how hard it is to keep the same voice filtered through multiple people.

All is lost for our heroes as they’re drowning in the rising flood waters of the conflict. There’s a glimmer of hope on the horizon as they regroup and figure out how to get rid of all this purple water.

7.2 Submerged Hall of Justices out of 10