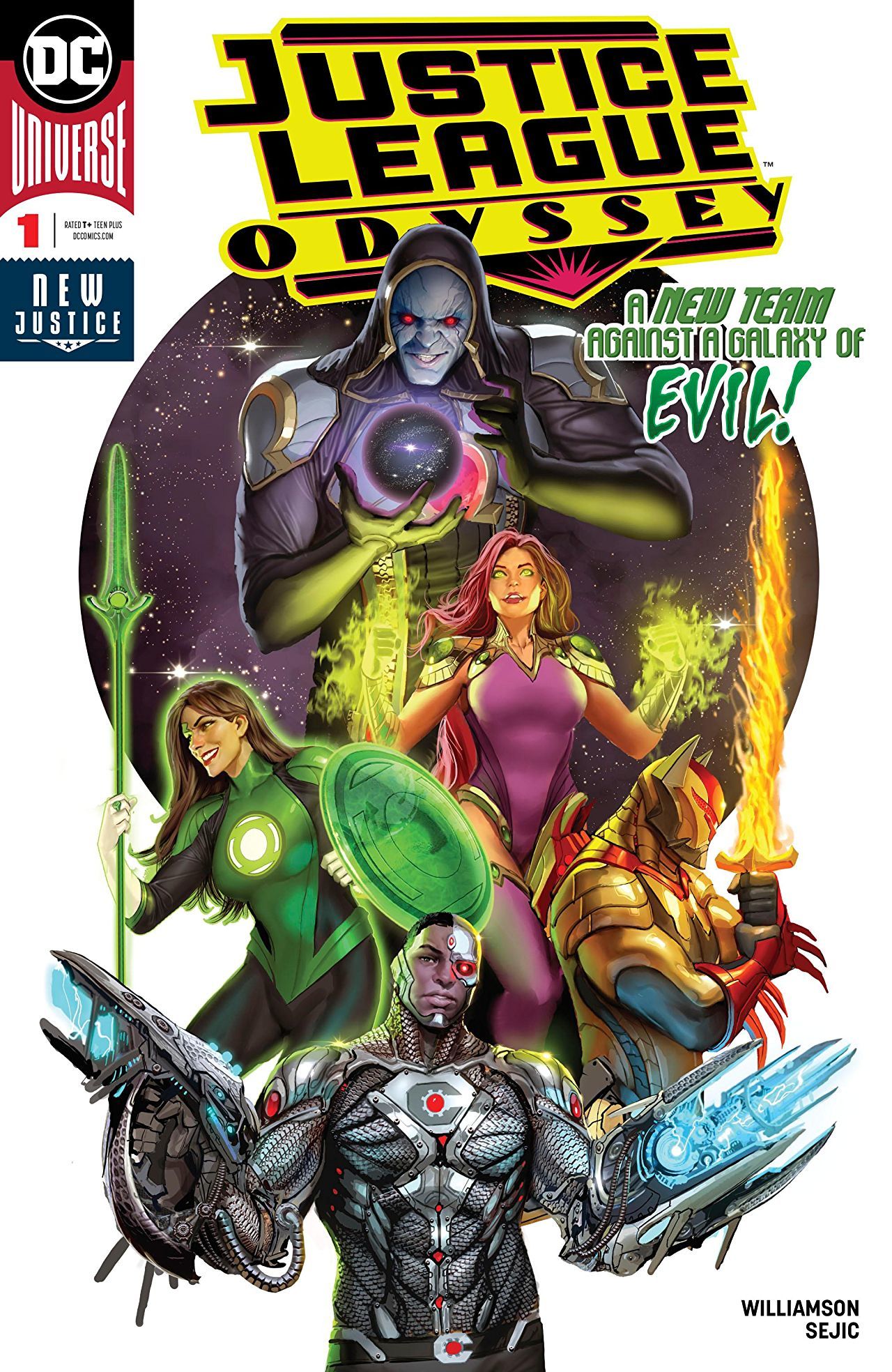 Odyssey follows this small team as they visit the Ghost Sector, an area of space where all the once shrunken worlds previously on Colu now reside. Cyborg, having dealt with the events of No Justice firsthand, feels responsible for these worlds. If they hadn’t intervened, these planets might not be in such a claustrophobic cluster.

The thing I like most about this book is the cast of characters. It’s diverse, but more importantly, it doesn’t feature any of the big three. So these characters are forced to stand on their own, and I think there’s enough potential agency between them to do so successfully.

The setting is something to appreciate as well. The Guardians of the Universe have set the Ghost Sector off limits to anyone but the Lanterns. So it’s largely unexplored, save for the few known planets that exist there. With a setting so vast and uncharted, the tone isn’t hard to establish. This is a lawless, unpredictable area of space that has the potential to surprise us as the series progresses. 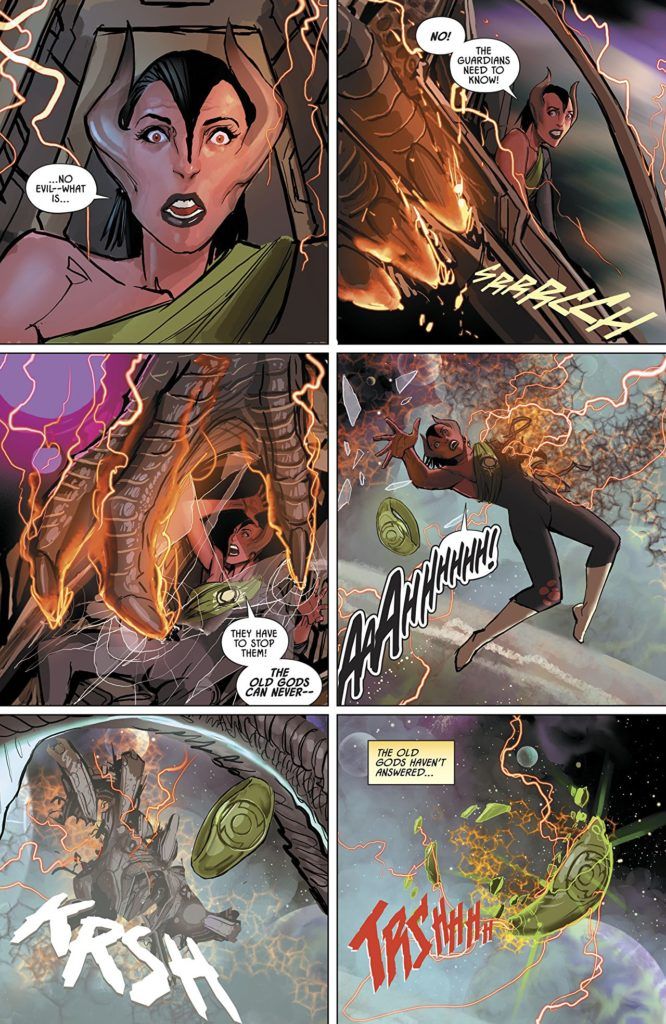 Stjepan Sejic is on art and colors. There’s so much room for interpretation on the wider shots of space, which he takes advantage of every chance he gets. Once we actually visit the planets, the landscapes that Sejic delivers feel both unique and authentic. This is a much-needed touch when introducing a bunch of planets that the reader knows little to nothing about.

I’ve got one issue with this book, but it doesn’t have much to do with the story itself, or the team behind it. It’s more about how mainstream comics deal with continuity. Since this series is under the Justice League banner while putting Cyborg front and center, it’s hard to place precisely when this is all going on. This is the same type of stuff you see with the abundance of Batman books on the shelves. Which one is the most canon? In a story that’s directly tied to the flagship title featuring a character that is used prominently in two books, the level of chronological narrative should be addressed at some point.

Following No Justice, Justice League Odyssey sends a diverse team of heroes (and one mad, manipulative villain), to the far corners of space. While it may be a bit hard to place in regard to the main Justice League title, this is still a book that feels like it will have some big implications on this new and expanding DC Universe.