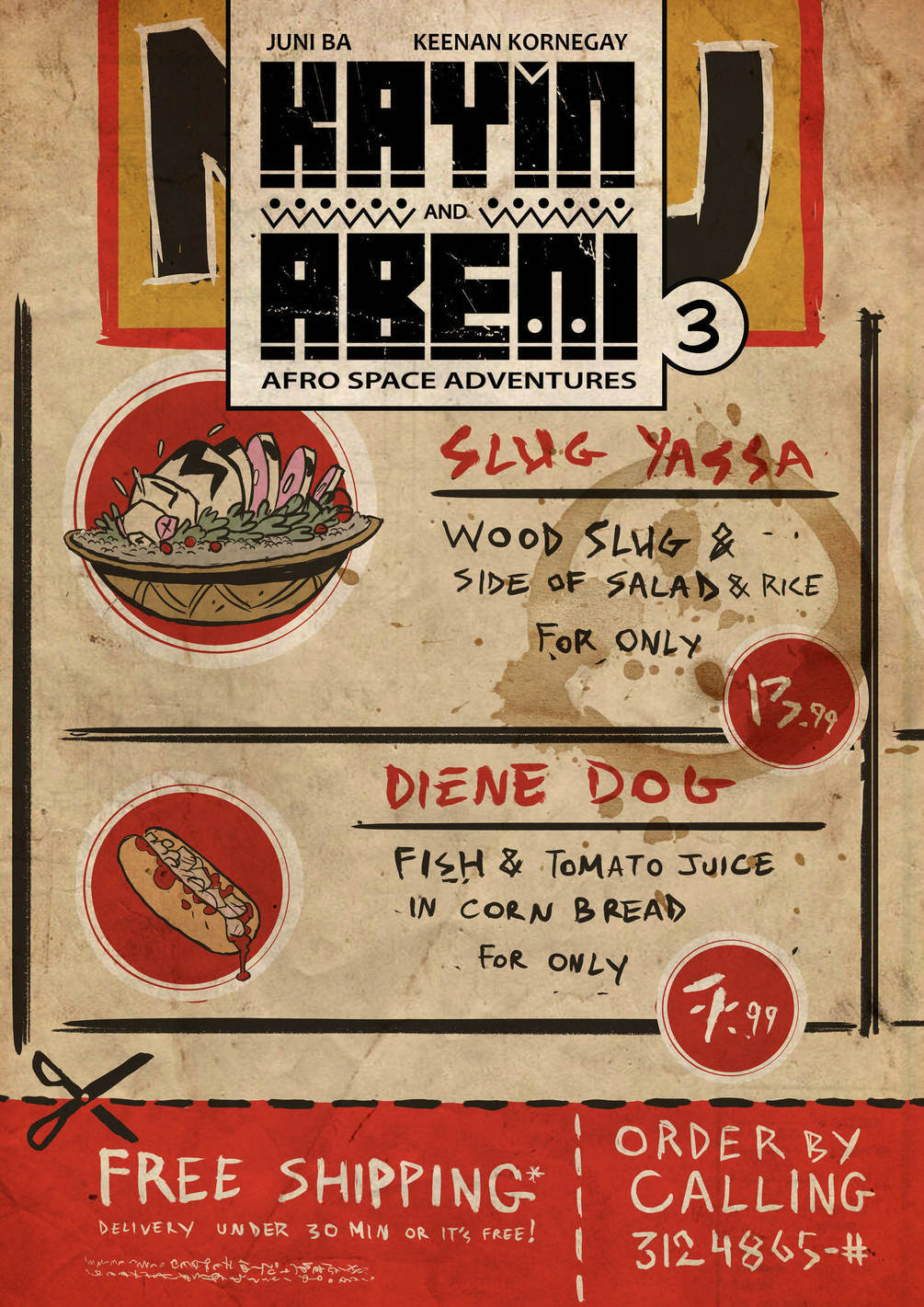 Kayin and Abeni is rekindling my love for comics. Like, for real. This is coming from someone who has read more comics than actual books. Independent creators are the best because they can do whatever they want, whenever they want. And it’s instances like this where that really pays off.

Issue #3 is a day in the life type story where the two cousins need to make some quick dough, so they accept a courier job to transfer a space slug to its destination where they’ll get the cash. Setting up a MacGuffin like that is a great way to rope the audience along. This series is still new, but at this point, we care about these characters enough to want them to succeed in their endeavors. It also doesn’t hurt that the space slug (named Slugo) is cute as hell. Because by the end of the issue, you’re really feeling for the lil’ homie as well. 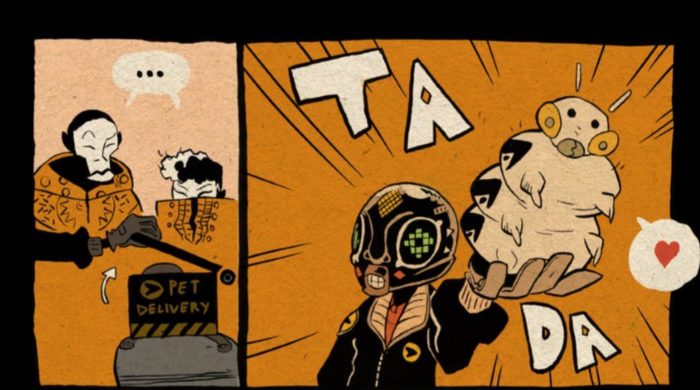 The story is something we’ve seen before, but what makes this issue shine is the dialogue or lack thereof. Ba throws traditional chat bubbles out of the window and relies solely on abstract representations of words and emotions.

Of course, this isn’t the first time a comic has done this. Hell, I just reviewed one a few weeks ago where this was prevalent. But I’ve never seen it done with every character for an entire issue. 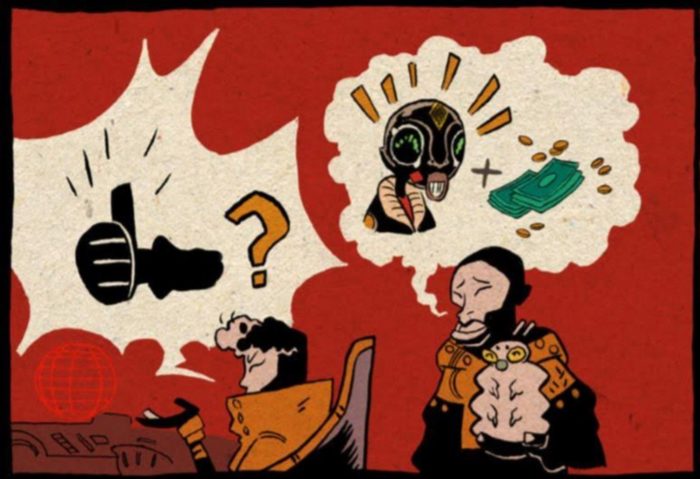 Conveying dialogue and emotion in such an abstract way makes things less definitive and more subjective. And by doing that it gives the reader a lot more control than they would normally have. Obviously, the plot is the same no matter what. But the way it is perceived now has a broader spectrum. I liken it to reading prose. The words are the same for everyone. But words mean different things to different people, so everyone has a unique experience that can’t be duplicated. Ba is very particular in his choices, too. He makes sure to choose things that are universally understood so the reader doesn’t fall into confusion. The one tiny gripe I’ll give this issue is that it takes a bit of getting used to. However, that’s no fault of Ba’s.

The work of art

But have I talked about the art? Let’s talk about the art. This ish is unwavering! I mean there is never a dip in quality. I don’t mean that to sound like a complaint. I’m just impressed. The illustration is so particular and stylized, that it puts a smile to my eyes. Yes, you read that right.

Kayin and Abeni continues to swing for the fences in its conventions and storytelling. And I’m here every step of the way. If you liked and or are interested in the words I had to say for this issue and series as a whole, pick up the comic here, and witness greatness.