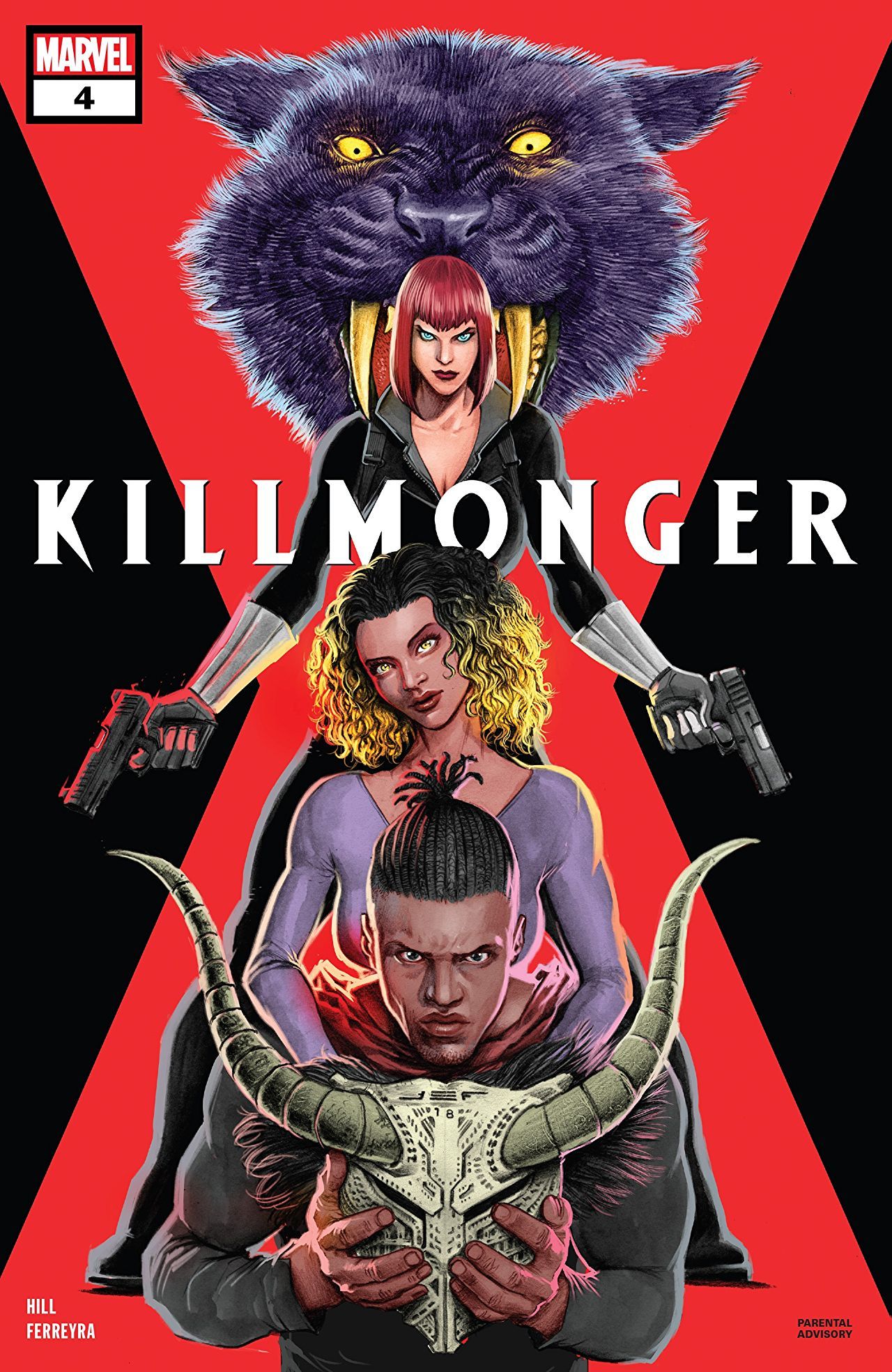 This book is bad. It actually pulls off the spectacular feat of getting worse when I didn’t believe that to be possible. Killmonger #4 was another opportunity to breathe some life into Killmonger’s supporting cast and add some weight to the world around him. Sadly, Hill squanders this chance worse than the Knicks squandered Kristaps Porzingis.

First of all, I would be remiss as a critic if I didn’t point this out as one of the most hideous comic covers I’ve seen in years. Look at it. It very much represents the “all over the place” nature of this book. Now, if Killmonger had been sold as a series about a doomed character that was close to Killmonger during his formative years, who is forced to do SHIELD’S bidding, I might have been able to allow this book some clemency. However, Erik’s semi-girlfriend Knight hasn’t been built up enough outside of plot utility to give anything she does in this issue any real gravitas. In fact, there are moments when it seems like Hill loses complete control of the plot in favor of maximum action and mayhem. If Knight is a super strong mutant gun for hire, why does she need other guns for hire to stroll in and do her dirty work for her? Why does Black Widow, an Avenger and field agent, need a low-level assassin to bring some guy in out of the cold when she could easily do this herself? 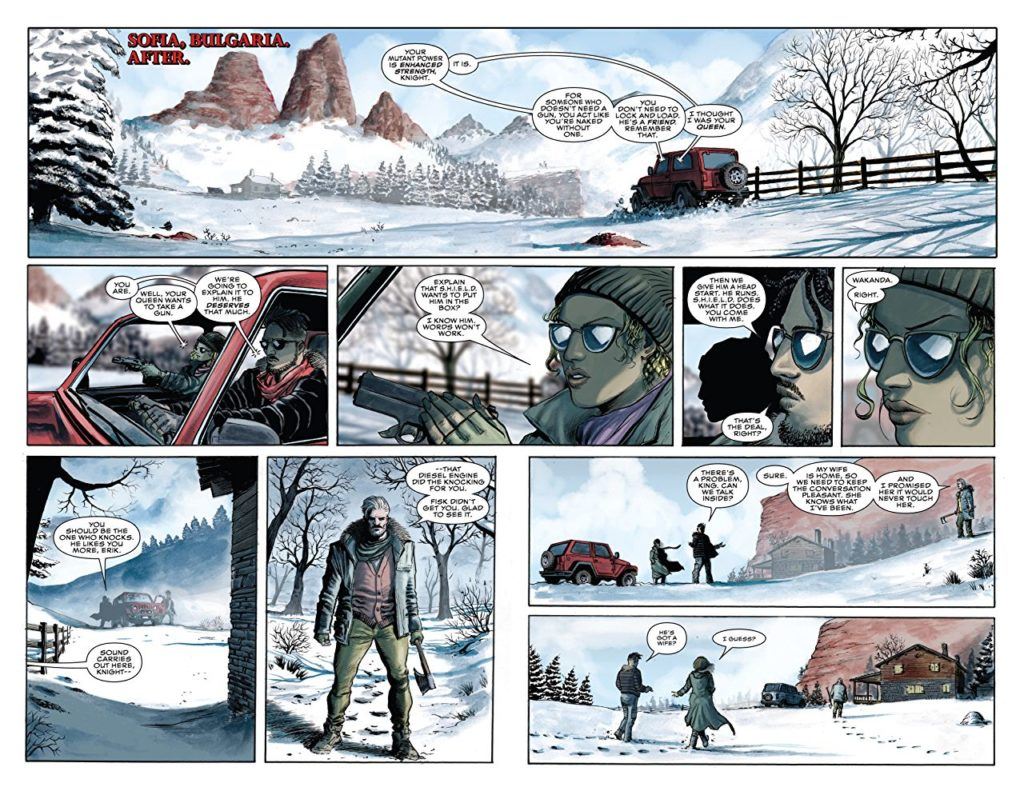 The one interesting aspect of this whole story — Killmonger turning his back on the panther god Bast — was completely soured by the emergence of an entity that hasn’t once been alluded to in this entire series. Erik Killmonger is a villain with a simple, straightforward origin. He’s the Black Panther’s physical and strategic equal (some say superior). That’s more than enough to center a story on without these extra, nonsensical flourishes Hill keeps trying to add with all the subtlety of a Liam Neeson anecdote. It’s like how a joke isn’t really that good if you have to explain it. Eyesore of a cover aside, Juan Ferrerya does a mostly decent job with Hill’s ailing jalopy of a script. The color palette, though a little duller than I would like, still manages to establish a certain morose tone and mood throughout the lion’s share of the story and then set a livelier scene during the “dream” sequences, painting the more Wakandan elements of the story in a brighter light.

Bottom Line: A mostly good looking, well meaning narrative that doesn’t even begin to reach its potential. To call it “a hot mess” would be an insult to all the hot mess comics that paved the way for terrible comics that are still better than this one.