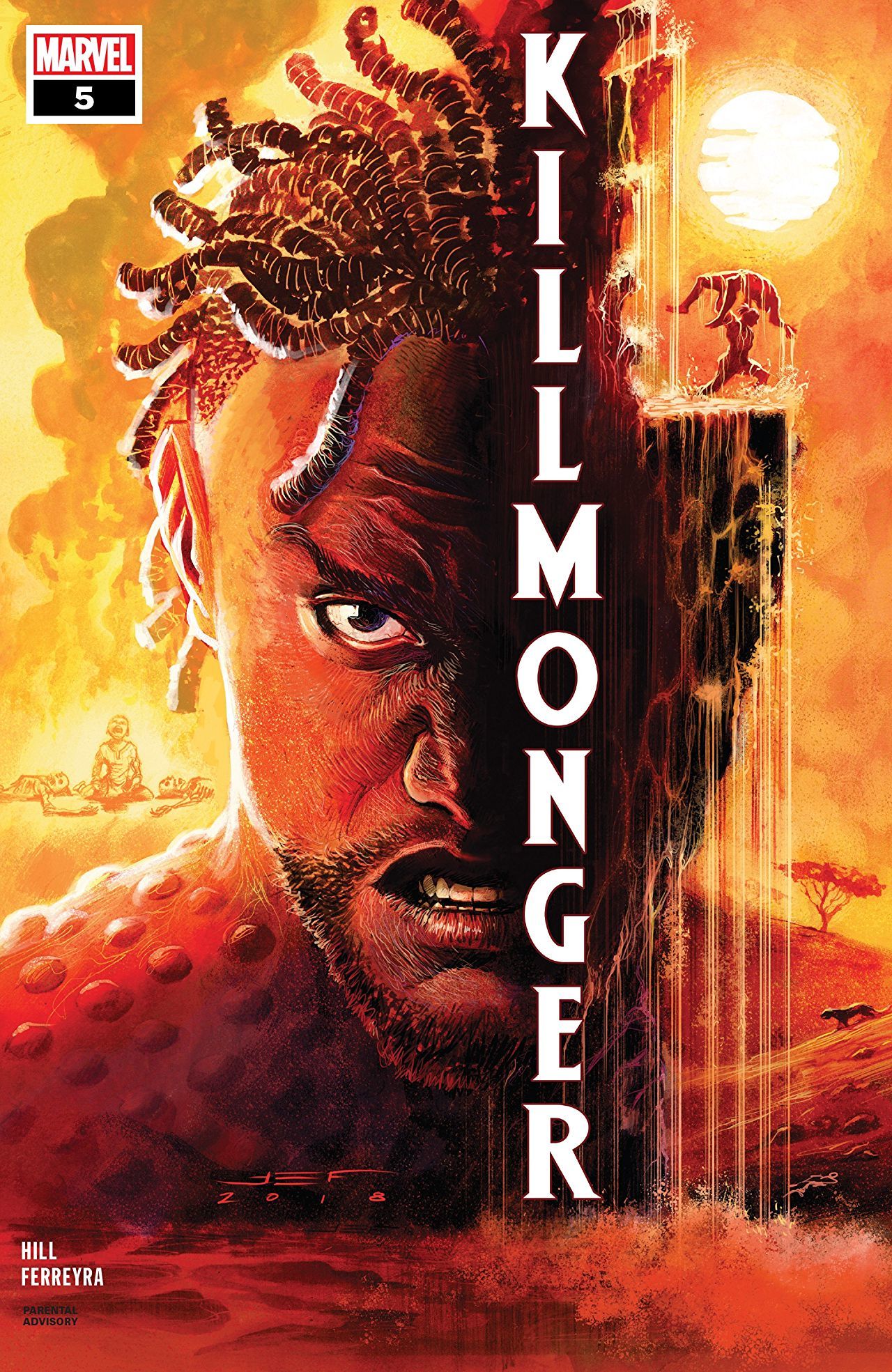 I don’t really have any opening flourishes about what makes a good or bad comic. If I’m being completely candid at the risk of my editor’s facepalm, this book doesn’t really deserve even deserve the fanfare and literary razzle-dazzle it would take to insult it in this way. The sad fact of the matter is that aside from visuals, Killmonger does not offer any of the amenities it takes to make a comic book pleasurable to read. It’s like an Airbnb that only has just enough of the things that make someone want to stay in an Airbnb. It’s got wi-fi but other than that, you’re probably better off staying at a hotel. 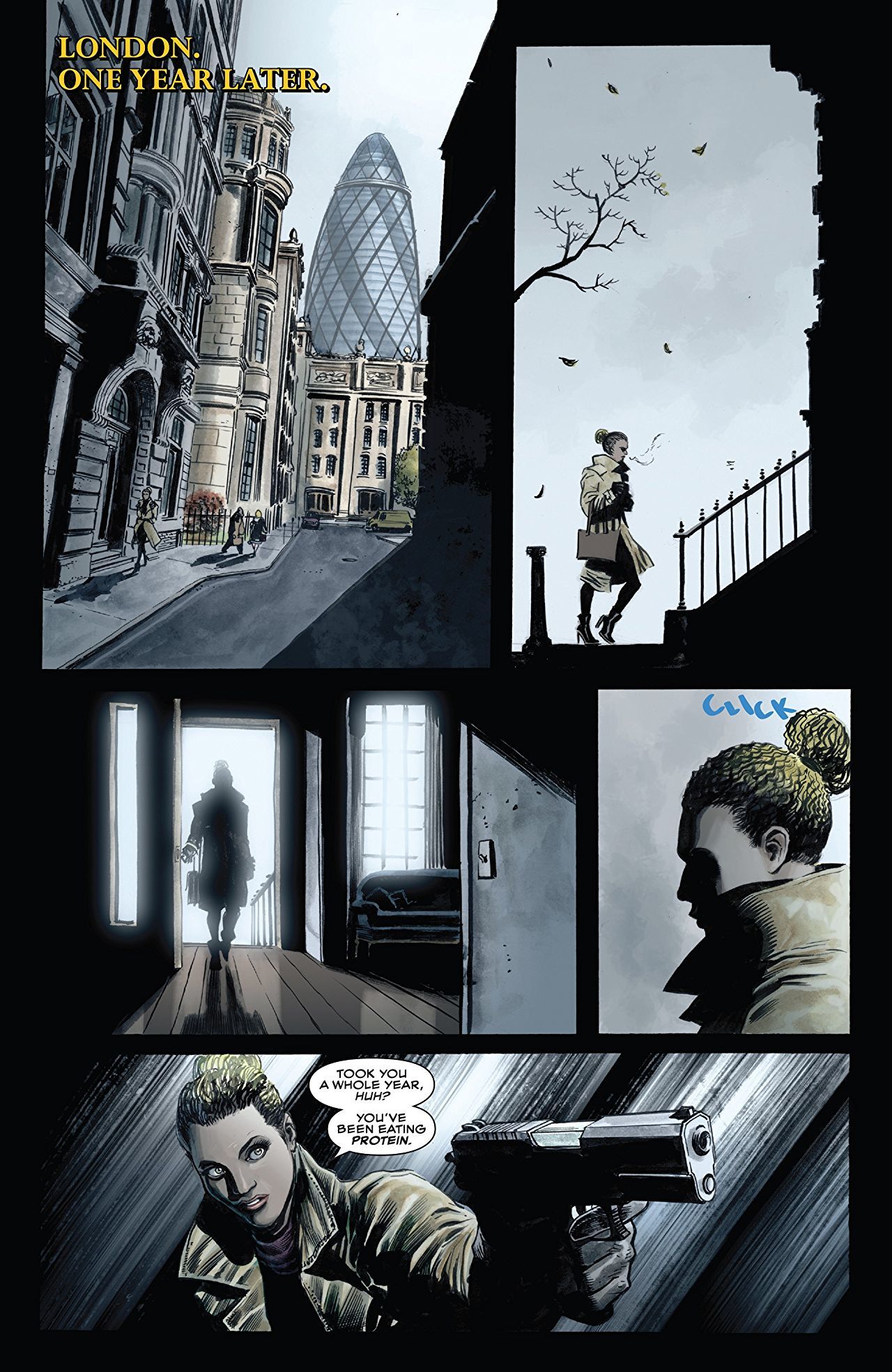 One of the few things this issue did right was try and tell more of Knight’s (the most interesting character in this book) story a year after her betrayal of Erik Killmonger. There’s things that work in theory. Being that Killmonger, when held up to the light, is essentially what Black Twitter would call Crossfit Tariq Nasheed, it makes plenty of sense that he would feel slighted enough by a woman to want revenge. But the chain of events barely resembling a plot that this particular revenge package comes in is so convoluted and bizarre in execution, it’s more than a little tough to take seriously. Why would SHIELD agents…trained members of a SPY agency…leave a documented snitch alone with a networked computer and just tell her to “turn the lights off when she’s done”? 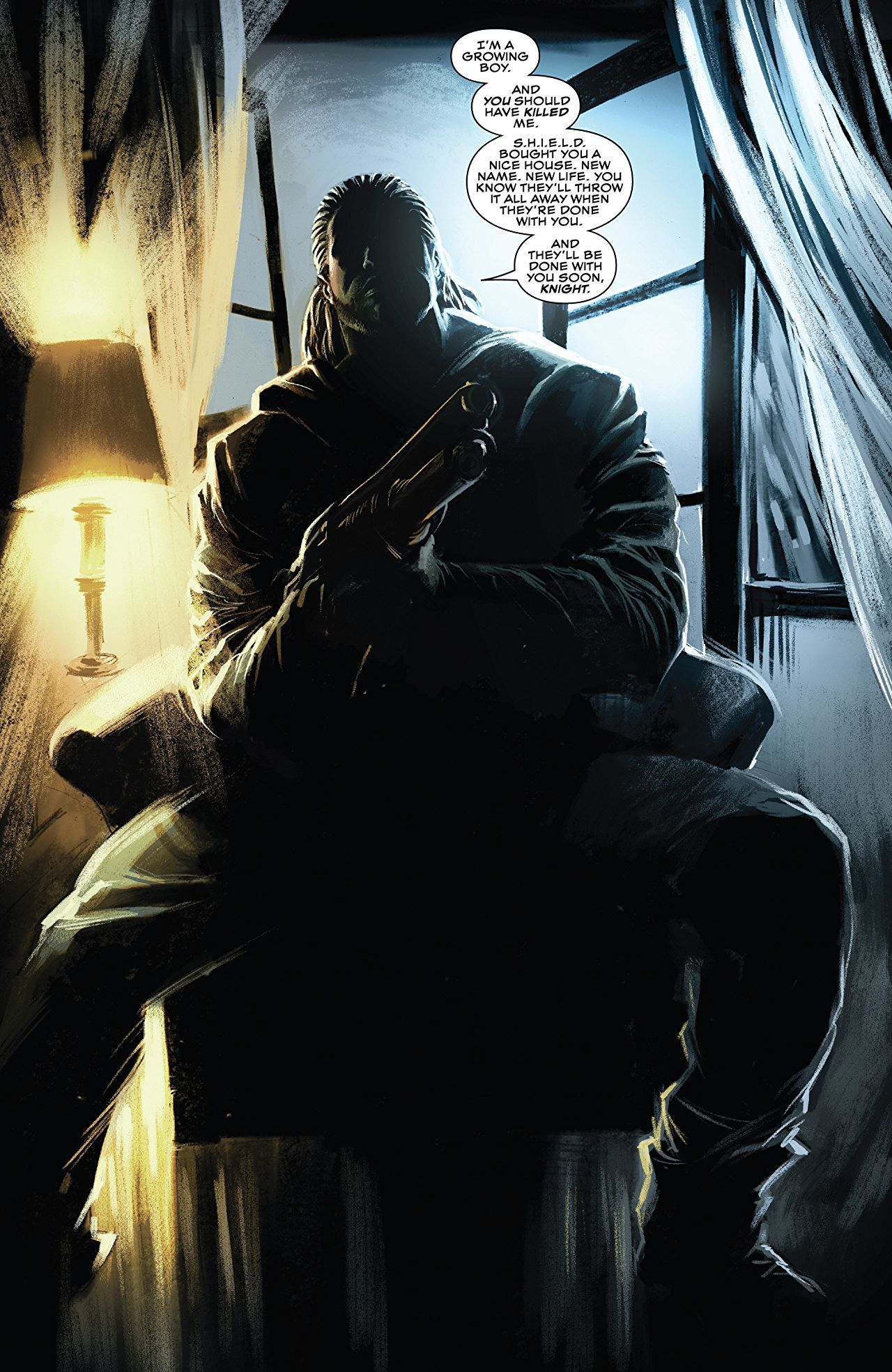 What’s the point of framing someone for a crime if you’re just going to kill everyone that would have taken her to prison? What’s the point of this weird “anti Bast” god Erik prays to throughout the book? If it’s meant to be a retcon of the Black Panther mythology, it’s not a good one because it’s not even alluded to that we’ll ever see this entity again or that this entity even mattered outside of the immediate plot. In fact, nobody in this book seems to matter outside of propelling Killmonger from one action beat to the next. It’s sad that the action scenes Juan Ferreya pencils so well are so squandered in such a meaningless story. If any of the happenings made any rational sense, they would be more amazing to look at. But without a coherent script, you’re just flipping pages.

Bottom Line: An appropriately tepid ending to a tepid book. If you hold this comic to your ear, you can almost hear Bryan Edward Hill saying, “Oh, screw it” on just about every page. A colleague of mine put it better than I could when he said this pointless cash grab reads like it was Marvel Studios instead of Marvel Comics. What a bust.

5 Heart Shaped Herbs out of 10