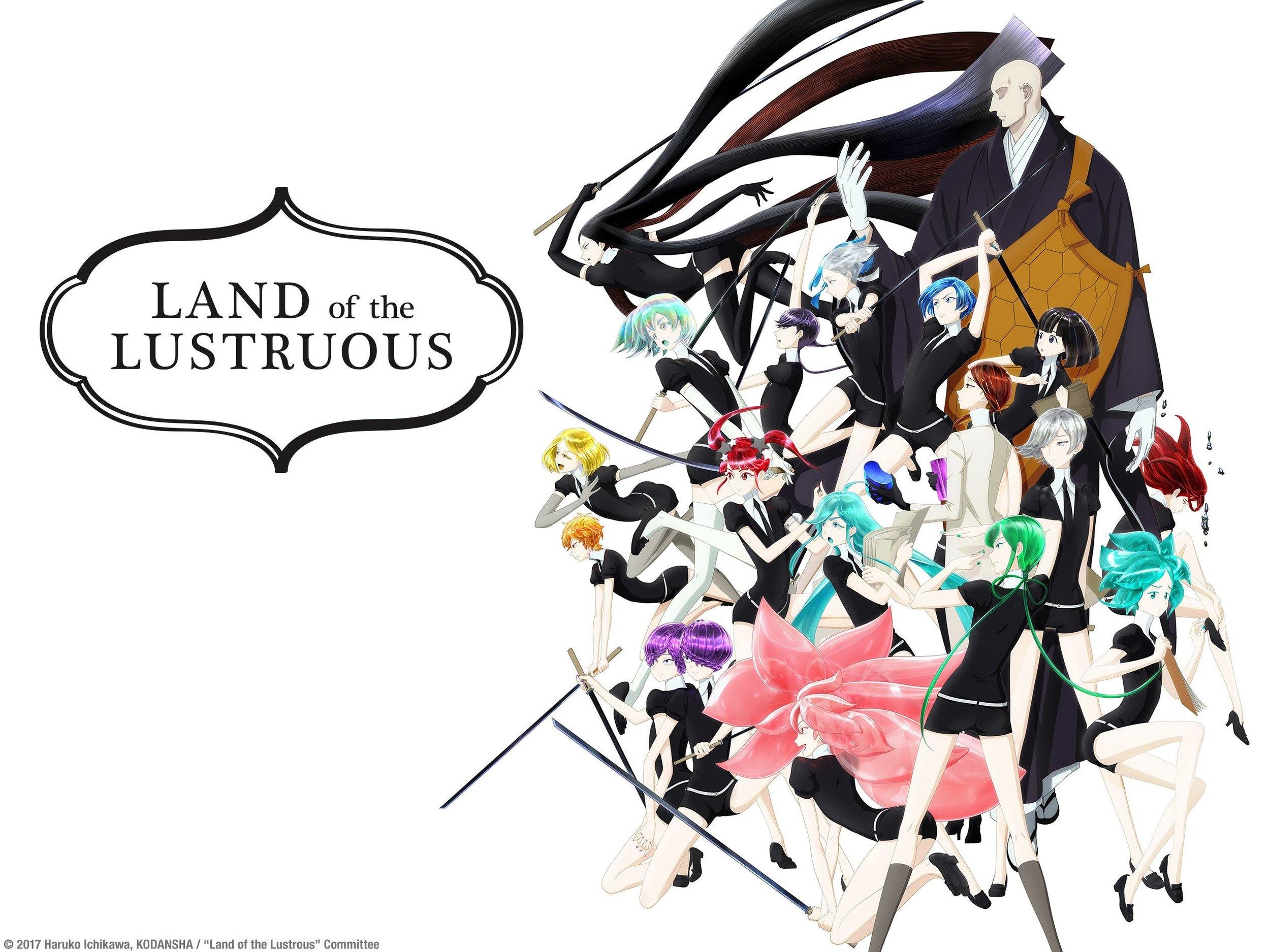 Anime has taken it upon itself to teach us science. With Cells at Work blessing us with the inner workings of the human body and Land of the Lustrous literally shining a light on minerals, the only question we have is when will anime become a part of the core curriculum? Land of the Lustrous or Hoseki no Kuni is an anime that blends humor, action, self-worth and a myriad of other themes. This anime showed what CG animation could truly accomplish while simultaneously weaving an intricate storyline that somehow had room to incorporate a giant snail. So, without further ado, let’s give thanks to Land of the Lustrous.

Land of the Lustrous takes place in the future. In an unknown year in an unknown land, immortal life forms called the Lustrous, humanoid embodiments of gemstones, carry out their day-to-day lives. Each gemstone has its own hardness level which usually serves as an accurate representation of their combat effectiveness. There are 28 Lustrous who are led by their sensei, Kongo, in a never-ending defense against the Lunarians. Lunarians are these beautifully weird cloud monster things that come out of the sky like Arrancars from Bleach. They want to harvest the Lustrous. Our main story begins with Phosphophyllite (Phos) a 300-year-old Lustrous with a hardness of 3.5 who yearns for a greater purpose in their life.

The story follows Phos after they’re assigned to create a natural history book, a task they’re given because they’ve been deemed unsuited for battle. Because they have no experience doing anything for 300 years, they’re told to seek out Cinnabar, a Lustrous acting as the night watch. After some hilarious interactions, Phos promises to find something that only Cinnabar can do. From this premise, Phos embarks on a quest for self-discovery while the other 27 Lustrous lend their own versions of a helping hand while simultaneously losing theirs.

On the surface, the storyline of Land of the Lustrous may not seem like much, but after adding the mysteriousness of the Lunarians with the quirks and motivations of each Lustrous, it becomes clear that the story only serves as the framework while the inner workings of the characters and small intertwined stories provide the true meat of the show along with the stellar CG animation.

Land of the Lustrous utilizes every single aspect of CG animation with 3D character models. The way the light refracts off of the Lustrous’ hair to make it look like actual gem material is picture perfect. Action scenes use a variety of close-ups that blend 2D and 3D seamlessly with fight choreography that captures you in ways you won’t expect.

By blending 2D and 3D, the Lunarians are depicted mysteriously and beautifully. They aren’t identifiable as individuals but as a mass, making you feel detached while yearning to learn more about them.

The soundtrack of the show is breathtaking from the subtle yet haunting intro to the hopeful and somber ending. Mix those with a few rambunctious battle tracks and melancholy melodies and you’ve created a perfect combination.

Land of the Lustrous is a beautiful show that gets better with each episode and by the end, you’ll be wishing for more. Although it may be a year after its original debut, let’s give thanks to this show for not only proving that CG is a viable option for anime, but also for creating memorable characters that will resonate with you long after the series ends.