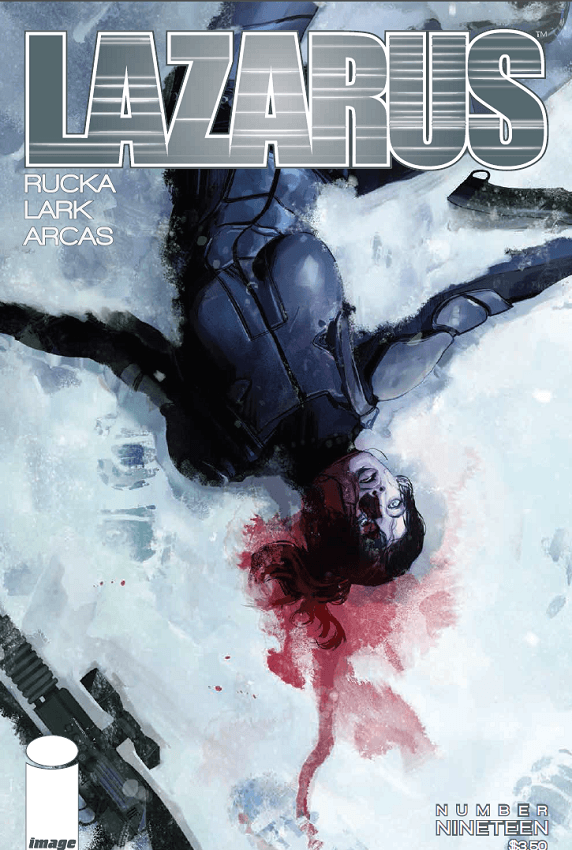 Corporal Casey Solomon, you’re up! After last issue where everything was going great (in the middle of a war) until Forever caught a hot one to the dome and went down without getting back up, the squad was, let’s say… a little shook. The most unstoppable killing machine in the known world just got the full stop pretty unexpectedly. Casey seems to be the only one that doesn’t freak out and is driven to carry out the mission, as hopeless as it may seem. This will probably be a good time to get a fuller study of Casey, as the arrival of her as a Fireteam leader (for the readers) was definitely preempted by the arrival of Forever when this mission began. I look forward to seeing more of her personality, and especially some examples of why she was given command of such a vital mission. The fireteam is a big important part of the story, but it ain’t the only one, for damn sure.

The star of the show this month is the Carlyle family drama and how the siblings are dealing without Papa Carlyle’s leadership in a crisis scenario. Stephen is completely overmatched, Beth is struggling to keep it together as she deals with trying to heal Malcolm and Forever’s grave injury, but Johanna… well, let’s just say that she is on some other shit. She’s not worried about the crisis that is happening, she’s plotting on what comes next. And it seems to involve another Lazarus not named Forever. That storyline could be pretty incredible. 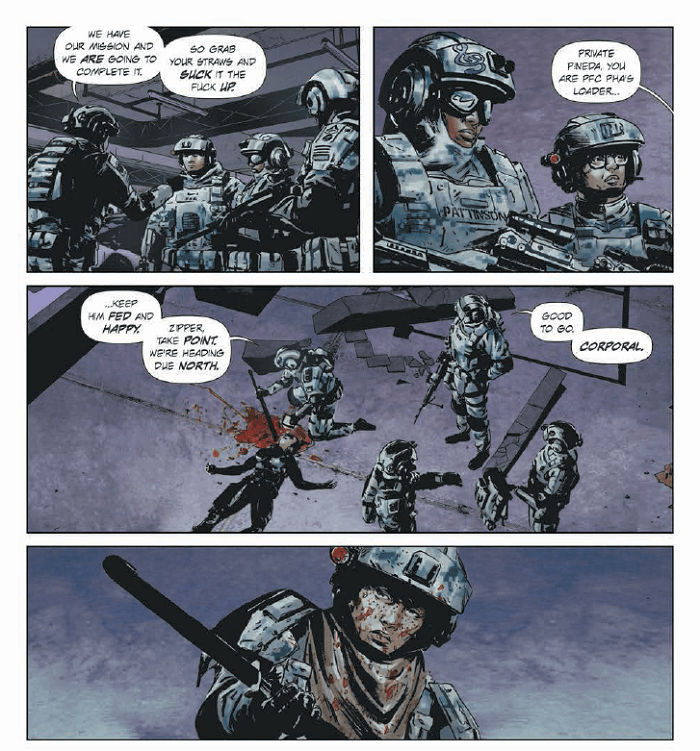 [divider type=”space_thin”]
And as I say this monthly, Lark really shines here in the calm and in the storm. His pencils are great in the quieter or at least more talk heavy portions of the issue, but there’s an action sequence that is all rage and primal carnage that he gets across in exemplary fashion.

Lazarus is building up to something big, as usual. The plot threads have wove themselves together and it looks like the world that Rucka and Lark have built might change profoundly over the next couple of issues. I for one, want to see where that ride goes.