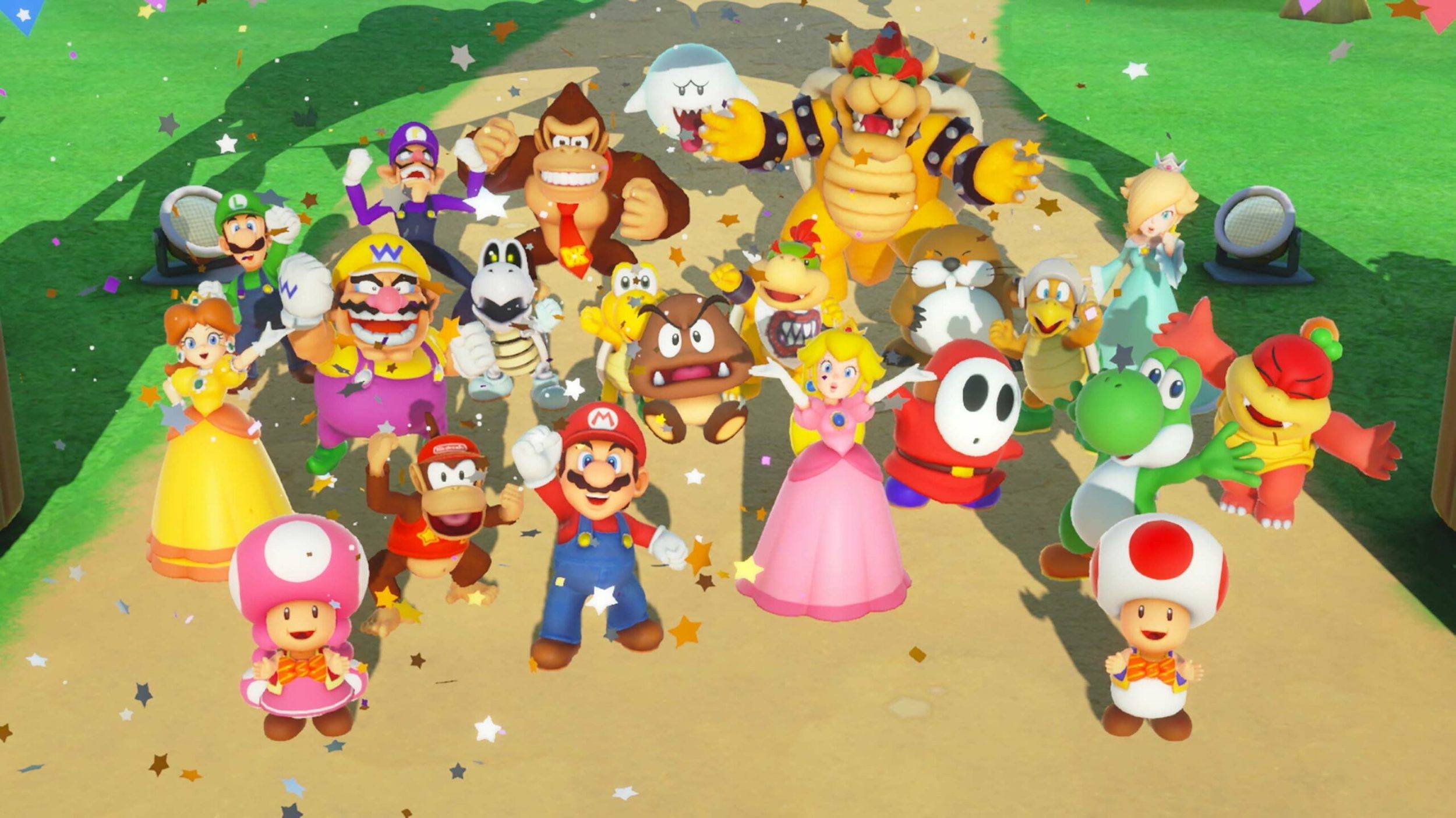 Reel in the Farewell Screams

I played Mario Party for the first time at my best friend’s going away party back in 2019. A sentimental party game to break up our girl group before she dips on us for her now-fiancée. It started when I sat down with two of my girls on the small Switch screen because the TV was occupied. While screaming in a corner, my friends and I pulled through with our “mains”; Rosalina (me), Yoshi (Sierra), Mario (Tricia) twisting around the board and being petty without looking at each other in the eye.

What makes Super Mario Party one of the pettiest games of all time, is its unpredictability. In party games there’s a form of “consistency.” If someone is ahead, you can kind of figure when an opponent is creeping up, or you’ll be able to tally what makes something an “official win.” But with Super Mario Party the ability to flip in-between winning and losing is awfully uncomfortable. The first time I played, I ended up pissing my friends off by winning off bonuses alone. Coming back from third place, with only one star to my name and ripping through the ranks definitely gave me a quick boost to my ego. But if there is anything that I should have learned about Mario Party that folks have told me before, no hopes and dreams live here.

Earlier this year, before I moved out of my parents place I decided I would like to leave my mark by igniting chaos. “Buy Mario Party and play with your dad for old times sake.” My father assumes that whenever I’m winning in a game, I’m somehow cheating. He’s a sore loser.  But he frequently loses in super aggressive games like Mario Kart and Tekken that rely on reaction time and also knowledge of your surroundings for success. “Mario Party moves slow enough to give him a fair shot to lose miserably,” I thought to myself. Audience, this was not what happened at all. There I was, at the stone domino board, the classic “nothing detrimental can possibly happen” level and yet, detrimental things were happening.

Mario Party is the type of game you walk into with ointment because the burns run deep. My father was doing better than I thought, and for a second, thought he would have won.

We never truly got to finish that game as I had to run back to my room to finish packing, but the fact he felt comfortable enough to not call me a cheater was the problem. After I left, the gears started shifting in both of our heads but in different directions. Ironically, Mario Party became a “turning point” game for me. Dealing with my newfound freedoms of finally being on my own came with this emotional shift, similar to the Bowser dice. 10 spaces forward on good days, stillness on all the others.

On Days the Dice Becomes Anxiety

I speak a lot about my agoraphobia symptoms, how it claws at my heels when I move towards my door. I often create escape routes for my guilt; work schedule, pandemic, genuine excuses that can make me take off my shoes and play a video game in fears that the outdoors will strip me of what emotional energy I have left. Some days I roll the Rosalina dice before I step out the door to convince myself to save money. Maybe something dangerous is happening, it’s scary being a Black woman and all.

I pick up Mario Party on days reality feels like an out of body experience. I wake up, in my own bed, contemplate loneliness, my mistakes whatever is left. Growing up in a Caribbean household felt like a constant circle, hitting the special event markers waiting for the bombs to go off. So now after I’ve prayed for silence, it scares me. My best friends are miles away on the same island. I pick up the game and move a couple of steps with the hopes I’ll see them eventually; plan out menus, practice my greatest Mario Party strategies so that by the time they visit my wins will be inevitable.

I Fear the Game Most When The Board is Quiet

It’s easier on the days my partner came to play, his betrayal on the board kills me every time. He’ll be far behind and all of a sudden, he’ll speed right by me with the end game bonuses. I enjoy this because unexpected losses in video games are safer. Mario Party teaches you capitalism at the first of every month trading in all of your coins for a star. The “Friendly reminder” that rent is due slips in-between the crevices of my door. I’m reminded, I’m trading coins for peace, trading coins for safety; none of which are guaranteed because Lakitu teaches these can be stolen. I’ve learned to battle this with affirmation that the star is bright and is always within distance.

On the days it gets hard, I invite my partner to play Mario Party with me andgo on weather permitting nature strolls. On the days I am alone, I fight for this strength, others I leave it up to probability. Mario Party began with departing from my best friend and remained significant as I moved away from my parents. I’ve used these worlds to relax me and disconnect to help me relax in this isolation I’ve been pleading for. I do fear the game most when its quiet, but I love clear paths to the star more than I hate sacrificing peace for nothing in return.