[quote_simple]Remarks on the big two, history of the function of canon, and what indie comics need to thrive.[/quote_simple]

When the general populace thinks of comics, they think Marvel and DC, which makes sense given how high profile their transmedia franchises are in global culture. That said, this mainstream adoration of comics as a narrative medium has given the world a very active and highly potent indie comic scene. Don’t be surprised if I use a Marvel or DC reference to make something clear (my condition has been conditioned), but much of what we love about comics today is the result of some plucky and intrepid folks who chose to do what folks said couldn’t or shouldn’t be done. That said, enter Michael Watson and his entry into the comics foray: Legacy Rising Publications. The world that comes to be after the well-kept secret “Zero Event” imbues folks with powers, Watson brings his company to the block heavy with a roster of genuinely diverse stories, characters, artists, and more moxie than you can shake a stick at. We’re highlighting a few of the number ones and number zeroes Legacy Rising offered us in good faith.

What Vigilance attempts to do: Vigilance #1 has the capacity to be awesome but falls short in a few ways. What it attempts to do is drop the reader into this character’s world, and build backstory as it goes along. This is a popular form of narrative these days (Adventure Time and Steven Universe, for examples), and Vigilance fills in the pieces very slowly. The pacing of a #1 is important, as it sets the stage for the rest of the arc. It goes by pretty fast, but in the page-turning, “I need answers!” kind of way. Micah Cox provides writing more suited for a novel, nuanced in its politics and only slightly monotone given the high stakes (and high-power level of Vigilance); saying more than it needs to, but taking great pains to make sure the reader can follow the narrative. On the other hand, Valdeci Nogueira offers up dynamic artwork, reminiscent of John Romita Jr.’s grit but with a polish that lends realism and grounded weight to the world. 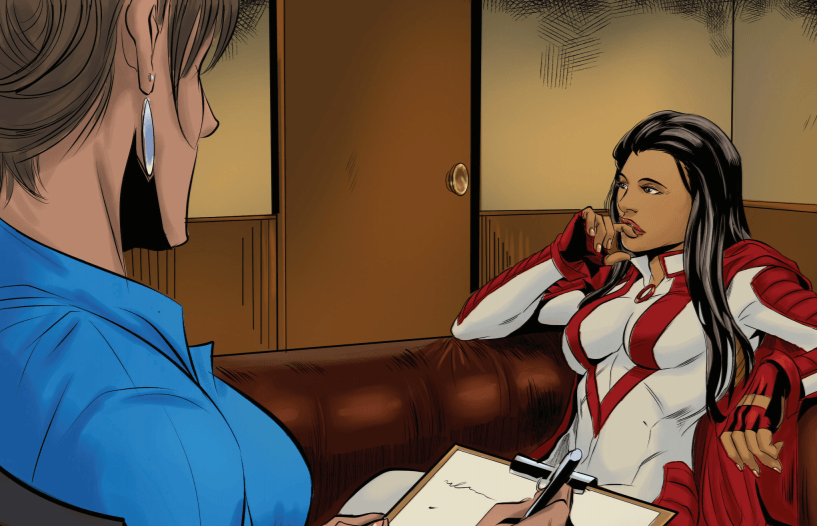 How Vigilance comes across: It plays in the world of comics archetypes that already exist – this book plays into the many of the tropes we’ve come to learn from Superman and Hyperion – the invulnerable hero with a mysterious history. This one of the oldest archetypes in comic history, but to have this character be a woman and, furthermore, a brown-skinned woman, turns the archetype on its ear for the reader. In many ways, this is the first time we’re seeing this story told, seeing this character interact with the world and in seeing the world react to her power is an altogether new thing.

The delight of seeing black and brown people in various positions: It joys me to see the amount of black and brown people in this book. Politicians, reporters, military, plain old pedestrians! We actually exist alongside the rest of the country’s citizens! The format of the story and the looming secret of the Zero Event leave plenty of room for Vigilance to grow and flesh out its landscape. 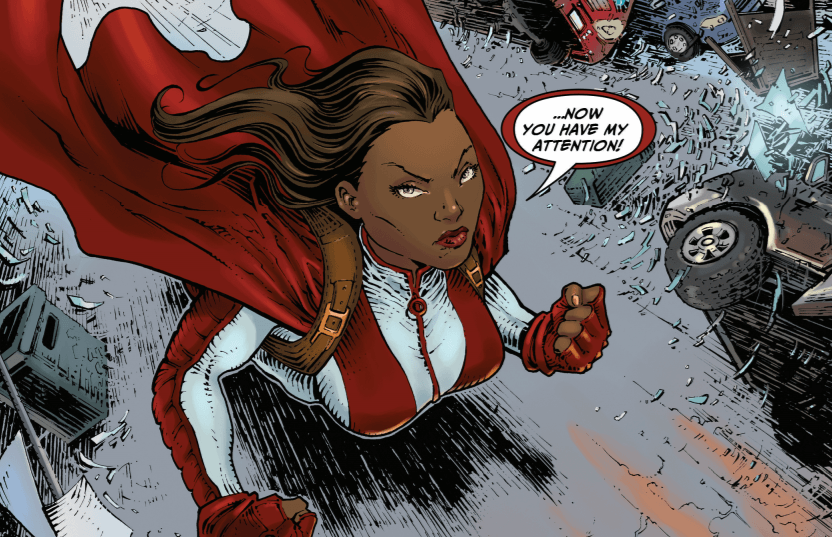 Finally: Vigilance #1 doesn’t deliver the narrative gravitas necessary to validate the power of the main character. We need to know much more about why she requires that much strength and what lies before her. Much of the professionalism of the book comes from the strong, tough visual atmosphere Nogueira brings in. That said, the book has good bones, and with care and attention to the relationship of writing to artwork, has the capacity to be one of Legacy Rising’s best entries.